Looking for the PUBG Mobile 2.2 patch notes and leaks? We’ve got all the latest information! The next major update for the popular mobile battle royale is just around the corner. And developer Krafton has already started revealing some exciting new details in regard to content we’ll see in the 2.2 update. If you are wondering when is PUBG Mobile 2.2 update coming out, you are at the right place! In this guide, we share the PUBG Mobile 2.2 update release date, as well as info about the new content, including the new Nusa map, and more. 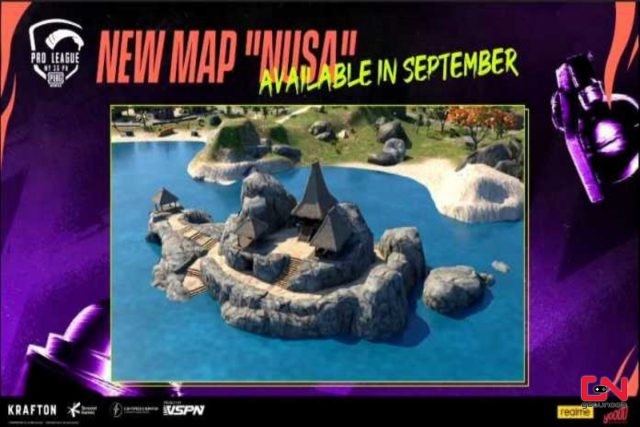 At the time of writing, an official release date for the 2.2 update hasn’t been shared. Krafton traditionally shares info about the launch date just a few days before the launch, as they want to keep things exciting. However, based on the current estimation, the next PUBG update is set to launch on September 14th, 2022. New updates usually go live on Wednesday, while full and official patch notes are shared on Monday prior to the release. We expect a similar schedule this time around as well.

The biggest highlight of the new update is a brand new map called Nusa. Nusa is the second mobile-exclusive PUBG map, and also the smallest in the game. The map is half as big as Livik and makes up only one-eighth of Erangel. It’s only one square kilometre in size. Thus, it’s perfect for those players who prefer constant action and combat in dense environments. Here are some of the key features and points of interest of the new tropical-themed map:

The update will also introduce a new limited-time mode called Gear Front, which is set to replace the game’s current Ancient Secret mode. The mode is based on Halloween events, as the holiday is fast approaching. Then, there will be a new shotgun, other weapons, new vehicles, crates, and more. Krafton also announced some UI improvements, about which we will learn at a later date.

For now, that’s all we know about the PUBG Mobile 2.2 update patch notes. Make sure to return as we will update the article on a regular basis with new info as soon as developers officially reveal new details about the upcoming patch.