Monkey Island is, without a shadow of a doubt, one of the most famous gaming series of all time. Released in 1990, The Secret of Monkey Island redefined point-and-click adventure games and introduced us to bumbling protagonist Guybrush Threepwood, his love interest Elaine Marley, and nemesis LeChuck. The first two games were designed by Ron Gilbert and Dave Grossman, both of which left developer LucasArts shortly afterward. Now, this iconic duo has once again reunited to bring us the next Monkey Island game. Titled “Return to Monkey Island”, it is going to be released in 2022. Here’s everything we currently know about this upcoming game. 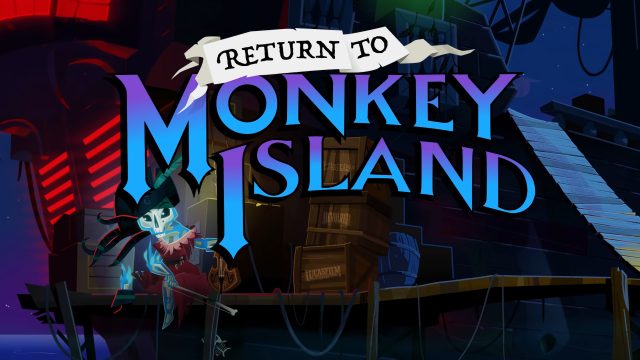 From game to game, Monkey Island has had a very interesting development cycle. As we have already mentioned, the same team worked on the first two games. The second of these, Monkey Island 2: LeChuck’s Revenge, ended in a bizarre, meta way. We don’t want to spoil too much here, but suffice to say that this is something that Ron Gilbert experimented with in several others of his games, including The Cave and Thimbleweed Park. The series then continued on without his involvement, with its last game being Tales of Monkey Island, an episodic adventure released by the now-defunct Telltale Games studio in 2009.

While it still isn’t known if Return to Monkey Island is going to disregard all the games after Monkey Island 2, what is certain is that it is going to be a direct continuation of that game. Even so, certain elements from The Curse of Monkey Island will see a return here, including fan-favorite Murray the Demonic Skull. Apart from Ron Gilbert and Dave Grossman, series composers Michael Land, Peter McConnel, and Clint Bajakian are also slated to return, as is the voice actor of Guybrush Threepwood himself, Dominic Armato.