One of the most popular and unique table-top role-playing game systems, Shadowrun is a blend of science-fiction and fantasy. Several Shadowrun video games have been made, with the Shadowrun Trilogy being the most recent. Naturally, it encapsulates three games: Shadowrun Returns, Shadowrun: Dragonfall – Director’s Cut, and Shadowrun: Hong Kong – Extended Edition. Up until recently, you could only play these games on the PC, Mac, and iOS and Android mobile devices. But now, the Shadowrun Trilogy is coming to Switch, PS5, PS4, and Xbox this June 2022. Here’s everything you need to know about this upcoming release. 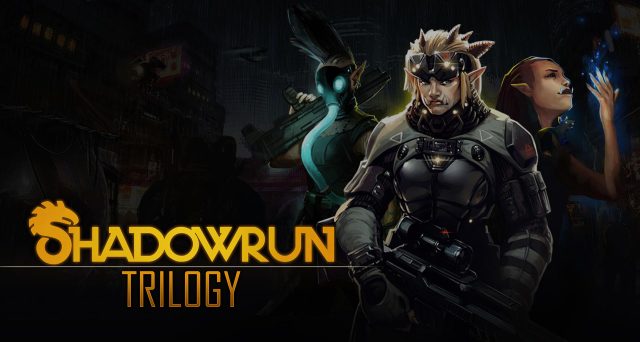 The Shadowrun Trilogy is going to be released on June 21st, 2022. It is coming to the PS4, PS5, Xbox One, Xbox Series X|S, and the Nintendo Switch. Of course, seeing as the original games were made to be played on the PC and mobile devices, there have been many changes to make this edition playable on consoles as well. This includes changes for controller-optimized gameplay, upscaled graphics, better performance, and other such improvements.

All three games are part of this package. While all three of these are similar in how they look and play, they all feature unique storylines and characters. This means that you do not need to play them all in order. Shadowrun Returns is the most simple, and fans unanimously agree that it is the weakest in the trilogy. Shadowrun: Dragonfall comes with all of its Director’s Cut content. Taking place in Berlin, it has you and your team of Shadowrunners take on a vast conspiracy involving dragons – some of the most powerful beings in the setting. Finally, Shadowrun: Hong Kong is set in, of course, Hong Kong and has your player character search for what happened to their adoptive father. Like Dragonfall’s DC, Hong Kong is also available in its Extended Edition form.