Are you wondering why your Sims want to ask a relative, such as a father or a daughter, to be their boyfriend or girlfriend? The Sims 4 developers, Maxis, have released a free content update ahead of the High School Years expansion pack. Among many new features, the new Wants and Fears system has also been introduced. This new system replaces the Whims system, with a bigger focus on individual Sim’s personalities and relationships, instead of randomness. However, the new system didn’t come without bugs. Apparently, some Sims now want to date relatives. If your Sim is asking their dad or son to be their boyfriend, here’s what is this happening. 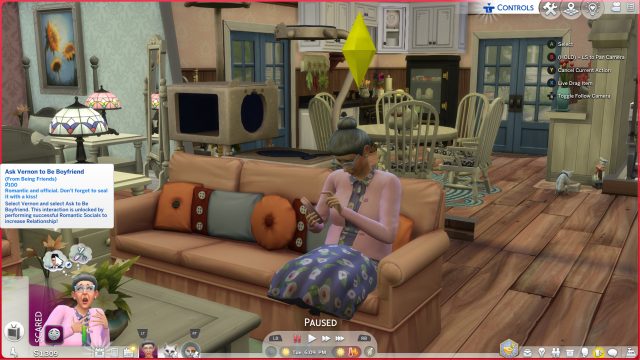 If you are a veteran The Sims 4 player, you probably already know that The Sims 4 is not a stranger to weird incest bugs. Unfortunately, this unpleasant “tradition” continues with the latest free content update. The said update introduced a host of awesome features to the game. This includes Wants and Fears system, which is a great addition to the game. And it almost works perfectly, except for one “small” bug.

A number of players reported this bug, where their Sims are asking family members and relatives to be their boyfriends and girlfriends. “Why is my Sim getting a whim to ask her own son to be her boyfriend?,” says Reddit user u/ProfoundEnd. In a screenshot ProfoundEnd shared on Reddit, we see an old lady thing of asking her very own son Vernon to be her boyfriend.

The issue was also reported on the official EA bug report forum. “The new Wants system has given my sim the ‘want’ to ask his twin sister to be his girlfriend,” says Laylamay66678. The good news is that the developers are aware of the problem, and are actively investigating what caused it. However, at the time of writing, the issue is still not fixed. We will make sure to update the article as soon as we have more information.

NEXT POSTXenoblade Chronicles 3 New Game Plus