Is there New Game Plus in Xenoblade Chronicles 3? The fourth instalment in the Xenoblade series is finally here, and fans can’t wait to dive into its large open world ripe for exploration. Over the last 12 years, the Xenoblade series has been celebrated as one of the best jRPG franchises out there, and for good reasons. With a big focus on exploration of its gorgeous open world, players can not expect to see everything and unravel all its secrets in one go. That’s why multiple playthroughs are advised. Read on to learn what we currently know about Xenoblade Chronicles 3 New Game +. 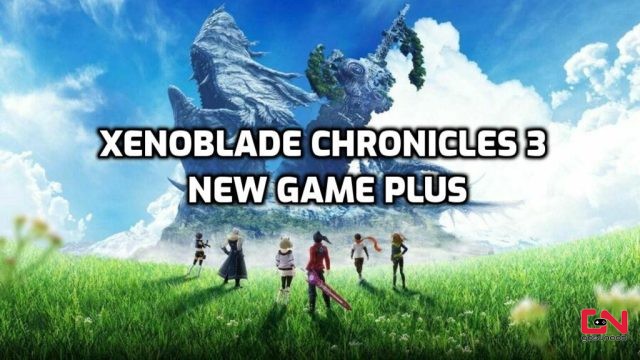 Is there New Game Plus in Xenoblade Chronicles 3

For now, we don’t yet have too many details about New Game Plus in Xenoblade Chronicles 3. Nintendo has only confirmed that, once you beat the game, you will unlock the Monado skin. That’s the same weapon skin option as the one which you can unlock immediately if you purchase the Shulk amiibo. Other than that, the information is rather sparse in regards to New Game+. This is expected, as developers don’t want to spoil too much.

What we also know is that there’s a mechanic which allows you to level down your characters. But this only unlocks once you beat the game. We assume this will also transfer to New Game+. The world of this game is vast and full of things to explore. Thus, you might accidentally overlever your characters which will make the game too easy, and that’s why this feature was introduced. Based on New Game+ in Xenoblade Chronicles 2, we can expect a bunch of things to carry over. Also, we expect a host of new gameplay features and even new content in New Game Plus. For now, that’s all we know, but we will make sure to update the article once we have more details.