Stranger Things is one of Netflix’s most popular shows. Riding high on a wave of 80s nostalgia, this series incorporates a lot of tropes from that time period. This includes paranormal powers in the style of ET, shadowy government agencies, the Cold War, playing Dungeons & Dragons, and, of course, themes of love and friendship. It’s been several years since we got a new season of Stranger Things, with Season 4 recently being released. Only, instead of the entire season being released at once – which is how Netflix shows are usually released – we got Volume 1, consisting of the first seven episodes instead. Part 2, which consists of Episodes 8 and 9, will be available for streaming at a later date. But when is the Stranger Things Volume 2 Release Date and Time? That’s what we’re here to answer. 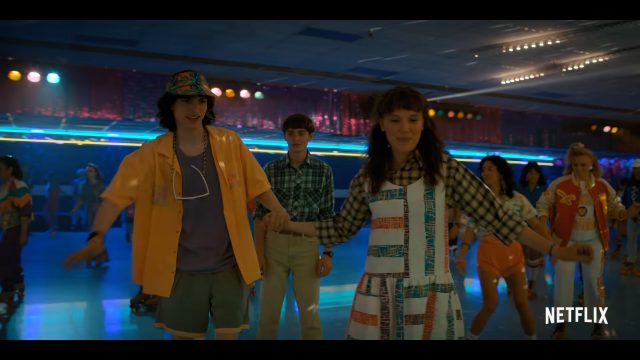 When is Stranger Things S4 Volume 2 Coming Out

The Stranger Things S4 Volume 2 release date is set for Friday, July 1st, 2022. Usually, new episodes arrive on Netflix at 3:01 AM ET / 12:01 AM PT, and we have no reason to think that Stranger Things Vol 2’s release time is going to be any different. Of course, this can change in the meantime, but if it does, we are going to update this article.

Something that you should very much be aware of is that ST Part 2 Episodes 8 and 9 are going to be feature-length. Episode 8, titled “Chapter Eight: Papa“, is going to be one hour and 25 minutes in length, while Episode 9, “Chapter Nine: The Piggyback” is going to be a whopping 2 hours and 30 minutes. Both of them are written and directed by the series creators and showrunners, the Duffer Brothers. Fans are decidedly split on whether or not these movie-like lengths are the best thing for a TV show.

On the one hand, everyone is happy about getting more Stranger Things. On the other, many viewers think that such an extreme length misses the point of a TV show – which is to say, that it isn’t a movie. In any case, we’ll see how the latest season of Stranger Things ends very soon – this July 1st.