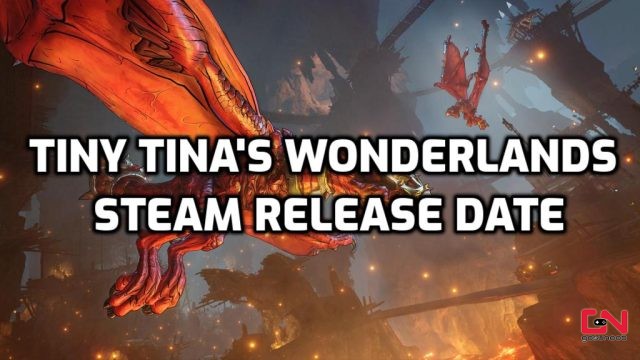 When is Tiny Tina’s Wonderlands Coming to Steam?

ORIGINAL STORY:At the moment, there is no confirmed date when is Tiny Tina’s Wonderlands coming out on Steam. Though, there are some clues suggesting that we might get to play Tiny Tina’s Wonderlands on Steam sooner than expected. Previously, Epic Games exclusive deals usually lasted for either 6 months or a year. This time around, the deal might actually be shorter.

CDKeys, a website specialized in selling game codes, has 30th April listed as a release date on Steam for Tiny Tina’s Wonderlands. This, of course, might just be their guess, but it can also mean that they know something which we don’t know. If this is true, it would mean that the exclusivity period will last only for 5 weeks.

Of course, it should be noted that none of this has been officially confirmed by the publisher. Thus, take this report with a grain of salt. This is only based on information from a third-party, which datamines its info from Steam API. The deal might still be for a longer period of exclusivity. Until 2K or Gearbox officially confirm when is the game releasing on Steam, nothing is final. For now, we can only wait and see if the game will appear on Steam on March 31st.

NEXT POSTChange Name in Fall Guys