Not sure how to fix the “There was an authentication failure. Please try again later” error in Fall Guys? The insanely popular platformer is now a free-to-play title across Nintendo Switch, PlayStation 5, Xbox One, Xbox Series X/S, and PC, with full cross-play support. However, the switch to F2P has brought numerous issues for the game, due to a humongous influx of new players trying to jump into the game. This has caused various server issues, including the “Failed to log in, Please Check Your Internet Connection” error, and the “authentication failure” issue. Here’s what we know about these problems and possible solutions how to fix them. 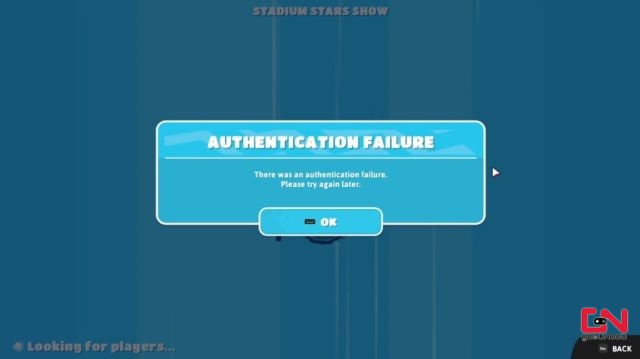 How to Fix the Authentication Failure Error in Fall Guys

If you are facing the “Authentication Failure” error message in Fall Guys, unfortunately, at the time of writing, there’s not much you can do. The issue has nothing to do with your device or the game’s client. The error is on the server’s side. Simply put, there’s an enormous amount of players trying to connect to the servers right now. That’s because the game has simultaneously become free-to-play and released on several new systems. The game is now available on Xbox One, Xbox Series X/S, and the Nintendo Switch. In addition to already being released on PC, PS4, and PS5. That has put a huge strain on the servers.

So, what’s the best thing you can do right now? Simply wait a little bit. You don’t need to play the game right now. The issues will be fixed by tomorrow as the new players’ pressure will loosen and the servers will start acting normally again. The developers are well aware that the servers are burning right now from all the new players, and are trying to manage this issue. But ultimately, only once when the initial wave of players today passes, the servers will start working normally again.