Want to know when is Valorant Lotus Map coming out? You’ve come to the right place! Valorant Episode 6 Act 1 is just around the corner. It comes with a fantastic new battle pass, the Araxys skin line, balance changes, and more. Of course, one of the most exciting additions is the new map – Lotus. Read on to find out the exact Valorant Lotus map release date and time. 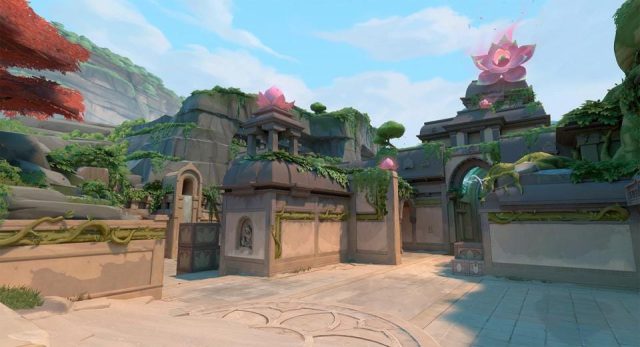 When Does The New Valorant Map Lotus Come Out?

Each new act in Valorant means a plethora of new content to get excited about. Usually, the main stars are either a new Agent or a new map. And for Episode 6 Act 1, we are going to the Indian subcontinent! That’s because the new map – Lotus – is set in India. Not only will we get a whole new location to explore, but it will also come with a host of new gameplay mechanics. For starters, it will feature three spike sites, which is a diversion from the standard structure of Valorant maps. Haven, one of the launch maps, was the only map to date with three spike sites. Furthermore, the new map will introduce destructible map elements. Players will be able to destroy some walls and doors, unlocking new routes and creating potential flanking options.

Both of these new additions can create exciting new scenarios and will prompt players to think outside the box, as rounds will play out differently compared to other maps. So, when will we be able to play this new map? Valorant Episode 6 Act 1 is set to be released on Tuesday, January 10th. And that’s also when the new Valorant map will come out. For the exact time, the map will be released after a short maintenance period. Here are the exact times:

The maintenance is expected to last for a couple of hours, during which the competitive queue will be disabled. After the patch is deployed, servers will be back online, and you can then try the new Valorant Lotus Map. With that said, that’s all you need to know.