Valorant Episode 4 Act 3 is inching closer. The community is the most excited about the new agent set to be released with the update. Not much is known yet about Agent 20. But, Riot Games is slowly teasing new pieces of information. The latest “State of the Agents” blogpost has shared the first details on what can we expect from Valorant’s Agent 20. Paired with previous leaks about the Bounty Hunter codename, here’s what we know about the next Valorant agent. 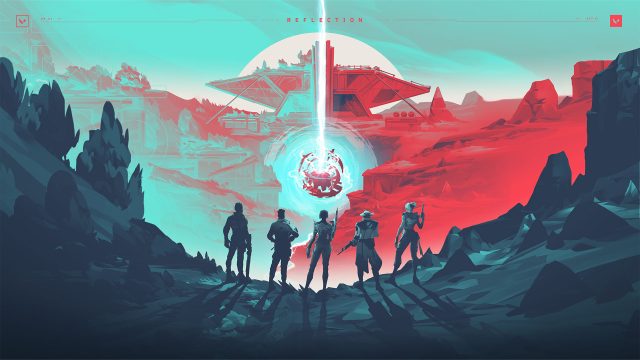 Valorant’s newest “State of the Agents” blogpost has revealed the first official information about Agent 20. In development for over a year, the new agent is set to be an initiator. Riot wants to introduce another information gathering Agent, akin to Sova. Reconnaissance is an important aspect of Valorant’s tactical loop, and there’s a lot of untapped design space there.

The idea behind the new agent is to focus on “more localized initiation and recon tools”. Agent 20 is being developed in cooperation with Nicholas “Nickwu” Wu Smith, a former LoL pro player turned game designer. This new agent will give players a more “intimate feeling when hunting down enemies”. Asides from these few tidbits of info, Riot also shared a concept art teaser related to the new agent.

In the teaser image, we can see a cup of Turkish coffee, an open laptop, and a corkboard in the background. An image of Sova can be seen on the computer, while Cypher is the centre point of various clues leading to him on the corkboard. A message “Herkesin bir korkusu var” was also shared in the blog, which is Turkish and means “everyone has a fear.” The message alongside Turkish coffee clearly indicates that the next agent is of Turkish nationality. Finally, from previous leaks, we also know that the next agent is codenamed Bounty Hunter. Though, that name will probably not be the official one.

When we combine the Bounty Hunter name, a teaser image that shows him surveilling other Agents, and gameplay design focused on “hunting down enemies”, it definitely looks like we are in for a treat. As soon as there is more info about Valorant Agent 20, we will update the article.

NEXT POSTWhen is Building Back in Fortnite, No Building End Date