If you are wondering what is Warcraft Arclight Rumble, we’ve got all the answers for you! Blizzard has just announced a new Warcraft game and the first one to be a mobile experience from the ground up. It is an action-strategy free-to-play game where famous heroes and villains from the Warcraft universe fight in epic battles. Read on to find out when is Warcraft Arclight Rumble coming out, watch trailers, learn more about gameplay, monetisation, and more! 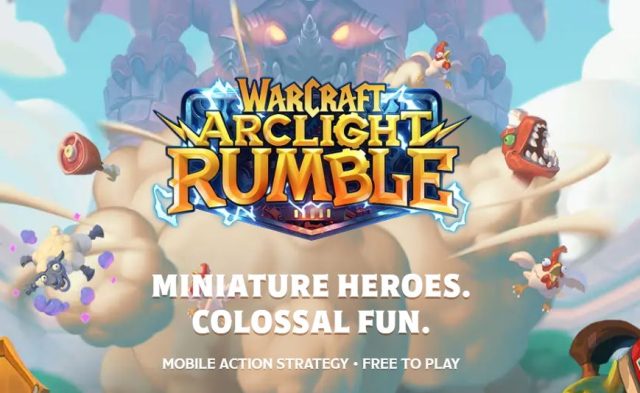 What is Warcraft Arclight Rumble?

As we’ve already mentioned, Warcraft Arclight Rumble is a mobile-exclusive, free-to-play, action-strategy game. It will include both PvP (player versus player) and PvE (player versus environment) modes. When it comes to PvP, we can expect both a massive single-player campaign and co-op missions. This will come in a form of campaign maps, dungeons, and raids. There will be over 65 Warcraft Minis at launch, which will essentially work as army leaders and armies will be built around them.

For now, there are no details about the release date, but the game looks more or less completed. Based on that, our estimation is that the game will be released in 2022, maybe as early as this summer. We will update the article as soon as we have more information about the launch date.

The main backbone of the gameplay will be Warcraft Minis, which come with unique and powerful abilities able to turn the tide of battles. You will build your army with troops based around them. These Minis, also called “Leaders” are grouped into five categories, and each has its own gameplay and lore theme: Alliance, Horde, Beast, Blackrock, and Undead.

During a match, players will gather resources to deploy their Minis. Players will use their troops to defeat the enemy troops and capture strategic points on maps. These points will give them advantages, such as Guard Towers and Meeting Stones. Knowing the abilities, strengths, and weaknesses of units is of utmost importance in order to make synergy within your army and counter enemy units.

At the moment, details about the game’s monetization system haven’t been revealed. Thus, we can only speculate. The aforementioned minis will probably be purchasble. Given that players will upgrade and level up their armies, we assume that there will be some kind of a speed-up purchase to accelerate upgrades and research. However, this is just our assumption. When Blizzard reveals more details about monetization, we’ll update the article.

NEXT POSTDestiny 2 Shoot to Score Quest Not Progressing Explained