The release date for God of War Ragnarok has finally been revealed in the epic “Father and Son” cinematic trailer this July. After numerous rumours, we now know that we will finally be able to return to the adventures of Kratos and Atreus this autumn, on November 9th, 2022. So no, there will be no delays, the release is in just a few months. However, the availability of the PS5 is still an issue, as electrical components are still scarce. Given the PS5 shortages, many players are still gaming on the PS4. Because of that, you are probably wondering will God of War Ragnarok be on the PS4? Let’s find out. 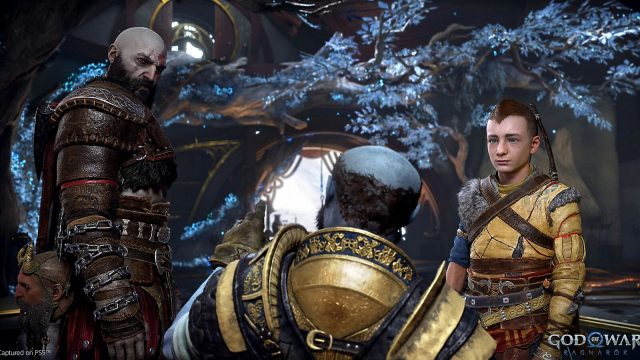 Is God of War Ragnarok Coming Out on PS4?

We will not keep you in the dark here, you can relax. It has been confirmed long ago that God of War Ragnarok will be a cross-generation title. This means that the game will be available on both the PS4 and the PS5. Sony’s original plans with the transition to next-generation of consoles were that they want to make a clear cut, and not be held back by the old generation. Alas, then the crisis came, and the worldwide shortages of components for electronics (mainly chip shortages). That, combined with scalpers and high demand, resulted in severe unavailability of the PS5. Even two years after its initial release.

These shortages have prompted Sony to reconsider its strategy, and that’s why are both Horizon Forbidden West and God of War Ragnarok now cross-generation titles. God of War Ragnarok will be available on the PS4 from day one – November 9th, 2022. Of course, you should expect some downgrades compared to the PS5 version of the game. Mainly in visual fidelity, resolution, and frame rate. After all, it is a nine-year-old system, and it’s not realistic to expect the latest graphic standards on it from a 2022 game.