Preorders for Nioh, the 17th century samurai action game, are now live on the Playstation store. There are two editions to choose from, with more possibly being unveiled as the release date creeps closer. Read on to find out what each one contains. 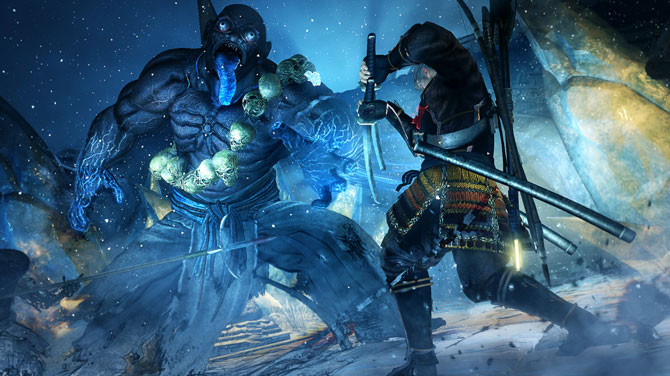 The standard edition includes the game, plus a couple of fancy in-game items. Here’s the full list:The deluxe edition has more, obviously, but it’s also more expensive. Here’s what it contains:
In the same blog post where they announced the preorders going live, Sony had Nioh game director Yosuke Hayashi talk about the team’s experiences while making the game. He mainly talked about how much effort went into balancing the game. They wanted it to be challenging, but not punishing or frustrating. They’ve had a couple of rounds of public testing, as well as countless internal tests that lead up to some changes to the formula. The game now focuses more on difficult duels than overwhelming you with numbers.

It’s going to have a bunch of graphical options when it launches, in order to support the Playstation 4 Pro as well as the regular version. One of them will allow you to play at 60 frames per second, which can be a vastly different experience in games of this kind.

Nioh is going to be released on February 7th, on Playstation 4. Many are describing it as “Dark Souls meets feudal Japan”, which sounds exciting. It’s being made by Team Ninja, and it seems like the chances of getting it ported onto other platforms are slim at the moment. It’s probably going to be added to the stable of PS4 exclusive titles.