What time does Overwatch 2 launch? After years of silence and troublesome development, the Overwatch 2 release is almost here! While not as revolutionary to deserve to be called a proper sequel, OW2 still comes with a host of new content. There’s a new “Push” mode, three new heroes, several new maps, gameplay changes, and much more. If you can’t wait to jump into action, here’s the OW2 release time in the US, Canada, UK, Europe, Korea, and other major regions. 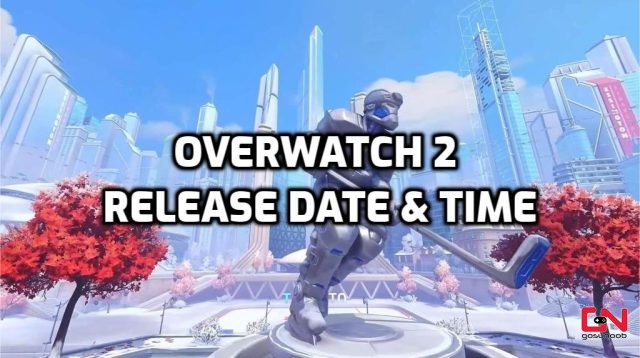 When does OW2 release? Overwatch 2 Release Times per Region

When Does Overwatch 2 Come Out? OW2 Launch Times in North America, Europe, UK, Korea, and Other Regions

Earlier this year, Blizzard revealed they had made a decision to split the Overwatch 2 release into two phases. The game’s multiplayer portion will be released as a separate game in early access. And Overwatch 2 co-op campaign missions will be purchasable content, released at a later date.

Overwatch 2 early access multiplayer is set to launch on Tuesday, October 4th, 2022. The game will launch simultaneously all around the world. Below, we break down the exact release time in all major cities and regions around the globe:

So there you have it, now you know what time will Overwatch 2 release in your region. As we’ve already mentioned, at launch, you can expect three new heroes – Junker Queen, Sojourn, and Kiriko, and several new maps, including New Queen Street, Rio de Janeiro, Midtown and more. Furthermore, there are many balance changes, reworks, and gameplay updates, with the switch to 5v5 being the most important one. Finally, there are numerous visual updates, both for old maps, and for each currently present hero in the game.