In Pokemon Brilliant Diamond and Shining Pearl, you will encounter many skilled trainers and their powerful Pokemon. Naturally, Gym Leaders are some of the most experienced people you will battle. Besides their abilities, what makes them difficult to beat is that they have some really potent Pokemon. Maylene, the 3rd Gym Leader, is no exception to this rule, as defeating her Lucario Pokemon takes a lot of strategy and planning. Our Lucario Weakness Pokemon BDSP How to Beat Maylene 3rd Gym Leader guide will explain the best counters to Lucario so that you can exploit its weaknesses, and beat Maylene. 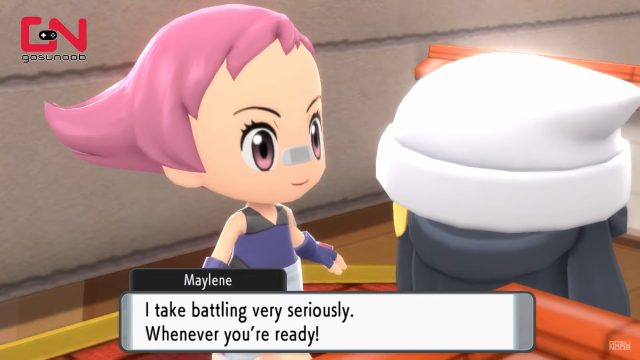 When you get to Maylene, you will need to face her three Pokemon in battle. These are: Meditite, Machoke, and Lucario. The first two are not a big problem in themselves, and you shouldn’t have too much problem countering them using your own Flying and Fairy-type Pokemon. The Lucario, however, is a different story. This is a very rare Pokemon, and the only way to get it in the game is to first acquire a Riolu Egg which you can then hatch and evolve into Lucario.

Lucario is a Fighting / Steel Pokemon type. It is resistant to Normal, Grass, Rock, Bug, Ice, Steel, Dark, and Dragon-type abilities, which counts out quite a few Pokemon in any player’s party. Additionally, it has a high speed and damage output, making it very lethal. However, it is weak to Ground, Fighting, and Fire types. A Pokemon that has the Intimidate ability will lower Lucario’s high attack stat, which is a great debuff for this Pokemon. Staravia, Luxio, and Luxray have this ability, so they can be used to counter Lucario.

Getting to Maylene the 3rd Gym Leader in Pokemon BTSD requires that you first solve the Veilstone Gym Sliding Puzzle. To learn how to do this, watch our video below which shows how the entire puzzle can be solved.

NEXT POSTHow to Get to Snowpoint City – Pokemon BDSP