Kecleon has finally made its official Pokemon GO debut. This Normal-type Pokemon was first introduced to the franchise all the way back in Generation III. Since then, many fans have been wondering when it was going to become available in Pokemon GO as well. Fortunately, as of Chespin Community Day, Kecleon is now a part of the game. Though, for those players that missed it, many are asking is Kecleon still available in Pokemon GO. The answer is a resounding yes, and we are going to show you how to get and catch Kecleon in Pokemon GO, so that you can obtain a Kecleon of your very own. 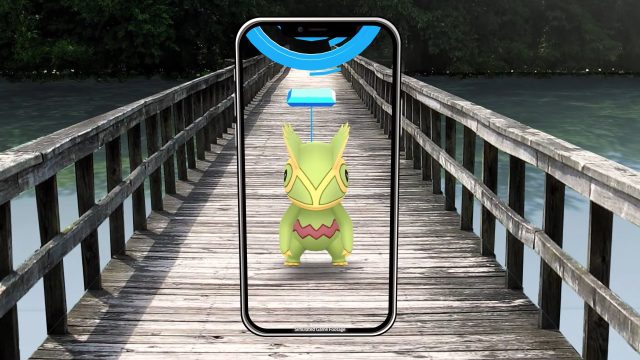 How to Catch Kecleon in Pokemon GO

To begin with, you need to be aware that Kecleon is still in the game, though it is pretty rare. And, since it is known as the Color Swap Pokemon, there is also a special way to get it that is different from most other Pokemon. Namely, you need to pay close attention when you are visiting nearby Pokestops. If you see a notification that reads: “There’s an invisible obstacle in your way. It’s preventing you from collecting items…”, you will know that you are at the right place.

When you look at the Pokestop, you will see an invisible silhouette of Kecleon there. This will prevent you from spinning the Pokestop so that you can get your items from it. But try spinning the Pokestop anyway. When you have done this, Kecleon will reveal itself and jump out. You can now battle and capture it. Note that Kecleon is immune to Ghost-type moves, and it is vulnerable to Fighting-type moves. It may take a while until you have found a Pokestop with a Kecleon on it, but once you have done that, you shouldn’t have too much trouble catching it.