A tiny village in the middle of a cursed forest, full of people abiding by specific rules to ward off the supernatural threat and stay alive. No shouting or talking loudly, no getting out after dark, and most importantly, always refraining from asking questions about the nature of the danger. From Twilight Zone to Stephen King, this horror trope flourished in TV and pulp literature of the XX century. I wouldn’t say it’s overused, but it is certainly far from novel.

Children of Silentown successfully gamify it in the form of a point-and-click adventure. This rendition is not a typical representative of the genre, though. Besides deduction, It relies heavily on solving the logic/perception puzzles, making it a strange hybrid that will potentially antagonize adventure purists. It compensates for being weird with fabulous hand-drawn aesthetics and a tone that strikes a perfect balance between cute and sinister.

Lucy in the Sky With Diamonds 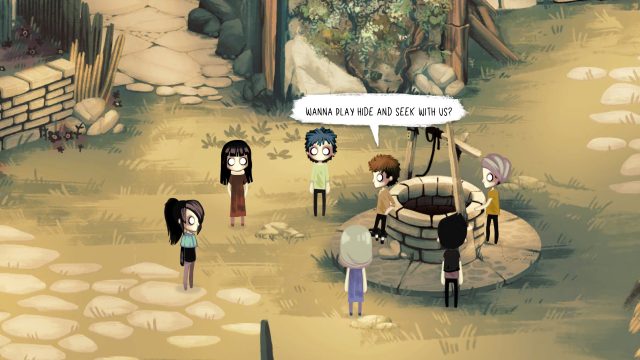 Silentown is a rural community of hard-working, disciplined people that live in the shadow of a dense, forbidden forest. Apart from a single woodworker, no one sets foot in it, and the entire village is imposing a strict curfew after dark. Staying quiet is also mandatory, which also applies to the kids. Well, some kids, at least. An essential part of the village/forest narrative concept is the emergence of a rebellious wild card. There’s always an extraordinary someone who shuns the rules in pursuit of the truth.

Young Lucy is such an actor. She’s drawn to the mystery of the forest, but initially reluctant to poke deeper behind the veil of secrecy. The disappearance of her mother will push her over the edge. Defying the enforced omerta, she’ll thrust herself into detective work. Plowing the village for clues will risk her father’s and other adults’ ire, but our amateur sleuth will march on. Ultimately, she will end up in the forest, confronting her fears and trying to get to the bottom of things.

Singing Your Heart Out 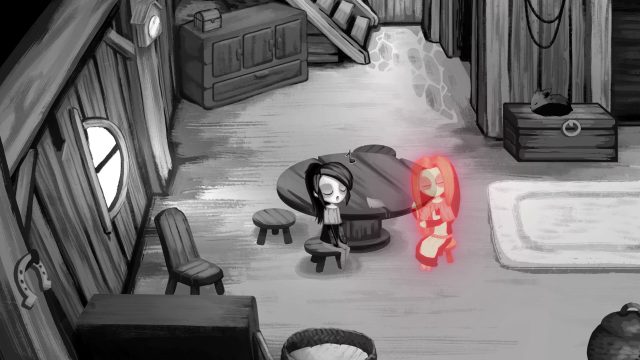 At first, Children of Silentown don’t deviate from the point-and-click adventure formula. Collecting and occasionally combining items in solving mundane tasks evokes a strong sense of deja vu. Pretty soon though, with the help of your mum, you will be introduced to singing. Not just any old singing, mind you, but sort of “tactical” singing that solves problems in the field.

There are several different songs, each (loosely) tied to solving a specific type of problem. The first one you’ll learn deals with people unwilling to open up in conversation. Singing the song in front of those NPCs starts the needle and thread puzzle which symbolizes patching up their disjointed thoughts. Those mini-games are very easy initially, but steadily ramp up in difficulty. Other songs deal with objects and nature and have puzzles on their own. Personally, I found the second type of puzzle to be the most problematic. Inserting cogs into the rotating mechanism to manipulate the “current” requires very specific brain wiring, which you may or may not have. 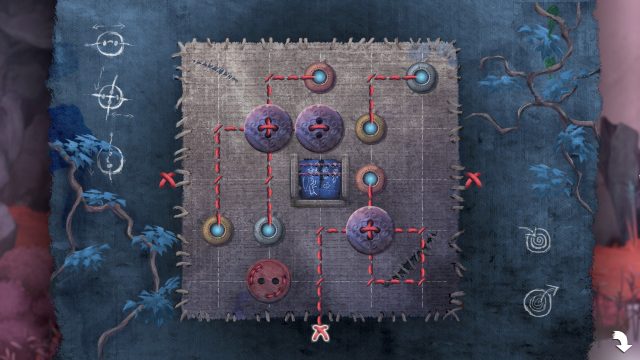 The abundance of such puzzles is my main gripe with the Children of Silentown. Expect to solve dozens upon dozens of those during the ten or so hours before the ending credits. Those puzzles are never mentioned or advertised, neither on the game’s website nor its steam page. This could be a major point of friction for some gamers. I’m sure that most fans of point&click adventures would not object to an occasional puzzle in an appropriate and logical place, but this game goes way overboard, both in number and difficulty. I got stuck more than once trying to solve cogwheel mini-games, which totally disrupted the smooth flow I enjoyed. Those puzzles cannot be skipped, their difficulty lowered, nor there is a hint system in place.

I still remember the backlash Tim Schafer got after incorporating real-time strategy sections in Brütal Legend. Well, this is objectively worse. You could button-mash the RTS missions in BL and have a reasonable chance of success, but the puzzles in Silentown are more akin to the brick wall. Go through it in a specific way, or sit on the other side of it, with no middle ground whatsoever. I suspect that developers would patch in some options in time, but for now, we must endure this massive cogblocking. 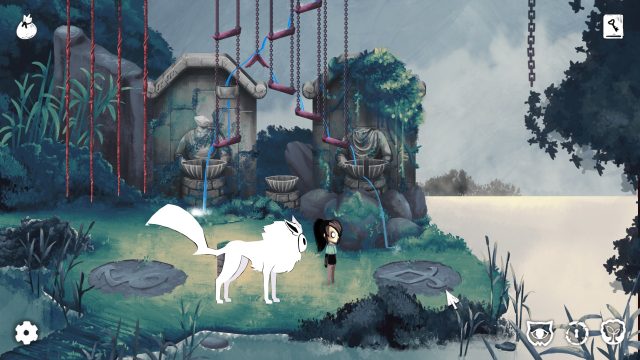 If you don’t mind the difficult puzzles, I’m sure you will enjoy the rest of the content in Children of Silentown. The story, apart from the ending, is solid and engaging, and the classic adventure problems are well thought out and never overly taxing. As I said at the beginning, the game strikes the almost perfect balance between sinister and cute. Its tone is mostly dark, but hope and optimism penetrate its black shell in important places. The visuals are also great. The game, to some extent, channels the style of Frankenweenie by Tim Burton. At least, my wife thinks so. I would say that the style here is much more “clean” and cuter than that monstrosity, but the eye of the beholder and all that. In any event, Children of Silentown aesthetics will stay in your mind long after you complete the story.

The game is definitely not for everyone, but if it clicks with you, I’m sure it will become a fast favorite. If it doesn’t, even the violent ragequit is not out of the question. But thinking about it, when was the last time you killed a mouse or keyboard over an adventure game? This could become a good fireside story for the dull, post-apocalyptic nights of the late XXI century.

NEXT POSTCatch Kecleon in Pokemon GO