Don’t know which path to choose for the Pokemon GO Team Building: Great League Research? The 2022 Pokémon GO World Championships are here, and to celebrate the occasion, Niantic is giving away special codes, which players can obtain via the official Twitch stream. Once you claim your code, you will obtain special timed research, with three team options for Pokémon encounters. In this guide, we suggest you the best path for Team Building: Great League Research and explain if you should choose Team Drapion, Jellicent or Pelipper. 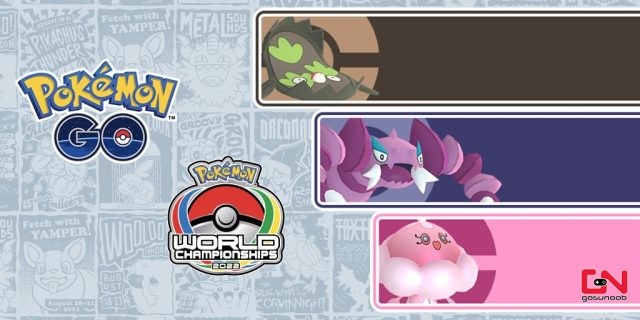 Alongside many other in-game events in Pokemon GO which celebrate the 2022 Pokémon GO World Championships, Niantic has also introduced an exclusive Timed Research. Players can claim this Timed Research by grabbing a Twitch code during the Worlds broadcast and then redeeming that code. Once you claim it, you will be introduced to a choice of Pokémon encounters to craft a competitive Great League team. Here are the three team options:

So, for this 2022 Pokémon GO World Championships Timed Research, which path to choose – Team Drapion, Jellicent or Pelipper? Things are rather simple, really. In general, you will want to have only the best and the rarest pokemon available. And if we look at the choice which we have here, the rarest team is Option 2, or is the Drapion path, which also features encounters with Skarmory and Swampert.

Thus, our advice here is to pick the Drapion path if you want to be the most efficient and grab pokemon which are rarer compared to the other two paths. In addition, Drapion’s party is probably the strongest in general, which is another reason why you should pick it. With that said, our guide is complete. Do you think that some of the other teams are stronger? Share your opinion with us in the comments!