Can Zacian and Zamazenta be shiny in Pokemon GO in August 2022? It is beautiful (albeit a bit too hot) summertime in the northern hemisphere and Pokemon fans around the world are enjoying watching the 2022 Pokémon World Championships event, which has just kicked off in London. These exciting times are also perfect to gather friends (or find new ones!) and go complete some Raid Battles! For August, Zacian and Zamazenta return to raids! But do they have a shiny form in Pokémon Go during these raids? Let’s find out! 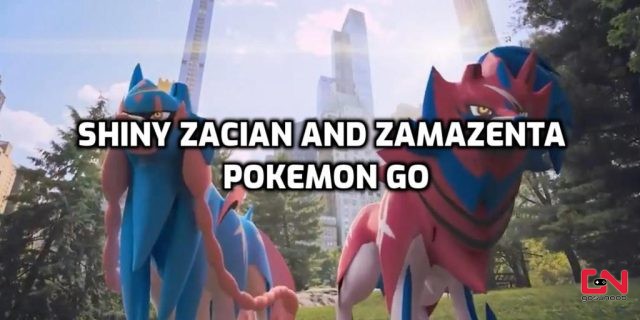 Can Zacian and Zamazenta be Shiny in Pokemon GO August 2022

Zacian and Zamazenta have just returned to five-star raids! They have been added on August 18th, 2022 at 10 AM your local time, and they will stay there until August 31st, at 10 AM your local time. Naturally, given that they are in the spotlight during these two weeks, players want to know if they will have an opportunity to catch a shiny form of Zacian and Zamazenta in Pokémon Go.

So, does Zacian have a shiny form in Pokémon Go? No, unfortunately, you will not be able to encounter this rare variant of Zacian in August 2022. This is Zacian’s second time to be featured in five-star raids, but its shiny form is still not here. And, if you ask us, we expect shiny Zacian to appear sometime in late 2023, not before.