A new Dragon-type Pokemon has recently been added to Pokemon Go. The Pokemon in question is Druddigon. Being a very formidable Dragon-type, players are wondering what they need to do in order to defeat it in raids. And, they are also asking if it has an evolution and how they can get it to evolve. Well, in this Druddigon Weakness & Evolution Pokemon Go guide, we will explain what it is vulnerable to, what it is resistant to, as well as its evolution. 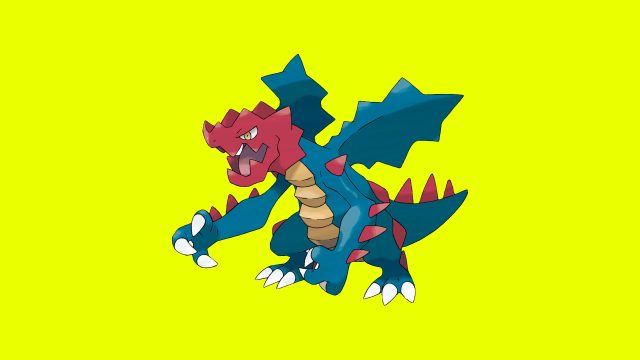 Luckily, Druddigon isn’t a very complicated Pokemon. While it is no doubt powerful, it also has several straightforward weaknesses that you can exploit. Before we get into those, let’s first see what you shouldn’t use against it. Druddigon is resistant against Fire, Water, Electric, Grass-type moves. As such, you shouldn’t use any of these against it if you want to defeat it. Now, onto its vulnerabilities. Druddigon is weak against the following types: Dragon, Ice, and Fairy.

As such, there are several Pokemon you can use to easily take it down. For example, Kyurem (Black), with Dragon Tail for its Quick Move, and Outrage for its Main Move is particularly effective. Another Pokemon that can exploit Druddigon’s weaknesses is Darmanitan – with Ice Fang for its Quick Move, and Avalanche as its Main Move. Other Pokemon that are also good counters for Druddigon include Salamence, Dragonite, Garchomp, Zekrom, Rayquaza, and Haxorus. Since it is a Tier 3 Raid, Druddigon shouldn’t give you too much trouble if you have the right combination of counters. And, since you now know which to choose, you should be able to beat it.

Currently, Druddigon doesn’t have an Evolution. While Pokemon change all the time and a new form may be added for it sometime in the future, it hasn’t had one in any of its appearances yet, so odds of this happening in Pokemon Go any time soon aren’t particularly high.