If you want to get the most out of your Pokemon Brilliant Diamond and Shining Pearl game, you will want to get – and use – all the Hidden Moves which are scattered around the game. In true Metroidvania fashion, these allow you to access areas and claim items and Pokemon you couldn’t before. Take, for example, the Waterfall Hidden Move. Using it allows you to swim up waterfalls, letting you approach new places. However, getting it takes a lot of work, and in this Where to Get Waterfall in Pokemon Brilliant Diamond and Shining Pearl guide, we will show you where and how to acquire it in Pokemon BDSP. 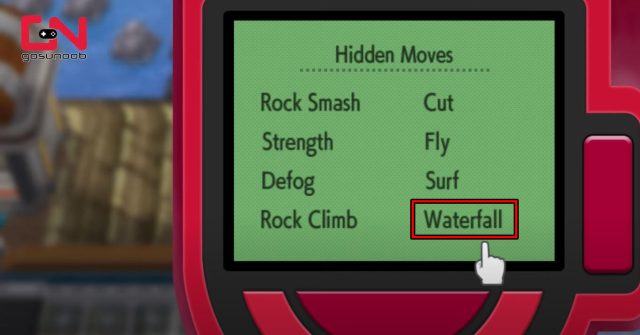 Where to Get Waterfall Hidden Move in Pokemon BDSP

To be able to get the Waterfall Hidden Move, you will first need to defeat Volkner, the Sunnyshore City Gym Leader. He is the eighth and final Gym Leader you will face in the game, so be prepared for a very tough battle. Also, getting to him requires that you solve a small puzzle, and you can see how to reach him in our video down below. Once you have defeated him, he will give you the Waterfall Hidden Move, the Beacon Badge, and some other things as your reward. This Hidden Move works a bit differently in Pokemon BDSP remake than it did in the original DS games. There, you had to teach this move to specific Pokemon so they could use it. And here, the HM is automatically registered to your Poketech App, and you can use it when you encounter a waterfall you want to climb.

Where to Get Waterfall TM99 in Pokemon BDSP

Also, there is a difference between Waterfall as a Hidden Move and Waterfall as a TM. In its Technical Machine form, it allows you to teach a Pokemon to use Waterfall as a Water-type move in battle. To get it in TM99 form, go to the north end of Sunnyshore City after you have defeated Volkner. Here, you will find Jasmine. She will give you the TM99 Waterfall. You can then use it to teach this move to your Pokemon.