Mewtwo has always been one of the rarest Pokemon out there, and that’s true in Pokémon Go as well. As a Legendary Pokémon from the First Generation, opportunities to catch Mewtwo are far and few in between. This can be frustrating for many players who play for years and are yet without a chance to have it in Pokémon Go. If you are determined to catch this Psychic-type Legendary Pokémon, here’s how to get Mewtwo in Pokémon Go 2022. 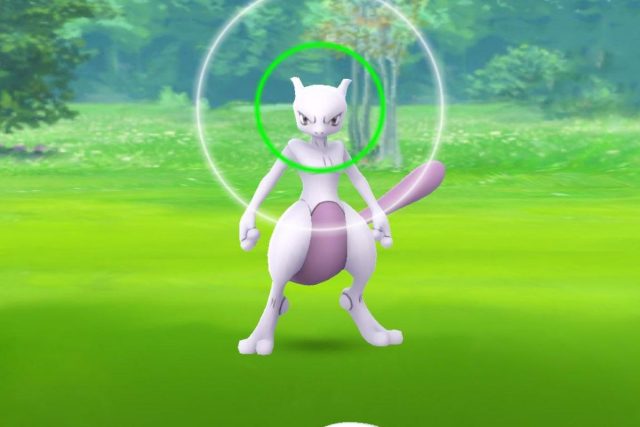 Chances to catch Mewtwo in Pokémon Go are incredibly rare. Nonetheless, it’s far from impossible and there are a few established ways how you can get it. Although, unfortunately, many of these methods depend on developers and their schedule of adding specific Pokémon to the rotation of various activities.

Many Legendary Pokemon in Pokemon GO are obtainable through Five-Star Raids, which is one of the cornerstone activities in the game. Unfortunately, these raids are Pokemon-specific, and at the time of writing (May 2022), there are no raids featuring Mewtwo. However, Niantic (the game’s developers) rotates available Legendary Pokemon in Raids regularly, thus Mewtwo can become featured at any point. Make sure to always check in-game news to stay informed on the latest Raids and featured Pokemon.

If you have good friends willing to give you their Mewtwo, you can always simply trade a Mewtwo with them. However, it should be noted that once traded, a Pokemon can not be traded back. Thus, your friend needs to be absolutely sure that they want to part ways with their Mewtwo. Because of that, it’s best to trade with some veteran players who already have multiply Mewtwos.

Pokemon GO also features a Shadow variation of Mewtwo. Players above level 8 can play through Special Team Rocket Research task lines which will earn you a Super Rocket Radar. With it, you can confront Giovanni, defeat him and grab a Shadow Legendary. However, just like with the raids, there is also rotation when it comes to Shadow legendaries Giovanni will reward you with. The last time Shadow Mewtwo was featured was back in February 2021, so we can expect it back quite soon. However, most experienced players advise against purifying Shadow Mewtwo. That’s because Shadow Mewtwo is both rarer and stronger than the normal version.