Pokémon GO Nearby Pokémon feature has received an update. Niantic have expanded the new feature, which is still in the testing stage, to more locations.
▼Article Continues Below▼
They hope to gather feedback and have the feature available in more regions in the near future. 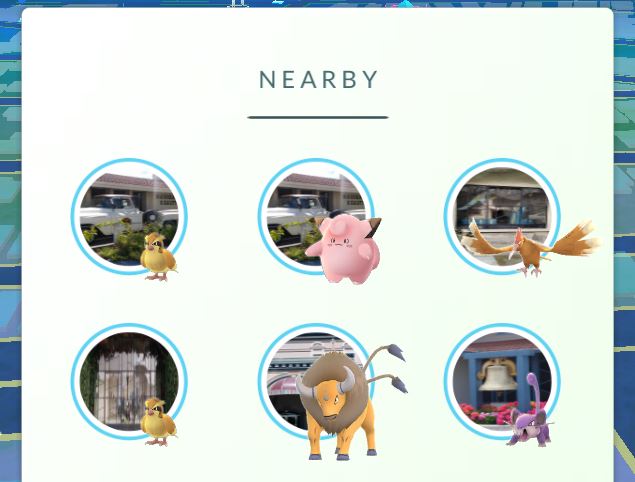 Niantic have announced an update to the Nearby Pokémon feature in Pokémon GO. Ever since they scrapped the three-step tracking system, trainers had to deal with the Sightings feature. This feature has many problems and is very difficult to use. In some cases, it flat out doesn’t work. However, a new tracking feature called Nearby Pokémon had been released some time ago. So far, only trainers in San Francisco could use it, as it is still in testing.

Beginning with November 4th, this is no longer the case. Niantic have expanded the geo lock of the Nearby Pokémon feature. Now, trainers from the Seattle area, some parts of Arizona and the greater San Francisco Bay area can test the new feature out. This is excellent news, because this might mean that the Beta stage is coming to an end. Indeed, Niantic hope to have Nearby Pokémon available to more regions soon, after making any necessary changes to the system:

As you might be aware, we’re currently testing a variation of the Nearby Pokémon feature in San Francisco, California. Starting today, we will be expanding the ability for Trainers in parts of Arizona, the Seattle area of Washington state, and the rest of the San Francisco Bay area to test this version of the feature. We will continue to review community feedback, make changes if necessary, and roll this feature out to more regions.

The lucky trainers from Arizona, Seattle and San Francisco Bay will certainly enjoy playing with this new feature. As for the rest of us, we can only be patient and hope that Nearby Pokémon goes worldwide soon.