The Mass Effect Andromeda info blast has turned up some more interesting tidbits. This time, it’s about the preorder bonuses and the three different editions of the game – standard, deluxe and super deluxe. We’re still waiting for the most deluxest one to be announced, but we’ affraid it won’t be able to outdeluxe the super deluxe one. 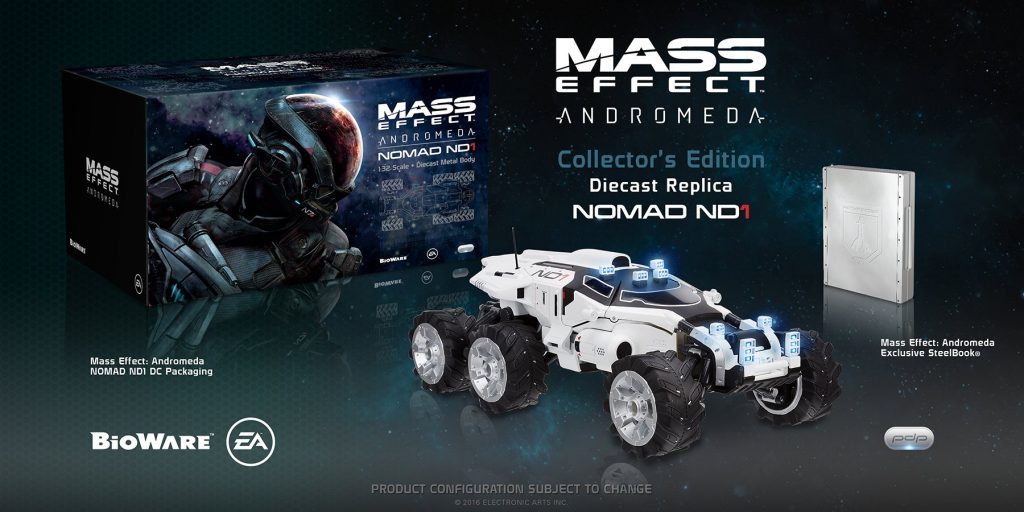 First off, there’s the standard edition, which costs the standard $60 and contains nothing but the game. If you preorder it, however, you’ll get the following bonuses:Next up, it’s the deluxe edition, which has some more stuff to offer. It costs $70, and contains:Quite deluxe, but not really deluxe enough, right? Finally, there’s the super deluxe edition, which is currently the deluxest of them all. You can buy it for $90, and you’ll get the following:If you’d actually want some physical goodies, you can buy the official Nomad ND1 diecast replica from PDP. It’s in 1:18 scale, with a glowing dashboard and fully detailed interior. The “cheap” version is $100. The more expensive one is $200, but that one can be remotely controlled using a phone app. Both versions include a fancy steelbook for the game, in case you need somewhere nice to store your physical copy.

Mass Effect Andromeda is going to launch in Spring 2017, on PC, Playstation 4 and Xbox One.