Pokemon GO and Pokemon TCG (The Card Game) are getting a crossover event! The new season of Pokemon GO has only recently started and TCG is going to be its first big event. In this guide, we are going to take a look at this crossover, including the release date and time for the Pokemon GO TCG event, as well as go over all of the things that you will be able to get out of it. Let’s get right into it. 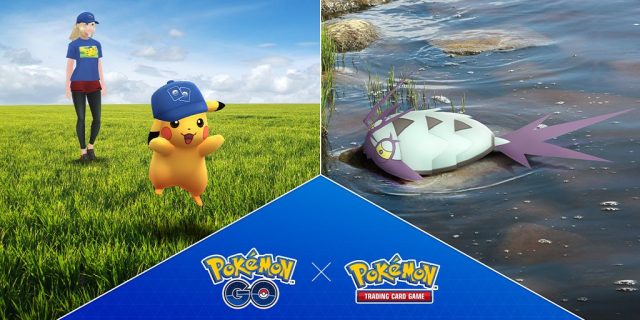 The Pokemon GO TCG Crossover Event is set to begin this Thursday, June 16th, 2022, at 10 AM your local time. It will then last until Thursday, June 30th, 2022, at 8 PM your local time. The following Pokemon are set to make their debut during this event are: Wimpod, Golisopod, and Pikachu wearing a Pokemon TCG hat. The Golisopod can be Shiny, and if you use 400 Wimpod Candy on your Wimpod, you can evolve it into Golisopod.

Meltan is another Pokemon that you will be able to catch during this event. The key to doing so is the Mystery Box. Good news for all Shiny hunters out there, as Meltan can likewise be Shiny. Collection Challenges are another addition. Six of them, in fact, in varying degrees of difficulty. Lunatone and Solrock are also going to be featured. Once the event is over, Lunatone is going to appear only in the Western Hemisphere, while Solrock will be relegated to the Eastern Hemisphere. Here are the Wild Encounters for the duration of this crossover event: