Ponyta is one of the oldest Pokemon in the entire franchise, having first appeared all the way back in Generation I. A Fire-type Pokemon, Ponyta is, like its name suggests, a fiery pony. And, like many other Pokemon, it also comes in a Shiny variant. Instead of the usual red flames, the Shiny Ponyta is characterized by having blue flames instead. Usually, there’s a lot of grinding and luck required to get a Shiny variant of any Pokemon. However, in Pokemon Legends: Arceus, you can acquire a Shiny Ponyta as part of a Request. We will explain where to find this Shiny Pokemon and how to catch it in our Get Shiny Ponyta Pokemon Legends Arceus guide. 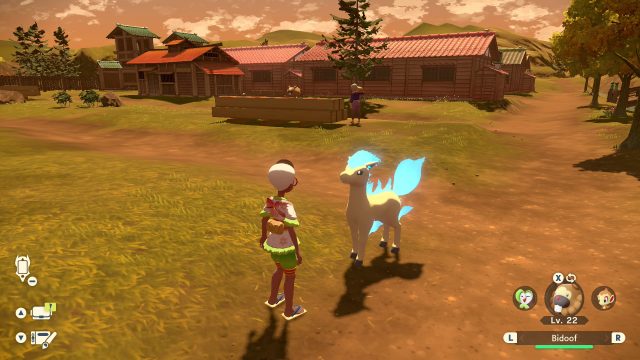 How to Get Shiny Ponyta in Pokemon Legends Arceus

To begin with, to be able to get this Request, you first must have defeated the Noble Pokemon Kleavor. After that, you will see that there’s a new Request at the blackboard in the Galaxy Team Hall. Head there and check out the “A Peculiar Ponyta” Request. This will then take you to Yota, a villager in Jubilife Village. Go and speak to him. He will tell you that an unusual Ponyta has appeared in the Horseshoe Plains – a part of the Obsidian Fieldlands map. Go there.

Follow the quest marker until you reach the Shiny Ponyta. A cutscene will play and you will be able to marvel at this Pokemon. All that’s left now is to catch it. Approach it carefully, crouching in the grass so it doesn’t spot you and get spooked. One of its favorite foods are Oran Berries. Throw these to make it come close to you and then finally throw a PokeBall at it to catch it. Return to Yota in Jubilife Village to get your reward for completing the “A Peculiar Ponyta” Request.