One of the most obvious reasons why Pokemon has remained so popular and enduring as a franchise is the fact that there are so many different Pokemon species that you can come across. You can interact with Pokemon in various ways – but the most common is, of course, through battling and catching them. Naturally, this is also the case for Pokemon Legends: Arceus. Featuring an abundance of Pokemon, Heracross, a Bug/Fighting dual-type Pokemon is one of the many Pokemon that you will be able to encounter. Though, you have to locate it first. Our Heracross Alpha Location Pokemon Legends Arceus guide is here to tell you exactly where to find and how to catch it. 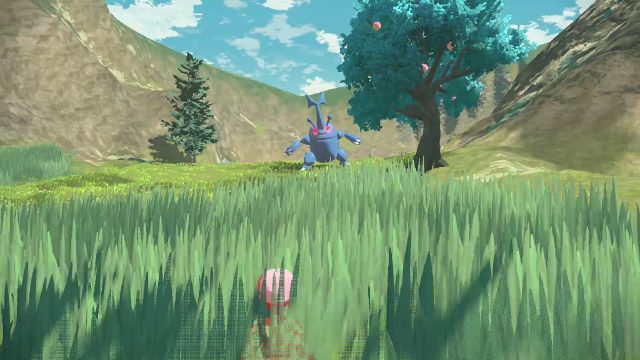 Where to Find Heracross in Pokemon Legends Arceus

While there may be other locations where you can encounter Heracross, we managed to spot it in two locations. The first spot where we encountered it was in the Obsidian Fieldlands, near Grueling Grove. This was a Heracross Alpha. We also spotted a regular Heracross in the Coronet Highlands. We’ve marked both of these locations on the maps directly below. The Pokemon move around, so you might not find them in this precise spot, but search for them and you should quickly be able to find them.

How to Catch Heracross Alpha in Pokemon Legends Arceus

While a strong opponent, due to its Bug/Fighting dual-type abilities, the Heracross Alpha has several weaknesses that you can exploit in order to catch it. First, let’s see which move types don’t work so well against it. These are: Fighting, Ground, Bug, Grass, and Dark. So, you should definitely not use these moves on them. Heracross doesn’t have any immunities, and Normal, Poison, Rock, Ghost, Steel, Water, Electric, Ice, and Dragon damage it normally. The best moves to employ against Heracross, the ones it is weakest to, are: Flying, Fire, Psychic, and Fairy. Use these moves and you should be able to catch it much more easily.