There are several gameplay systems that are included in almost every Pokemon game. Catching Pokemon and using them to battle other Pokemon, is, of course, the most common, being the backbone of the entire Pokemon franchise, after all. Another iconic element to Pokemon is the trading system that is employed, in one way or another, in these games. Pokemon Legends: Arceus is no different in this regard, as it also features a trading system. Our How to Trade Pokemon in Pokemon Legends Arceus guide will explain the way this works in Legends: Arceus, so that you can use it to trade Pokemon with your friends. 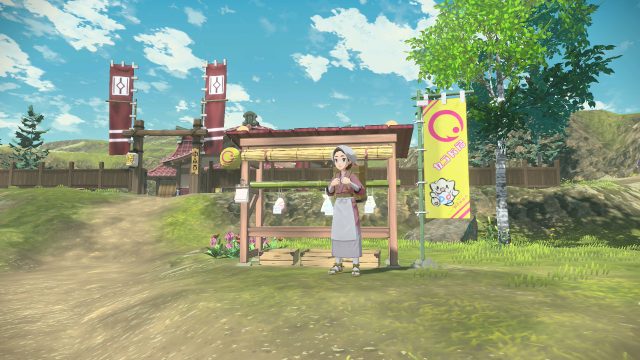 How to Trade Pokemon in Pokemon Legends Arceus

Trading Pokemon can be done in Trading Posts. You will encounter a Trading Post in Jubilife Village soon after beginning the game. Go there and speak with the vendor, Simona. You will get the dialogue option of her telling you about trading. After she explains it, a new dialogue option will appear – “I want to trade Pokemon.” When you click this, it will take you to a new screen. This Pokemon Trading screen is divided into two sections. The first one is “Someone nearby“, and depends on local communication between two close devices.

The second one is “Someone far away“. This requires two things – a working internet connection and that you have a Nintendo Online subscription. If both of these are available, you will be able to trade Pokemon over the internet. This is a very important feature that you will need to make use of if you want to complete the game’s Pokedex, since several Pokemon can only evolve through trading.