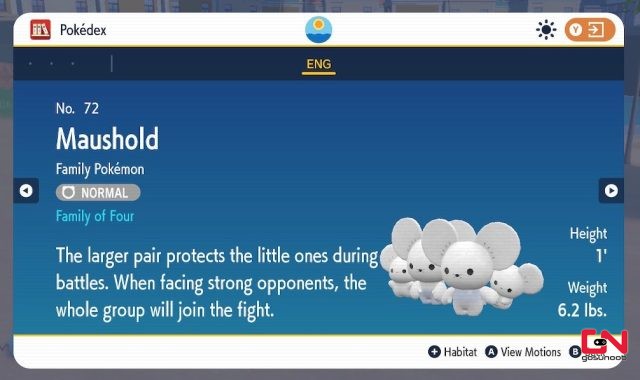 How to Get Population Bomb in Pokemon Scarlet and Violet

With each new generation of Pokemon, the game’s creators are getting more and more creative with new monsters. One of the latest additions to the Pokemon family is a Pokemon called Tandemaus. As the name suggests (a tandem of mice), it consists of two small, white, rodent-like creatures. And they evolve into Maushold, which is a Family of three or four, with little baby mice! And for this Pokemon, their signature move is called Population Bomb. It is a damage-dealing Normal-type multi-strike move, which hits an enemy target up to ten times per use. Each strike has a separate accuracy check, and if any fails, the move instantly finishes.

In order to learn this move, you will simply need to level up your Pokemon. Hence, Tandemaus will gain Population Bomb at level 46, while Muashold will get it at level 53. The Population Bomb move is very strong on its own, but it can become even stronger when combined with other items and abilities. The Loaded Dice item is particularly useful here. That’s because only one accuracy check will occur, instead of one for each hit. Furthermore, the Sharpness ability will increase its power by 50%.

NEXT POSTShiny Nihilego in Pokemon GO 2022