Marvel’s lawyers tried to copyright the term “zombie” back in the late seventies, but their dick move was not successful (you can read about it here). In that regard, any entertainment piece pushing a new word for the standard walking dead is probably motivated by artistic hubris, not economic necessity. “Look at us, we are so ahead of the curve that we basically float above the standard thesaurus.” We had many crafty alternatives to good old Z’s, the most famous being Walkers, Biters, Roamers, Creepers from The Walking Dead, and, the most recently, Freakers in Days Gone. Now we have Ridden. Yes, Ridden. 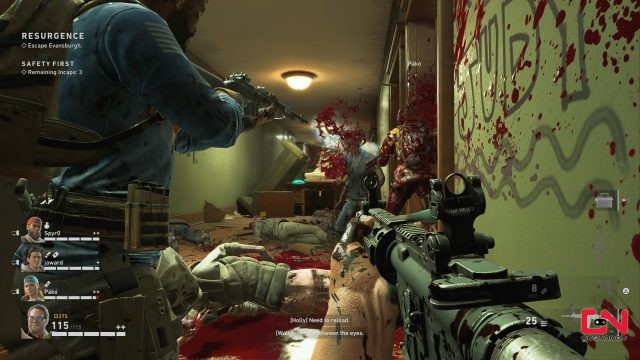 Inventors of the Ridden got rid of the standard zombie they used in their most successful game to date. Turtle Rock Studios, formerly Valve South (2008 – 2011), made the original Left 4 Dead in 2008, a genuinely remarkable co-op shooter that had pioneered the AI director, a set of clever routines that controlled the zombie spawns during matches depending on the player behavior and other factors. AI director provided much-needed unpredictability and the feeling of constant threading the fine line between success and failure. No similar game ever surpassed Left 4 Dead games (there were two of them), not even the Turtle Rock follow-up big game, Evolve, which unfortunately tanked and went free2play. In recent years, we had World War Z, a modern, 3rd person clone of Left 4 Dead that also failed to get significant traction. Can the magic of the original ever be repeated? 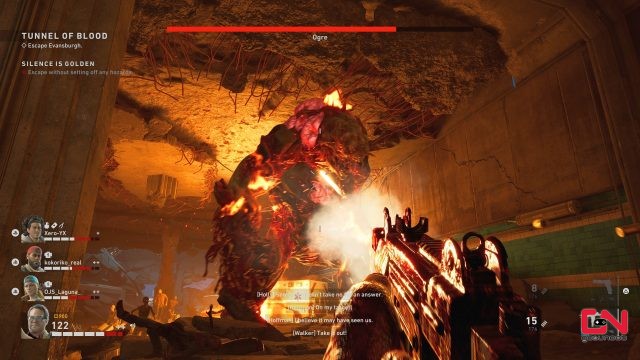 Turtle Rock Studios bets that it can, but after the weekend with Back 4 Blood beta, we are not entirely convinced. The game does everything you can expect of a modern AAA game, trying at the same time to remain faithful to the original. Our opinion is that the main problem lies in that dichotomic contradiction, with the conflicting forces constantly pulling the game on opposite sides. On the modern side, Back 4 Blood offers several interesting additions to the basic L4D formula and has triple-A visuals, so for the millennial gaming audience who were too young when Left 4 Dead ruled the co-op scene, the game might feel fresh. Or it might not. 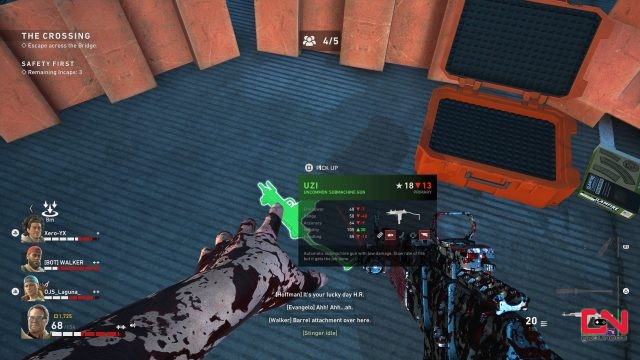 Back 4 Blood stars 4-player teams tasked with surviving the linear levels full of regular and special zombies and sculpted around professionally voiced narrative script. Precisely like in Left 4 Dead, players need to stick together, conserve ammunition and move between safe houses, avoiding stupid risks that spawn an instant undead horde. Beta offered two complete Acts, each with four stages, that could be played solo with bots or with 1-3 human companions. Beta also had a separate 4 vs. 4 PVP mode, which looks a bit like CoD Zombies, but the waves of AI-controlled trash mobs are augmented with members of the opposing team playing special Ridden mutations. 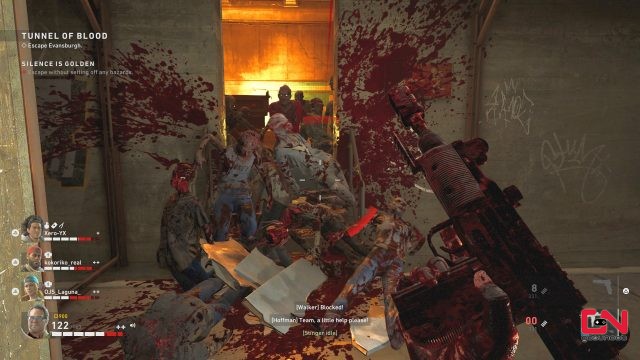 There are several additions to the basic L4D formula, and persistent progression sits on top of most of them. Each run awards you a certain amount of supply points that can be invested in unlocking the sets of cards that can be used as active or passive combat modifiers during play. Those cards affect all sorts of things, from giving you extra ammo capacity, a bigger health pool, healing boosts to gimmicks such as replacing an unarmed bash with a knife stab. Playing on the lower difficulty levels, you can easily afford not to pay attention to the card benefits, but they become necessary when playing the high-stakes run. Each stage in the game also gives you one debuff, like the persistent fog that limits the visibility or something equally detrimental. Another modern addition is weapons with different rarity, lootable and moddable during the match. The blue assault rifle will always perform better than the green or white one, and all of them can be upgraded with different sights, stocks, barrels, etc., either by finding the add-ons in the field or by purchasing from safe house vendors with limited inventories. Chasing the copper, currency needed for any vendor transaction, introduces the element of greed that was less present in Left 4 Dead, where players usually strayed from the group due to sudden curiosity or because they glimpsed the consumables or ammo in the next room. Now, playing with randoms, you will have somewhat bigger problems with „lemme just check the basement alone“ guys. 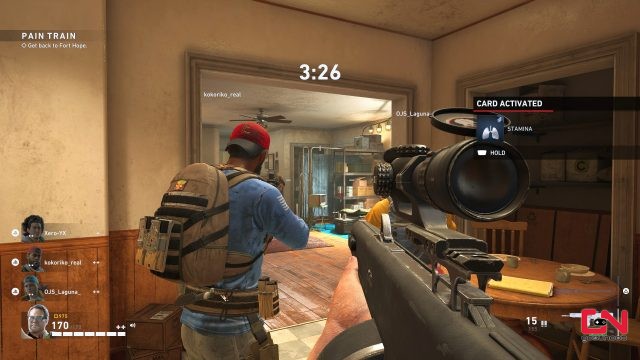 Enemy spawns are random, with lots of opportunities to summon angry undead horde if you are not careful. One of the less convincing ways to do that is to disturb the flock of birds feeding on corpses – why are those birds ignoring the roar of nearby automatic fire but freak out after you approach on foot? Or better yet, why the horde also ignores gunfire and react only to loud squawking? Things like that break immersion, and we like immersion. Besides the Ridden Vulgaris, there are special variations, i.e., exploder, tank, etc. Not much novelty here. 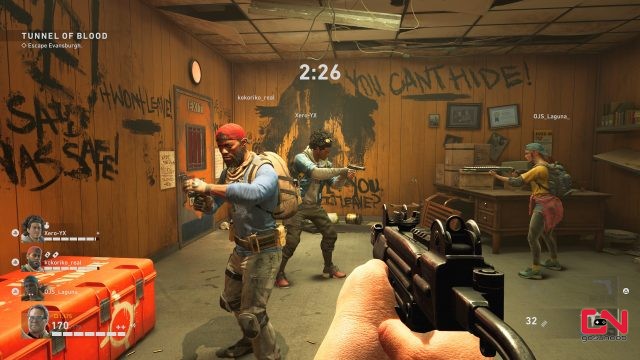 Overall, Back 4 Blood is OK, but we doubt that OK will be enough to cut it regarding long-term staying power. The game is just a modern-looking take on the classic Left 4 Dead formula that openly invites comparison with more stuff than just with the number in the title. We loved Left 4 Dead and tried to find similar magic here, but the feeling of brutal deja-vu was inescapable. Your mileage may vary, especially if you never had a chance to play the original game – if you still have the potential to get impressed, cherish it and guard it well! Whether you’ll have fun or not also depends on the company as bots and randoms, predictably, can make your experience dull or miserable, or both. A good company of real-life friends can make all the difference.