Until there is some radical technology shift regarding how we control or consume games, innovation will mostly manifest itself as a clever combination of established genres and influences. Phantom Abyss is one of those titles whose constituent parts are nothing special by themselves, but combined they act, militarily speaking, as a force multiplier. 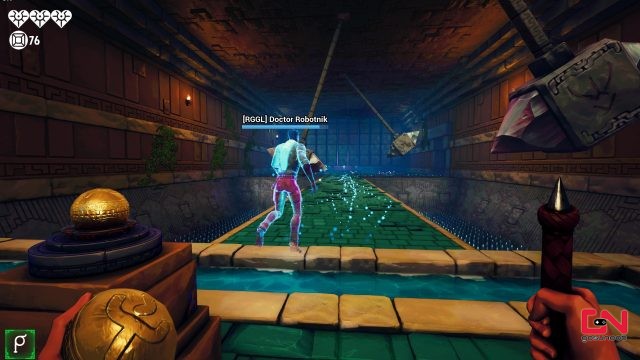 First person platforming with asynchronous multiplayer, presented as a roguelite, procedurally generated tomb-raiding game with persistent unlockables is surely a mouthfull as far as definitions go. You play as an anonymous adventurer who got himself cursed while attempting to loot a Mesoamerican temple. Trapped within a pocket dimension of sorts in the company of a local deity, you have no choice but to do their bidding. Gather temple idols, it says, so we both may escape. Right on. 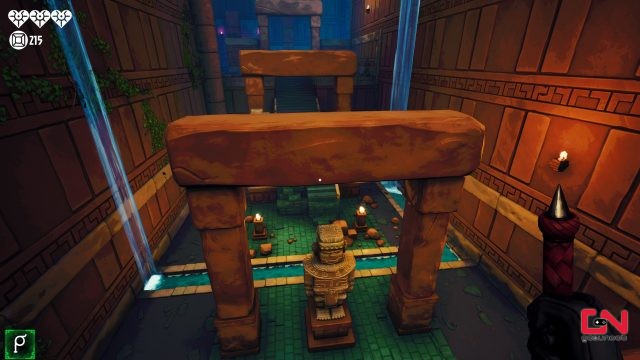 So you embark in said gathering, running through temples riddled with traps and angry magical guardians, trying to reach the bottom where the liberating relic lies. During most runs you are accompanied with ghosts of the players that attempted the same temple layout before you and perished at some point. They represent great reference pointers and you’ll do well not to race them but to observe what they are doing, more importantly, what they are doing wrong. Each run is procedurally generated from several segments taken from the circular contraption that looks like a clockwork visualization of the Mayan long count calendar. Combinations are nearly infinite, but each completed temple layout gets erased from the pool of possibilities, forever bound to the player who managed to conquer it. 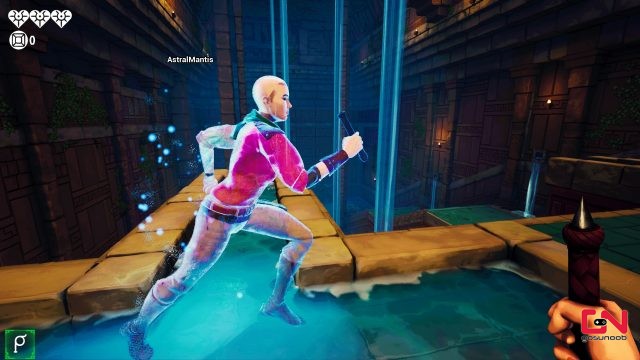 This overall design is tailor-made with the competitive players in mind, most likely the same ones who spent years streaming Spelunky runs that look impossible to reproduce for average humans. Phantom Abyss requires a solid amount of skill, but you can expect to get reasonably good real quick with consistent practice. Bear in mind that this is an early access game, with lots of tweaking still to be done, new traps and hazards to be implemented, and new proverbial curveballs to be thrown in the player’s direction. So, in all probability, the level of challenge will increase. 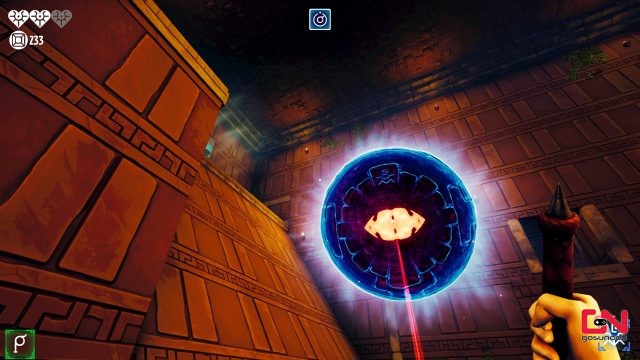 Although still limited in scope and details, the core game is a blast. Running thru the hallowed halls you tried to rob and got screwed, you’ll jump, slide and use the whip in the manner of Indiana Jones, always being mindful of your deadly surroundings. Whip triggers some traps and, more importantly, enables you to Tarzan from one platform to another. Presently, there are no enemies that can be whipped into submission, but for the rest of the utility, whipping is reminiscent of City of Brass, a largely ignored but mighty fine roguelike from a couple of years back.

Speaking of enemies, after you complete the first floor in any temple layout, you’ll activate one of the few resident magical guardians who will promptly begin to chase you. They manifest themselves in the form of big, floating Tiki masks, giant levitating eyes, or something equally menacing, and they attack you with fiery beams, poison balls, or have other deadly means to get you. Each completed floor adds to the frequency of their attacks, increasing urgency to move, outpace them and break the line of sight. Due to the sense of inescapable danger, the whole affair sometimes feels like an advanced version of Temple Run, one of the first endless running games on mobile. Guardians are relentless and, at present, cannot be defeated, only outran. 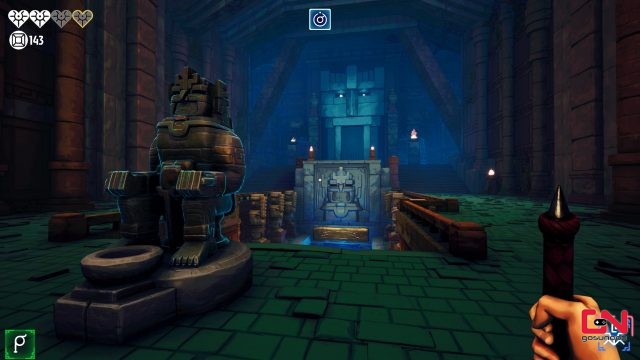 Your abilities can also evolve if you can pay for them. At the end of each temple section, your deity pal will offer to bless you for an increasing number of gold coins found in chests – 150 gold for the first, 50 more for each subsequent one. Blessings are various and sometimes game-changing, like double-jumping, negating fall damage, or increasing the whip range. If you’re tight on remaining lives (you have three, initially), you can also replenish them instead of taking the blessing. When you manage to pick up one of the lesser idols, you will get access to one of the alternative whips, which offers both buff and debuff – for example, it might provide increased speed or range, but it will have you take damage when touching any water surface. You’ll also get a bunch of keys that open secret rooms and alternate routes, but most of that stuff is still in the placeholder phase.

Visually, Phantom Abyss is made to be fast and accessible to the greatest number of PC setups. There is nothing glitzy or fancy there, as the graphic is optimized for performance and simple, functional elegance. Of course, that can change if devs decide to push for more fidelity in the future. 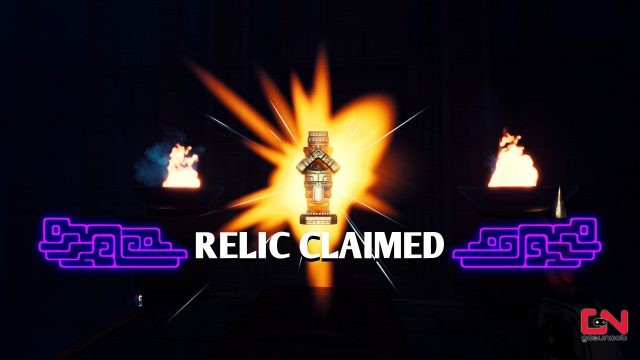 According to developers, Phantom Abyss will remain in early access for another year or so. That’s plenty of time to add extra flavor that is currently missing from the vast temple halls. But, even in this early phase, the game can be tremendous fun, and I suspect that potential for it can only increase. One thing to avoid is overcomplexity – it killed many promising games that worked perfectly in the bare-bones form.