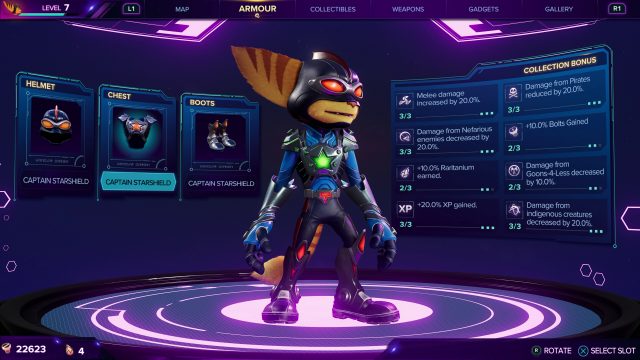 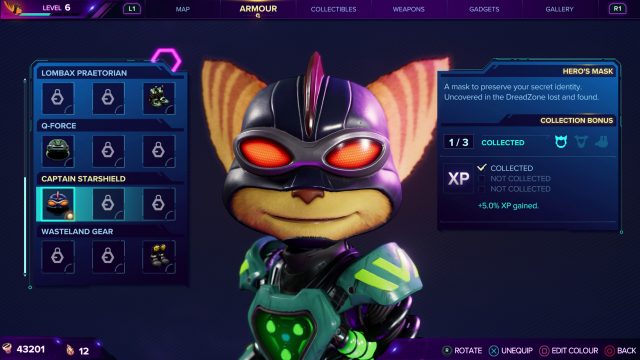 The first part of the Starshield Armor Set is the Starshield Helmet (called the Hero’s Mask). You can find it on Savali – Urfdah Mesa, in Pocket Dimension: 43-63-08. Enter this pocket dimension. In the distance, you will see the armor piece. To get to it, you will need to wall run along several walls, timing your jumps from one side to the other. When you reach the end of this floating corridor, jump over the bombs and glide towards the dimensional rift until you are able to grab it. You are now on the island with the Starshield Helmet, so approach and collect it. When you wear this Hero’s Mask helmet, you earn 5% more XP. 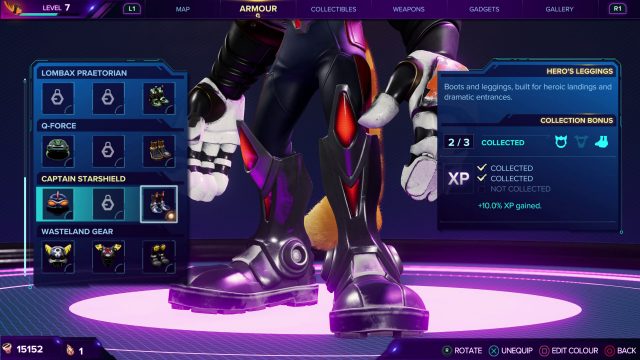 The second piece of the Captain Starshield Armor Set, the Starshield Boots (called Hero’s Leggings in-game), can be found on Ardolis – Pirate Base, inside Pocket Dimension: 21-66-72. When you enter this Pocket Dimension, the Captain Starshield Boots will appear easy to get – like you can jump straight to them. However, this is misleading, and you will need to zip around this pocket dimension grappling from platform to platform until you make your way to the floating island where the Starshield Boots are. Shoot the debris and mines out of the way to make this easier. When you reach the island where the Hero’s Leggings are, collect them and your XP gain will rise to +10%. 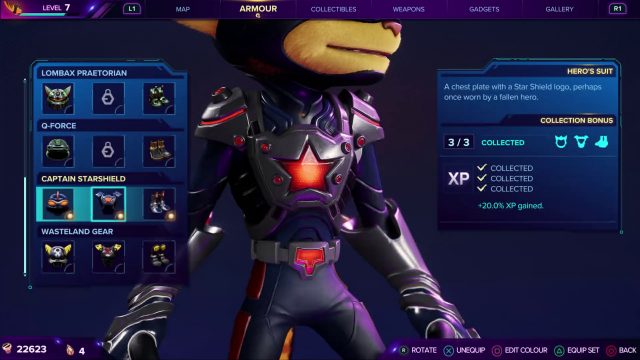 We hope that you have found our Captain Starshield Armor Set Ratchet & Clank: Rift Apart guide useful. We have similar guides on other armor sets in the game and we invite you to check them out in our Ratchet & Clank section. Happy gaming!