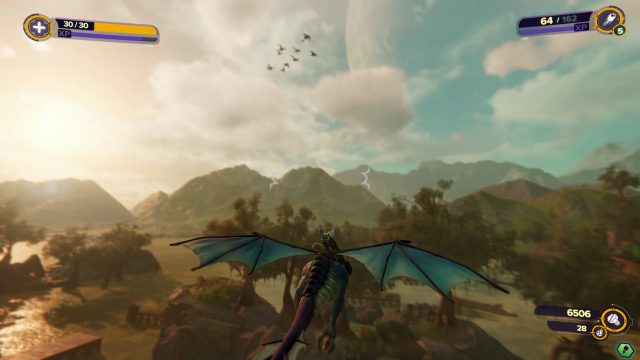 How To Get Dragon Mount Trudi 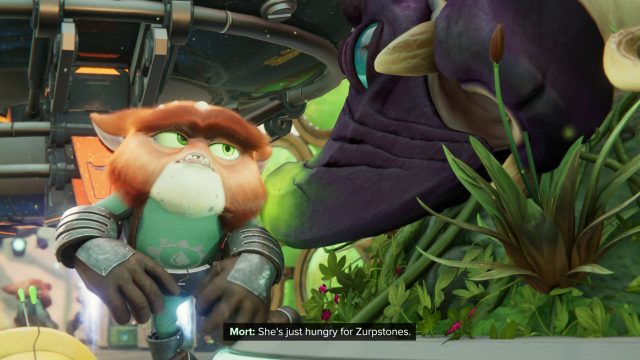 You can get Trudi the Dragon Mount on the planet Sargosso. Rivet’s old friend Mort is caring for the hungry dragon and explains that Trudi is starving for Zurpstones. In order to cheer Trudi up, you will need to collect and bring back 15 Zurpstones. Mort will point towards a small rock island where Trudi usually gets her Zurpstones. As soon as the conversation is over, head towards that island. You will see a pocket dimension that you can use to get there. Once on the island, smash the Zurpstones to collect them. The Zurpstones look like purple flowers.

You will see more Zurpstones on a nearby island, so jump over to it and collect them as well. To get to the next island, you will need to use a Speetle. Luckily, there’s a Speetle Nest nearby. Smash this nest and get on a Speetle (by pressing the Triangle button) to cross the water. Continue following the path, collecting Zurpstones as you go. After you’ve collected 15, Mort will call to let you know you can return to Trudi. Make your way back to the Gelatonium Factory.

Collect 30 Zurpstones To Get Trudi as Your Mount

After you have returned to the Gelatonium Factory and fed Trudi your Zurpstones, Mort will offer you a new deal: collect 30 Zurpstones and he will trade you the Ranger Boots for them. This will also unlock Trudi as your mount.

Mort has marked all of the Zurpstone location on your map, so getting them will be easier. Make your way around the map and keep collecting them until you have found 30. Return to Mort, who will award you with the Ranger Boots. He will mention that you can unlock the RYNO Spybot if you find more Zurpstones.

Trudi will then join you, since she wants to help you look for them.

Congratz, you now know How To Get Dragon Mount Trudi in Ratchet & Clank: Rift Apart and you have a great new way to get around Sargosso.