Resident Evil 7: Biohazard is the upcoming first-person survival horror game by Capcom. The game seems to take a sharp turn away from previous installments. Judging by the demo, it’s going to focus more on horror than action, in the vein of Outlast and Amnesia. The demo, titled Beginning Hour, has revealed a lot about the game, but raised just as many questions. Here’s what we know so far about the game. 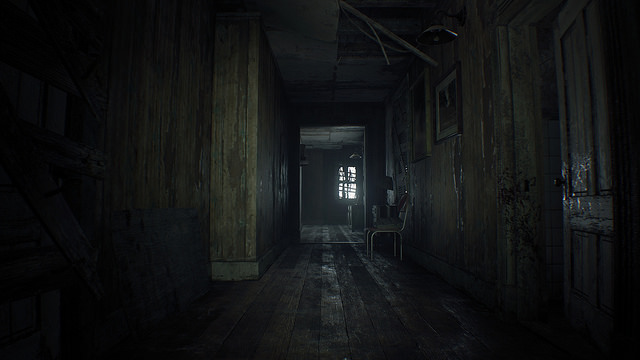 The new Resident Evil will hit shelves in Europe and North America on January 24th and January 26th in Japan.

Which Platforms will Resident Evil 7 be on?

The game will be released for the PC, PlayStation 4 and Xbox One. PlayStation VR exclusivity will last for 12 months after the game’s release. After that period, it might arrive for the Oculus Rift and HTC Vive. The game will feature cross-saving between the PC and Xbox. The game will have enhanced graphics on the PS 4 Pro, and there are no plans so far for the Scorpio. All in all, it seems that PlayStation users will have the best experience.

The setting of RE 7: Biohazard

The game is set in the fictional town of Dulvey, Louisiana, four years after the events of Resident Evil 6. Our main character, Ethan Winters, is searching for his missing wife. He comes across a decrepit old mansion inhabited by the Baker family mansion on a plantation. The Bakers seem to be a family of hillbilly cannibals, very much like the family in Texas Chainsaw Massacre.

Ethan is not a trained S.T.A.R.S. member, or anything like that. Much like Harry from Silent Hill 2, he has no experience in wielding weapons. Hes just a vulnerable, regular civilian just like most of us. This will make him more relatable and the environment much more terrifying.

The majority of the game will revolve around the Baker house and the grounds. The gunplay will be scaled way back. This is a true return to roots for Resident Evil, but with a very much needed fresh coat of paint. Rather than focusing on mowing down zombies and mutants with machine guns and rocket launchers, the game will focus on building atmosphere and claustrophobia. The game will be small and compact, but filled to the brim with content, and that is something we sorely need in the era of empty open-world games.

As mentioned, Ethan is an average Joe, and can’t use heavy-duty military gear. We will be able to use regular firearms, chainsaws, shovels, a woodchipper, circular saws and other improvised weaponry. Unlike its predecessors, RE 7 is a first-person game and it’s a single-player-only experience.

Continuing the return-to-roots theme, a lot of familiar stuff will come back in the game. Get ready to use green herbs, gunpowders and first-aid sprays again, as well as spend hours managing your tiny inventory. Yup, limited ammo and other resources are back to haunt you and make you curse having to backtrack for something you thought you wouldn’t need. Of course, let’s not forget solving environmental puzzles and doors “locked from the other side!”

Each chapter will revolve around one part of the mansion. Ink ribbons are gone, replaced with tape recorders we’ll use to save our progress. Another interesting addition is storytelling via VHS tapes, mirroring found-footage horror films.

The A.I. seems to be very sophisticated and relentless. The Bakers freely roam around the mansion, so there might be no truly safe zones anymore. Each chapter is supposed to focus on one part of the mansion and one Baker family member, though I doubt that you’ll be dodging just one at a time, especially in the late game.

There will be three difficulty settings: Casual, Normal and Hard. To unlock Hard Mode, we;ll have to complete Normal first. However, if you’re as good at Ressie as I’m not, you can unlock it immediately by preordering the game.

Zombies and monsters in RE 7

Of you’ve played Resident Evil 7 Beginning Hour, you might have met the sludge-monster in the basement. We have no idea what other monstrosities are waiting for us. So far, we’ve only met the Bakers and whatever that creature was. The events of previous games and this one are connected, but we don’t know exactly how. On top of that, this game is the first to combine the Resident Evil and Biohazard names. Capcom have also teased that there’s a plot clue in the title itself, so we’ll see what they meant by that.

As for the T-virus, well, that might also make a comeback somehow. Maybe. Probably. Or not. Masachika Kawata, the game’s producer, mentioned that everything in the game will be “true to Resident Evil”. I haven’t got the slightest clue what that means, but color me very interested.

We can expect a total of four DLCs, and each of them will be its own story chapter with its own multiple endings and achievements. One will have a playable card game, while another will have riddles. There’s even talk of a horde wave mode. If this sounds enticing, you can already grab the season pass.

The Xbox Deluxe Edition features the season pass, as well as some in-game items. You’ll get Herbs, First Aid Med, Strong First Aid Med and Lucky Coin. Meanwhile, the Collector’s Edition is truly awesome. You’ll get an 8″ tall Mansion music box that plays “Aunt Rhody”, and exclusive lithograph of the Bakers, a 4 GB flash drive dummy finger and much more.

So, this is pretty much everything that we know about the game so far. I honestly can’t wait for this game to come out, it promises to be a thrilling ride!

NEXT POSTFinal Fantasy 15 Has Shipped More Than 6 Million Copies