Considering how much everything has changed in the last quarter of a century, Age of Empires 4 is almost Old-Testamentesque in its conservativism. It’s a high-budget, real-time strategy game trapped inside a temporal bubble, constructed around the perceived want of a nostalgic fan. It has no ambition to break any new ground or jolt the comatose genre into forward momentum again. But what it does, it does surprisingly well. It aims not only to preserve but to actively promote and celebrate the ancient status quo. Pure neo-classicism.

Age of Empires 4 shares much of its DNA with the Age of Empires 2, embracing the simplicity of, arguably, the best entry in the series. It offers four single-player campaigns, eight semi-asymmetric civilizations, skirmish, multiplayer, and a host of detailed training missions. It also comes with gorgeous cut-scenes that will eat up almost 200 GB on your SSD if you decide to install 4K HDR Video Pack assets (86 GB if you opt-out from that bloat). In short, it’s big, and it has (almost) everything. Separate historical battles are not part of the package as they feature in the campaign(s) proper. 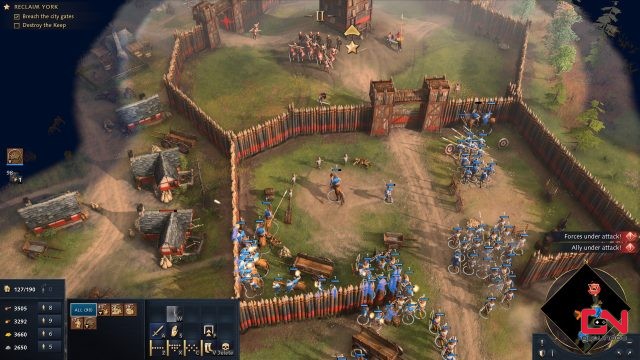 The Normans, The Hundred Years War, The Mongol Empire, and the Rise of Moscow are those single-player campaigns. They aim to be historically accurate, offering very detailed briefings, Discovery channel style. The same documentary approach continues through scripted developments in missions, provided by the narrator instead of hero units in the field. I’m OK with this as it allows for the necessary distance between players and history that they help unfold. Yes, unfold, not change. Age of Empires 4 doesn’t dabble in what-ifs but steadily sails over the sea of authenticity. William the Conqueror WILL kill Anglo-Saxon king Harold in the battle of Hastings in 1066. Different outcomes or playing for the opposing side are not possible here.

The main difference between AoE 4 and previous iterations is the host of more significant variations between civilizations. Mongols, for example, can pack their buildings and re-establish camp somewhere else; the Holy Roman Empire, on the other hand, has massive bonuses for fixed fortifications, making their walls difficult to breach. There is also a metric ton of smaller distinctions, such as Rus’ ability to earn gold bounties by slaughtering predator animals with the scout unit. All civs share the same pool of units, with several uniques like mighty war elephants fielded by Delhi Sultanate or The cannon, French potent siege weapon that doesn’t need to unpack before firing, like generic Bombard. 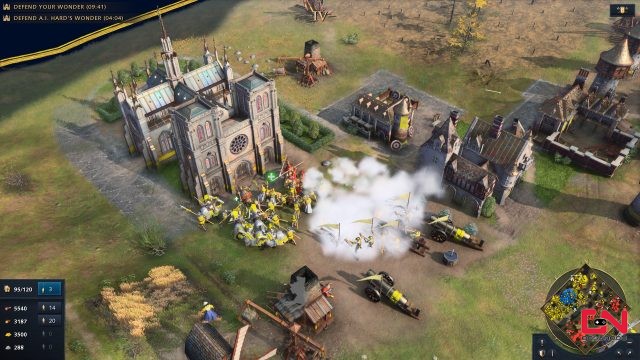 Age of Empires 4 plays faster than any AoE before it. The fluid dynamic is helped by the infantry’s ability to ad-hoc construct some siege weapons. Battering rams and siege towers can be manufactured anywhere, eliminating the slow and arduous process of dragging them across the map. Unlike many contemporary RTS games, Age of Empires 4 doesn’t actively penalize turtling, offering it instead as a viable strategy for some civs.

Depending on the mode of play and scenario, there are several ways to achieve victory in Age of Empires 4, but a typical skirmish mission offers most of them. The simplest way of winning is by razing the opponent’s camp, but a dedicated „turtler“ might go for Wonder victory. Building a monumental wonder building such as Notre Dame and holding out the enemy onslaught for fifteen minutes is often more satisfying than pure outward violence. Another way to WTFPWN your foes is via controlling the sacred sites scattered on the map (usually near the middle). These tactics are best suited to civs with fast and strong mounted units that can promptly respond to any challenge. Hoarding the relics inside the camps is, luckily, abandoned as a concept. 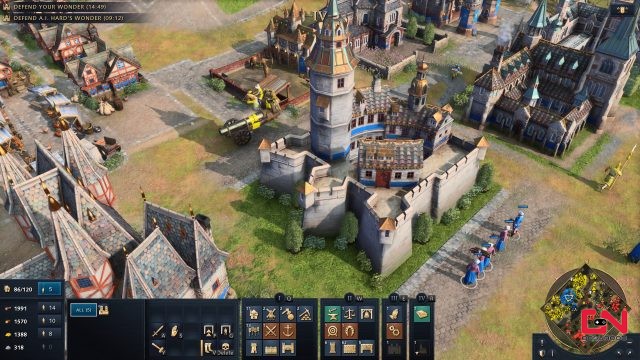 As a visible upgrade to its ancient predecessors, Age of Empires 4 has 3D units on 3D terrain, all supported by advanced in-engine physic. Considering all that, it is puzzling why melee combat sometimes feels so impotent. Cavalry charges are almost farcical – knights equipped with lances will slow down at the point of contact and engage in melee instead of punching a hole in enemy formation and scattering bodies around. If you had played any Total War game in the last decade, you know how cavalry charge is supposed to feel. Not like the weak-ass version from Age of Empires 4.

Speaking of weakness, I should address abysmal unit AI inside confined spaces. When you breach enemy gates and order your units to attack, they will pick the nearest target, often a remnant of the sidewall that is of no consequence whatsoever. If they advance en masse, they will often go separate ways, merrily going around buildings like headless chickens, exposing themselves, and generally acting like a bunch of cretins. You always need to micromanage and manually order everyone; you simply can’t depend on AI, at all, for anything. This will be tiresome for most people, but some will argue that fast micromanagement is the essence of skill.

Play it for Free (ish) 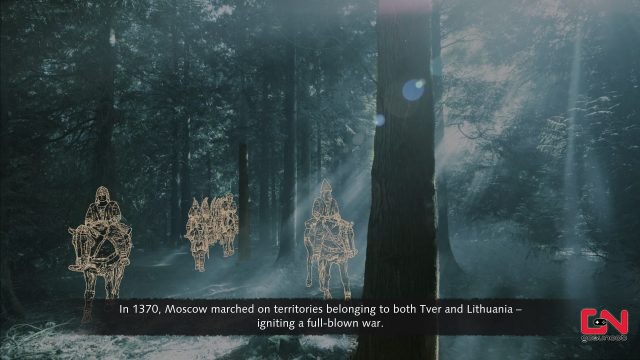 Age of Empires 4 is a part of an Xbox Game Pass from day one. I can’t stress enough how big a deal that is. Instead of a bare-bones demo, you get to play the entire brand new AAA game for a fixed monthly (or yearly) fee. Microsoft had failed to break any new conceptual ground with AoE 4, but for sure is leading the charge to establish new and more affordable ways to enjoy the games in general.