Eleven years after its release on Xbox 360, Alan Wake is considered a modern classic. It was a big-budget game, created as relaxed labor of love, free of the usual constraints of AAA game development. Remedy Entertainment previously caught a big break with Max Payne 1 and 2. They used the star power to leisurely experiment for many years, working on their vision while being bankrolled by Microsoft. Initially thought of as an open-world survival title, Alan Wake was eventually streamlined into a linear supernatural thriller experience. The game paved the way to Quantum Break and Control, but it never had a proper sequel. Although released as a stand-alone title, Alan Wake: American Nightmare was more like a DLC/vignette type of content with a different protagonist. 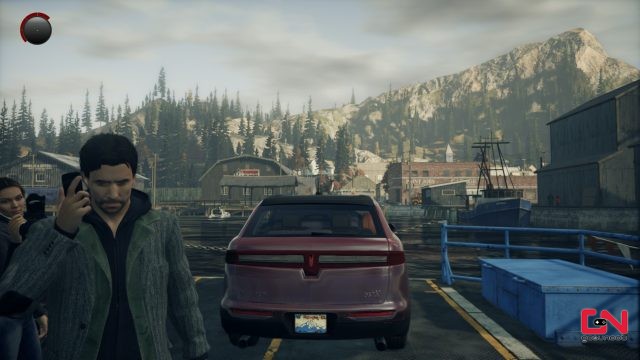 The final DLC for Control sparked the renewed interest in continuing Alan’s story, which is probably in a secret pipeline somewhere. In the meantime, Remedy decided to remaster the original for modern PC and consoles. For the first time, Alan Wake is also available on PlayStation, shedding Microsoft’s ecosystem exclusivity. I played the Remaster on PC, anxious to see what the developers had done with the technical aspects of the original.

What, no ray tracing? What about HDR?

Frankly, I’m somewhat disappointed with the result. Yes, the game works in 4K/60 fps; It supports ultra-widescreen and has vastly improved models and textures. Lip-syncing, primitive in the 2010 version, now works correctly. But the Remaster still lacks the best stuff! There is no ray-tracing and HDR, which feels like a missed opportunity considering that the whole point of the game is combat based on light sources. I guess the original game engine, which is also used here, was unsuitable for this upgrade. 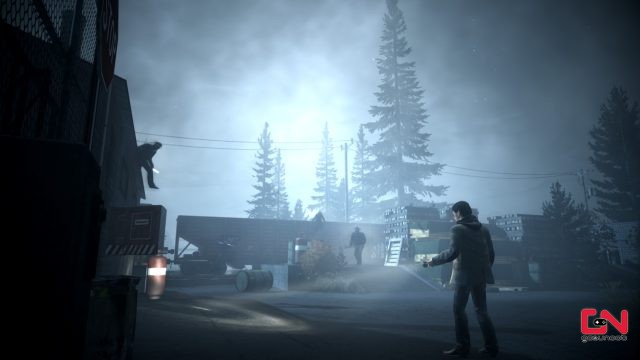 Cutscenes are still capped to 30 fps, which feels awkward when transitioning from smoother, 60 fps gameplay. At least, Remedy implemented DLSS, which is a big step-up compared to the traditional anti-aliasing. They also added FoV adjustment and a film grain toggle, but they bugged motion blur. If you are like me (sane person), you tend to turn off the motion blur first thing in any game as you trust your eyes to simulate that effect naturally. If you do that here, you will mess up the spectacular spawning effect of dark creatures you fight all the time. Oh well.

Alan Wake Remastered will look the same way you think you remember it looked back in 2010. But I didn’t play it for the looks. I was longing for another pass through a solid supernatural story worthy of the early Twin Peaks spiced with a bit of The Shining, which got unnecessarily complicated at the end. Just to be clear, by “End,” I mean the ending of the second DLC for the original, The Writer. Both DLC-s, The Signal and The Writer, are included with the Remastered version. 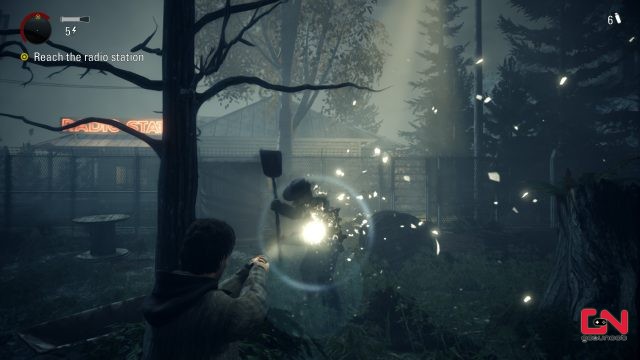 So, the story. Alan Wake is a successful novelist suffering from creative block. He attempts to remedy (ha!) that by leaving the big city for a vacation in the Pacific Northwest. Specifically, a sleepy little town called Bright Falls. Accompanied by his wife Allice, who has a pathological fear of the darkness, he completely ignores the fact that every sleepy little town near the Canadian border has a big, dark secret. He soon finds out that his unwritten novel somehow came to life. Otherworldly force kidnaps his wife and sets our reluctant hero on the path of violence laced with introspection. And a lot of running through dark woods.

Different as Night and Day

Like the original, Alan Wake Remastered channels its own Chris Carter, splitting itself into six tense episodes with plenty of cliffhangers. Most of them consist of a “tame” section used to establish the narrative during the day, with the night part almost exclusively reserved for combat and survival. You will fight the malignant entity that manifests itself as a possessing dark force, able to inhabit both people and things. You will combat those by peeling off the protective layer of darkness by shining the flashlight at them first and shooting them after the shield pops.

Like in any Resident Evil worthy of its salt, resource mechanic is made to feel restrictive, but it’s actually generous. You will have limited batteries and ammunition, but the game will always provide more if you run out. Most of the time, you can also run from danger towards any strong light source, where The Taken can’t harm you. The light+lead mechanics are solid, carrying the game until the end. 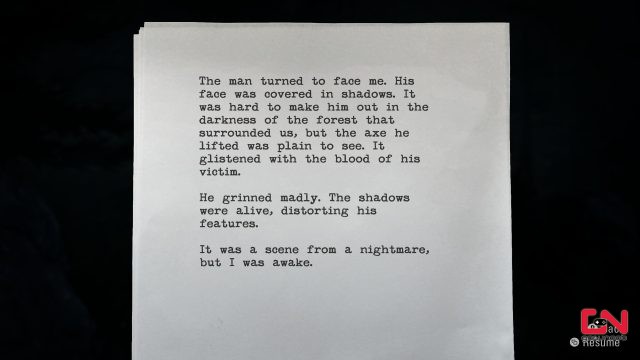 Excellent writing, characterization, and narrative set the game apart from most similar games. Alan Wake is a tense guy with a problem that occasionally turns him into an asshole, but you can easily empathize with his plight. The supporting cast is also solid, even if devs graciously borrowed lots of tropes from Twin Peaks.

Is it worth it?

Alan Wake Remastered costs twice as much as the original game that is still available on Steam. Also, it’s exclusive to Epic store, which coincided with its upgrade that implemented achievements. This doesn’t bode well for my OCD as I like my franchises neatly sorted under one roof. Your mileage may vary but definitely go for Remaster if this is your first time with Alan Wake.

PREVIOUS POSTFar Cry 6 Wingsuit – How to Get and Use