The sheer power and artistic quality of Alien (1979) and Aliens (1986) are carrying the rest of the mediocre Xenomorph movie franchise on their mighty backs. Those legendary movies are the reason why almost no one makes EEEEW face when you mention that you generally prefer the Alien universe over the rest of the cinematic science-fiction. They are the reason everybody knows that „Game over man, game over!“ quote belongs to private Hudson and not some other entertainment entity. Because of them, we can almost forgive all that dungy hybridized Alien/Predator stuff. Almost.

Same as Alien movies, Alien games are mostly MEH bordering on YUCK, with several notable exceptions such as Alien: Isolation. On the other side of the quality spectrum, we „recently“ had Aliens: Colonial Marines, absolutely terrible FPS, which made everyone very cautious when wishing for another shooting game set in the Alien universe. It took eight years until someone dared to venture into that hive again. 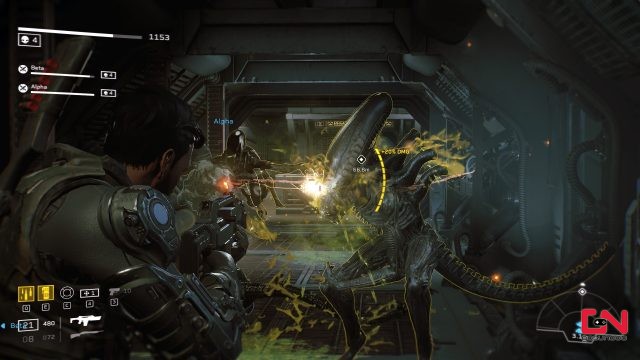 Aliens: Fireteam Elite is a decent game. Not a major hit by any means, but an honest to God, co-op survival shooter that cleverly combines lingo and kinetics from the very best xenomorph movie (Aliens, ofc) with lore from much less famous but conceptually rich Prometheus (2012) and Alien: Covenant (2017). The first reason alone would be enough for some people to forgive many mediocre parts of this game. I have few freaky friends who watched Aliens 40+ times: those guys are having a pavlovian, salivating response when hearing the unmistakable sharp bursts of M41A Pulse Rifle and would devour Fireteam Elite like it was made of chocolate. I must admit that the same greenish acid flows through my veins, so this review might not be the most objective piece of journalism ever. What I can say, I love that stuff. 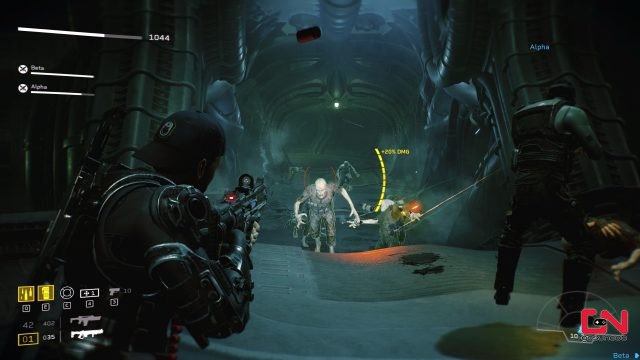 The game makes good use of plot points from the last two movies, introducing Colonial marine expeditionary force tasked with salvaging yet another disastrous corporate mess. Several decades after Ripley, Bishop, Hicks, and Newt escaped LV-426, the circumstances have changed – no longer an isolated incident, Xenomorph is now a threat that plagues outer human colonies, facilitating an armed response under Colonial Protection Act from 2187. Weyland-Yutani covertly experimented with aliens and black pathogen goo that was (canonically) the root of all evil, and the marine contingent from assault carrier Endeavor must patch things up, search for any survivors, and rescue colonist’s daughters from their virginity. Well, maybe not that last part.

Aliens: Fireteam Elite feels like a heavily scripted version of Outriders made for three-person teams. The game has four mini-campaigns, each consisting of three missions, and completing all of them unlocks the horde mode. There are class and progression systems in place, with plenty of unlockable weapons, attachments, and cosmetics. Although the game is meant to be played with other people, friends preferably, you can comfortably complete it with bots on easier difficulty levels. There is something for everyone here, as no player is penalized due to their preferences. Feel like following the story without constant interruption by movie-quoting friends? Set the game on casual difficulty and opt for private matchmaking, which will fill the other two slots with relatively capable bots; fancy tackling the standard difficulty with real people? Or maybe trying the top difficulty tiers with serious real-life friends who won’t ragequit after the fifth wipe in a row? Matchmake away! 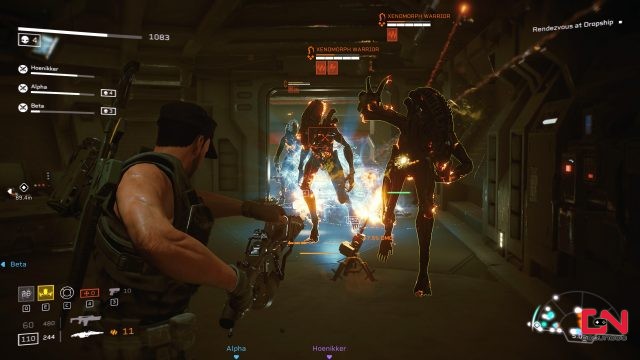 There are four initial classes in the game – Gunner, Demolisher, Technician, and Doc – the fifth, Recon, unlocks once you complete the game. Each class has weapon loadout rules and different perks/gadgets, and special abilities. For example, only Demolisher can use iconic M56 Smartgun, auto-targeting mitrailleuse carried on harness that private Vasquez wielded with such zeal; every class can use the first-aid kits, but only Doc can deploy portable aid station with AoE healing effect. Every weapon in the game can be customized with three add-ons that slightly modify the primary stats, such as range, reload speed, handling, etc. All those sights, muzzles, and barrels sometimes have a secondary effect, such as the chance to stagger the enemy, so there is plenty of stuff to experiment with. Besides aliens, you will fight various mutants and synthetics, and every mini-campaign has a dominant motive in that regard. There are many non-canonic foes here, but the Alien nerds could successfully argue that comic books also deserve to be part of the canon. Anyway, let’s be happy that there is absolutely no trace of Predator anywhere. 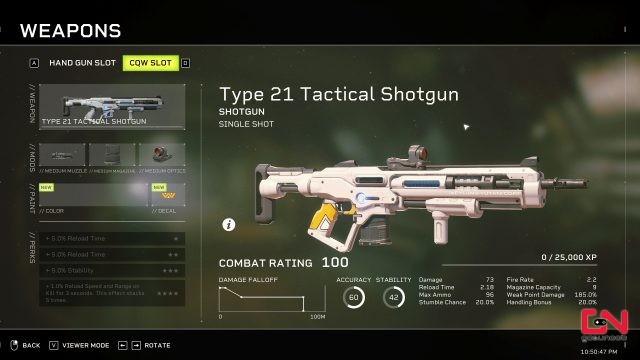 Flaws? Overly scripted enemy spawns and total and absolute linearity of the approach to any given mission. There is only one way thru alien ruins, derelict space station, or any other locale, and enemy wave spawns are tied to activating some stubborn mechanism. It’s almost farcical that aliens would be aroused, time and again, to Endeavor’s AI hacking of the automatic door and would jump en masse all over you. The scripting part was designed by someone with near-zero imagination, I’m afraid… The only real variation you’ll experience here will come with experimentation with different classes, their loadouts, and synergy, which is essential only on high difficulty levels. Casual players, not interested in trying to beat the impossible odds, will get bored quickly, and enthusiasts without enthusiastic friends will soon follow suit. Relying on randoms for anything above standard difficulty is a recipe for a quick mental breakdown. I played a lot of World of Warcraft and I had my fill of people happily standing in voids – no reason to experience the same thing with acid here. 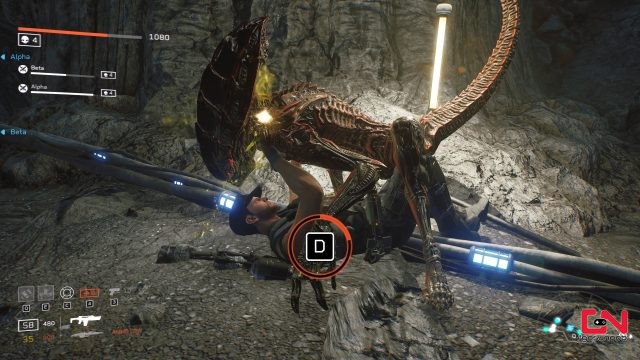 Should you play Aliens: Fireteam Elite? If you have a dedicated, serious team of friends interested in pushing the difficulty envelope, then perhaps you should. If you are a casual Alien fan interested in a single pass through the story, you might want to wait for the next Steam sale.