This is the nineteenth installment in Call of Duty main series. I thought hard about the great opening I would begin this review with, and came up with nothing. It’s the number, you see. I could hardly be more excited even for the nineteenth instance of lovemaking with Monica Bellucci (I might be lying about that). If I would have to point out a single thing worthy of fanfare, that would be Infinity Ward on the helm. The original CoD studio, despite all the layoffs and scandals over the years, is still number one. Call of Duty: Modern Warfare 2 is a better game than BLOPS Cold War and Vanguard. Simply put, those were made by developers with a lesser grasp of what makes CoD attractive and exciting. 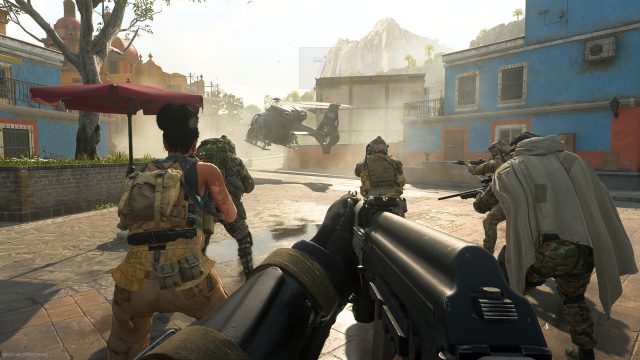 A single-player campaign is OK from a standpoint of mission variety, but the story is a weird mixture of fact and fiction that meanders between both. It’s completely unrelated to Modern Warfare 2 (2009), except for Soap, Gaz, Price, and other operators from Task Force 141. The campaign begins with the assassination of Iranian general Ghorbrani, inspired by the murder of actual IRGC general Qasem Soleimani, killed via US drone at Baghdad international airport in 2020. It continues with the terror plot involving his deputy Zyani, working with Mexican drug cartels in preparing a missile attack on US soil. There’s also Al-Qatala, a terrorist organization in the vein of Al-Qaeda, working in cahoots with IRGC. Even a very casual observer of geopolitical trends knows that those two are mortal enemies who would never dream of assisting each other. Throw some Russians into the mix, one rogue PMC, and a corrupted US general, and everything goes off the rails. The plot is just a lazy mix of common War of Terror tropes thrown into the pile and spiced up with fragments of several recent global crises.

The missions, however, are mostly fun, as developers took great care to include some fan favorites, modified for the modern audience. We have a rehash of a famous sniper mission, hiding in the grass while bad guys almost step on your head. Of course, there is AC-130 close air support sequence – blasting the cartel forces while the operator casually commenting about good hits and effective fire is a guilty pleasure. One real novelty is the stealth mission with crafting, which I’m not going to spoil for you.

Classic Multiplayer is Back in Force 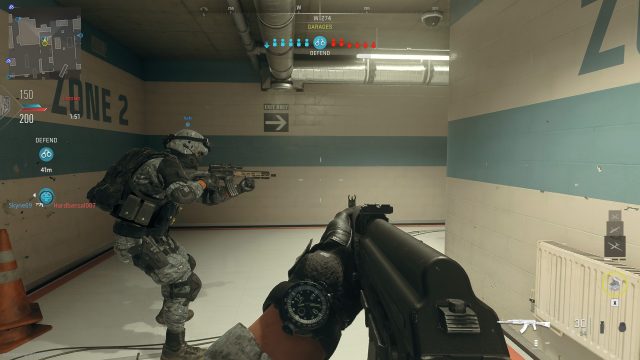 Traditionally, the best part of any Call of Duty is multiplayer. Modern Warfare 2 doesn’t disappoint there, offering a plethora of classic modes such as Free-for-All, Team Deathmatch, Domination, Hardpoint, Headquarters, Control, Search and Destroy and Kill Confirmed. Modern Warfare 2 also brings two new MP modes, Prisoner rescue and Knock Out. Both are team objective, 6v6 modes with no respawns. The first one is modified CTF where you retrieve a prisoner instead of a flag, while the second deals with a bag of cash – The team holding on to it when the time runs out wins the round. You can pick it up and drop it at will, but the bag carrier is always visible on the mini-map.

The real treat in MP is third-person modes, existing within a separate playlist. Playing this way provides more peripheral vision and enables you to effectively see around corners. You can switch shoulders at will, Resident Evil style, which is crucial from a tactical standpoint. Overall, playing Call of Duty this way is fun, but I would like to see more modes besides TDM, Hardpoint, and Domination.

Massive, 32 vs 32 mode is back, and this time it comes in two flavors, Ground War and Ground War Invasion, with AI bots thrown into the mix. The original mode is basically domination on a massive map, with vehicles thrown into the mix. In Invasion, instead of territory, you fight for points, mowing down both players and bots alike. Last but not least, there is a two-player co-op mode consisting of three separate missions. Like Spec-Ops modes of old, those require communication, caution, and skill. The new thing is the tiered gear progression which adds replay value.

”I Receive Ten Bucks More, You Get Fake Guns Galore” 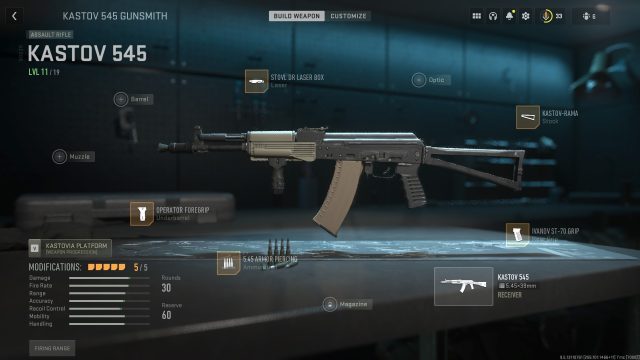 Modern Warfare 2 is the most expensive CoD to date, costing 69,99 USD/EUR for the standard edition. For that kind of money, “adjusted for inflation” according to Activision, we got unlicensed guns. Kastov instead of Kalashnikov, Lachmann in place of Heckler & Koch, etc. Previously, we had fake guns in Advanced and Infinite Warfare, but that was perfectly reasonable considering the futuristic scenarios. This is the first time for any historical or contemporary Call of Duty to have weapons “inspired by” real things. The reason for the fakery is simple – Activision doesn’t have to pay any royalty fees to the manufacturer if Mossberg 590 becomes Bryson 800. They charged you extra ten bucks but took away the crucial element of gun culture flavor. Trade offer meme draws itself, really.

Weapon unlocks are different this time around. Previously, you only had to level up your character to unlock new firearms, and level up each specific weapon to gain access to its attachments. Now, almost all unlocks are interconnected. First, there is manufacturer-related dependency. The initial Kastov gun, for example, unlocks after you hit lvl. 23, but the rest of the models become available after you sufficiently level-up initial and subsequent models. Unlocking add-ons follow the same path, but only to some extent. For instance, laser pointers for some submachine guns need to level up some random weapons from different categories. All this exists to force players to use a broader arsenal and step outside of their comfort zone. At least in theory. In practice, it creates a whole new layer of grind.

At last, it’s Back on Steam 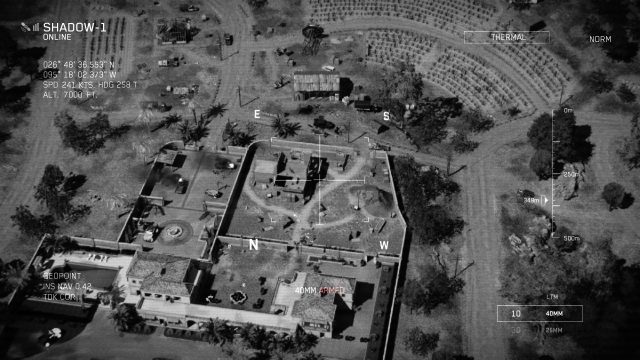 What else is wrong here? No hardcore playlist at launch, which is bound to disappoint people who play ONLY that. Post-launch, the PC version suffered from some instability, which was driver-related and fixed promptly. But shader optimization, requiring 2×30 min (SP+MP) of staring into the screen while the PC cooks numbers, still persist after every driver upgrade. Sometimes, while switching modes, the game just hangs. I have a reasonably modern PC equipped with RTX 3080, but Modern Warfare 2 feels strangely sluggish in menus. Like an unwieldy, lazy beast, it crawls, micro-pauses, and constantly loads something in the background.

Modern Warfare 2 is the first CoD after Call of Duty: WWII (2017) to appear on Steam apart from the Battle.net launcher. It had an immediate and very visible commercial impact. The game sold like hotcakes, breaking the 1 billion USD barrier after ten days, becoming the fastest-selling Call of Duty ever. I guess that after a couple of mediocre CoDs by Treyarch and Sledgehammer Games, people jumped at the opportunity to play proper Call of Duty made by Infinity Ward. I can get on board with that.