No game managed to topple mighty Freespace 2 from the space combat throne after twenty-two years, so it’s safe to assume that none ever will. It’s just perfect, like the sunset over Galapagos, Toblerone, or AK-47. The one thing I would like to see in its potential (and improbable) sequel would be a less rigid mission structure. Can Chorus, a game that ticks that important “openness” box, be the thing we have been longing for all these years? 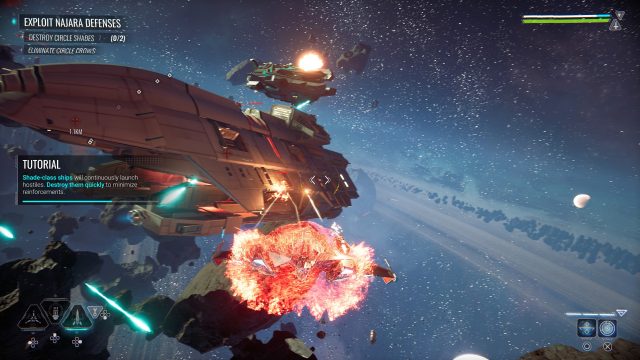 The short answer is no. Free-roaming space shooters are experiencing a mini-renaissance as games such as Everspace and Everspace 2 try to push the envelope in an open-world direction. Chorus takes the cue from Everspace 2 but expands into territory no other similar game has trodden so far. Religious Sci-Fi mysticism. And LOTS of it. On the one hand, this game offers a competent shooting module and gorgeous celestial vistas; on the other, it chokes the player with exposition, confusing narrative, and lots of indoor fighting. For a space game, Chorus is doing its best to clip your wings and constrain you to Descent-style combat inside space temples and other massive structures.

Even outside, you are never truly free, as each planetary system is basically a giant asteroid field. Chorus is agoraphobia-incarnate in gaming form, as it aggressively avoids the concept of open space and an empty universe. That approach is almost identical to Everspace 2 – I didn’t like it there and sure as hell don’t like it here. 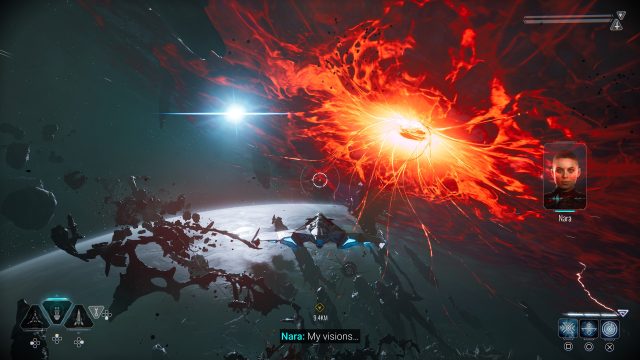 In Chorus, you play as Nara, a young girl and literal destroyer of worlds. She was the chosen apprentice of the mysterious Prophet, who once had a unifying message for the galaxy. He wanted to unite Mankind in the Chorus, a state of religious harmony, but that message was nothing but submission-enforcing for many. Prophet bestowed many gifts to his acolytes, and Nara had the most of them. She piloted Forsaken, a sentient combat starship, spreading Prophet’s message by violence and magic. In one cathartic moment, they both helped destroy an entire planet of people that refused the message of forced unity.

Her faith shattered at that moment. Abandoning the cult and the Prophet, she sought refuge in outlying systems. After seven years in exile, her past caught up with her. Cult fleets descended upon the last bastion of the free peoples and laid siege to the outposts and space stations. Nara is the shadow of her former self, having rejected most of her supernatural gifts. But the will to fight remains strong, and the burning desire for redemption will have to fuel her war. 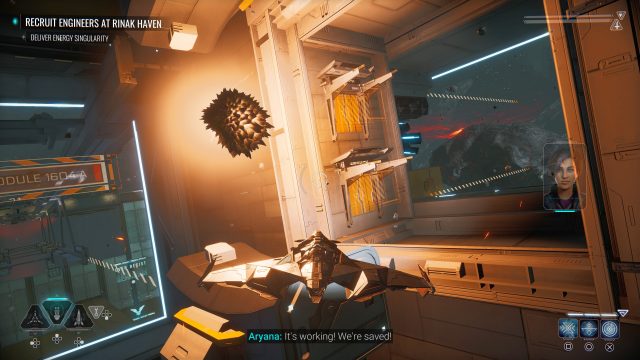 It’s a good start, but the story over-indulges itself massively during the campaign. Narration is almost as dominant as flying. When she’s not conversing with many people needing assistance, Nara will talk with her (troubled and vengeful) sentient starship and even with herself. Her inner thoughts follow up almost every statement she makes, and that thought is almost always fatalistic. Yes, Chorus is an utterly depressing game. Instead of the brave redemption story arc, Nara is mostly channeling descent into maddening negativity and sorrowful reflection. The narrative goes headfirst into that foulness and never lets go of it. Not even good guys start winning. Near the end of the campaign, dark vibes became so prevalent that I had to drop the game for a few days and play something else. 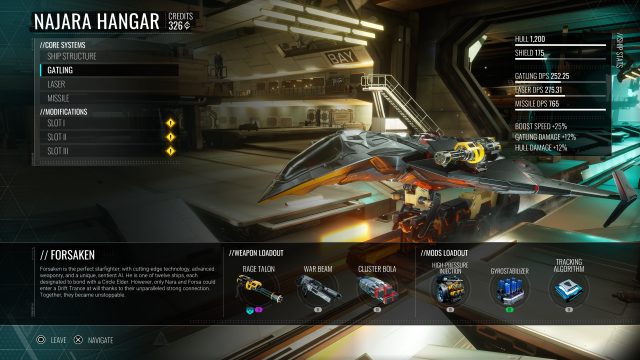 The narrative is bleak and confusing, but the action is generally solid. Flying and combat mechanic is another thing that is almost identical to Everspace 2. Forsaken is a nimble starfighter, able to turn on a dime and quickly accelerate and manoeuver efficiently in combat. It compensates for inertia, enabling the player to make impossibly tight turns in confined spaces. It’s also upgradeable, but instead of a broad range of options you have in the early access version Everspace 2, the upgrade options are pretty limited. You have three weapon categories – Gatling, laser, and unguided missiles. The first is a ballistic auto-cannon designed to scrape away the opponent’s hull, the second works better against shields, and the third is ideal for strafe-runs on capital ships.

You cannot combine those categories, like putting three sets of Gatling cannons and firing them simultaneously. Every new weapon you stumble upon or obtain as a quest reward has to go into a specific slot. Armor and shield upgrades are also limited, as new levels unlock along with the story. You also have three slots for system upgrades, mostly gizmos that buff speed or certain weapon damage. 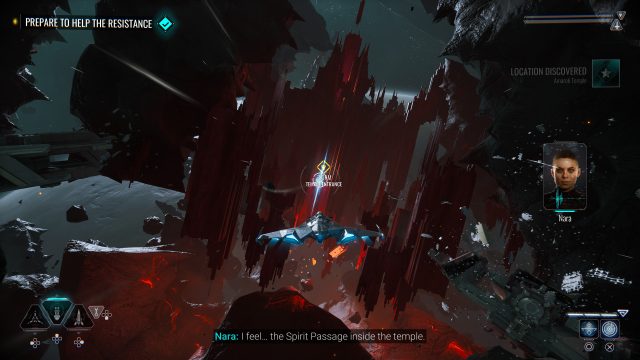 The crucial difference between legions or opposing ships and you are the combat Rites. You begin the game with Rite of the Senses, basically an area scan, useful for locating hidden crates with credits and loot. That rite is also helpful for tagging fast-moving enemies in combat. Pretty soon, you’ll unlock the Rite of The Hunt, a short-range teleport that puts you behind the targetted enemy. Then you’ll get Rite of the Storm, an EMP pulse that drains shields and temporarily disorients the enemy. Finally, you’ll get Rite of the Star and Rite of Control, finalizing your “magic” arsenal. Usage of rites depletes the energy, but it quickly replenishes, enabling you to chain low-powered rites like Hunt and Storm. 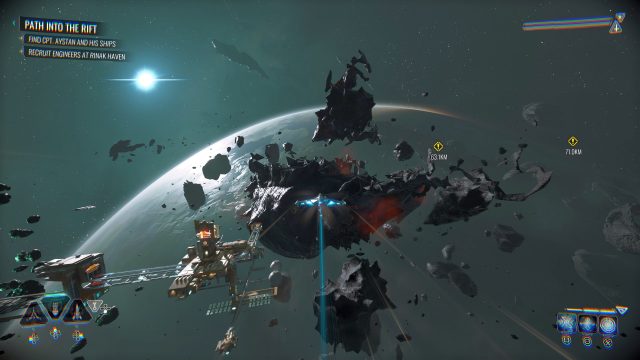 Should you play Chorus? If you are dead-set on playing Sci-Fi shooter and you had plowed through everything else in the market, you can extract some fun from it. In any other case, though, you’ll do better if you skip this one for now. May I recommend heavily modded Freespace 2? Or first Everspace, the roguelike one. It is still the best choice if you are looking for something genuinely new that includes shooting and flying.

Hogwarts Legacy is an upcoming action-adventure set in the world of Harry Potter. Its story…

Avatar: The Last Airbender is one of the most celebrated pieces of animation of all…