Crash Bandicoot games made an immense impact on the platforming scene of the nineties and helped proliferate Sony PlayStation as a console of choice, destined to win all console wars of the last decade of the 20th century. The original trilogy of games also helped propel developer Naughty Dog to stardom. Although the beloved studio had lost the rights to the franchise in 1999, most of the fans tend to happily ignore all subsequent third-party Crash games and consider only the original trilogy as proper and canonic. 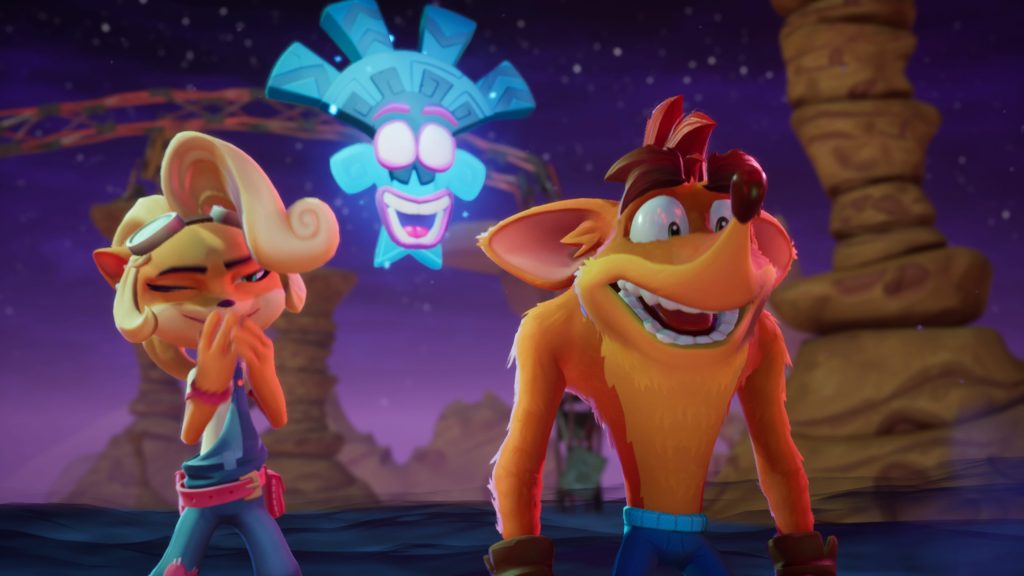 Activision and Toys for Bob approached this long overdue sequel in the same manner, choosing to continue precisely where Crash Bandicoot 3: Warped had left off. Crash Bandicoot 4: It’s About Time (pun very much intended), begins with Neo Cortex and N. Tropy escaping the timeless prison with the help of Uka Uka. Portals are opened, timelines are corrupted, ancient masks are stolen, Crash and friends are primed to enter the fray one more time…

As always, the story is quite nonessential, cartoonishly generic and serves the purpose of setting the framework for platforming action. The gameplay is a healthy mix of old and new, with quality of life improvements expected in 2020. First of those is the choice between “modern” and “retro” playstyles. The former gives you unlimited lives, respawning you on the last checkpoint after death, whereas the latter is the hard-core mode of yesteryear with a strictly limited number of tries. Considering the brutal difficulty of Crash 4, the second option is probably intended for stuntman streamers who play to astonish the audience with circus artist antics. Unless you are Spider-Man or Snake Plissken, opt for the first. 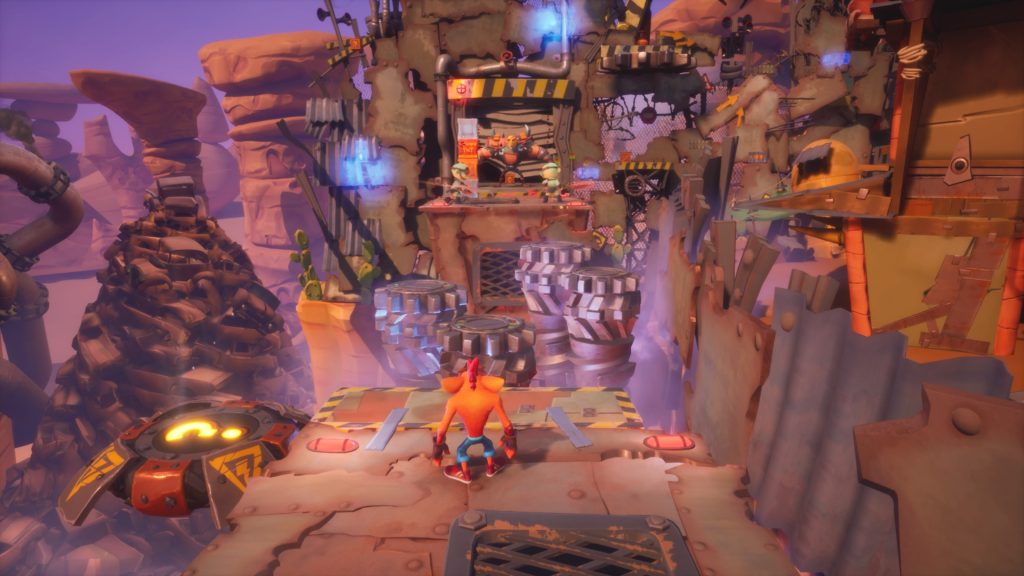 Crash Bandicoot 4: It’s About Time is a passionate love novella for the fans of the original game. Like its prequels, this is a hard-core platforming game with constantly shifting gameplay perspectives that requires pinpoint precision. Jumping, double jumping, spinning and other actions demand laser focus and timing, rarely if ever forgiving the player any recklessness. You will die and die and die in this game… By my calculation, out of the twelve hours I had spent playing the campaign, I invested roughly more than six in retrying the checkpoints. I’m no Spider-Man, but I’m not a clutz either, just a fan of the original games that got a bit rusty in the last couple of decades.

Shifting perspective, signature element of Crash games, is back and it’s as good as it’s ever been. In each of the long levels you will constantly transition between classic left to right platforming, on rails sections with the (literal) riding of the rails, running toward the player in the manner of Indiana Jones and round stone from the first movie, running upwards, etc. Each section requires a slightly different set of skills and a quick activation of different muscle memory repositories. This is exacerbated by the fact that besides Crash, you get to play as Tawna, Cortex and others – each hero has their own signature moves, so that is one more switching mechanics you need to deal with. It’s most certainly not easy at all. 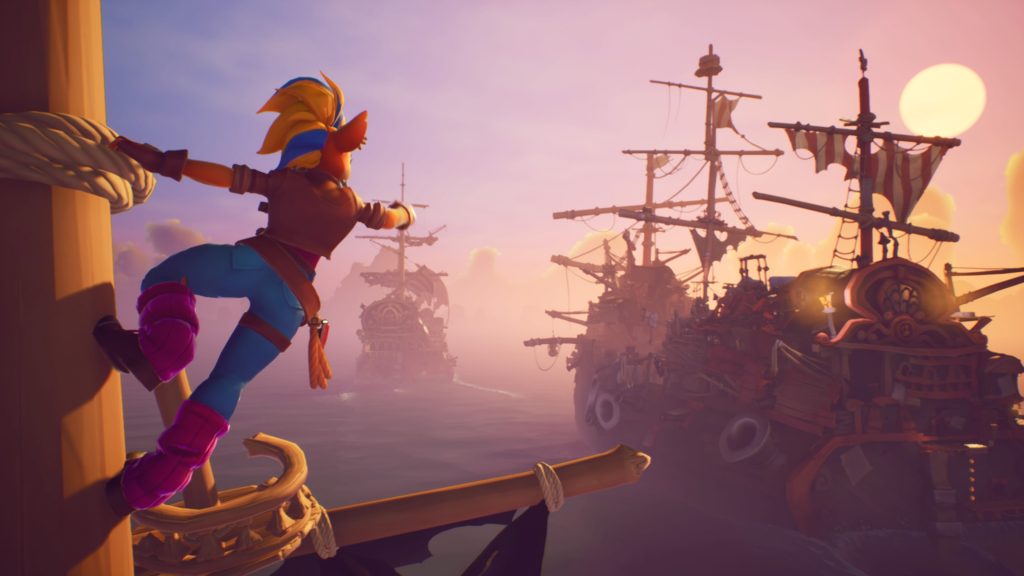 Crash Bandicoot 4 is a game brimming with things to do. Playing and finishing the campaign is only the beginning, as each completed level invites you to do better, baiting you with unlockable skins and time trial mode. How many diamonds will you manage to find? How much Wumpa fruit did you collect? Did you manage to complete the level with less than three deaths? If you are a “collect ‘em all” type of player, the criteria for unlocking the skins will have you going for a long time. Besides standard levels, there are “Flashback tapes”, a series of particularly challenging levels presented in a faux-CRT TV mode which need to be unlocked one by one. We also get optional Tawna levels that follow previously completed Crash levels from her perspective, etc.

Crash Bandicoot 4 is a visually stunning game, but to get the most out of it, you’ll need PlayStation 4 Pro or Xbox One X as regular consoles offer inadequate performance. Both Normal and Pro/X versions run at 1080p, but on base-level machines you can expect occasional hiccups and frame rate drops, offering a pretty inconsistent experience. 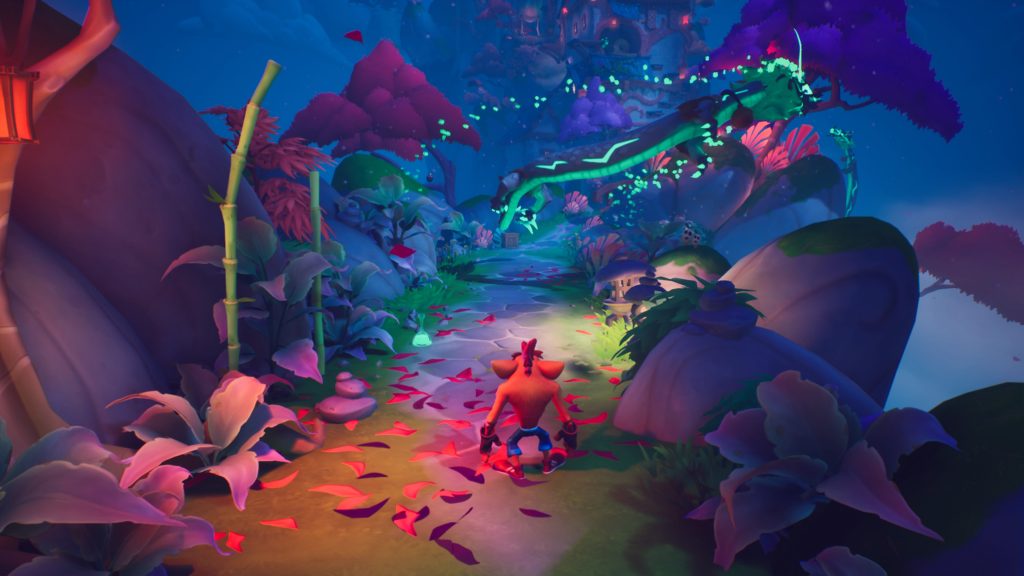 All unquestionable quality aside, we can’t help but wonder about the target audience for Crash Bandicoot 4. The immense difficulty makes is unsuitable for kids, unless your plan is to raise frustrated little monsters who would end up hating video games. Young teenagers equipped with the required reflexes and coordination are busy playing Fortnite and would hardly be turned on by the cute cartoonish aesthetics of Crash and his friends – they have no point of reference hooked in nostalgia and they are mostly hardened to resist the charms of the innocent fun this title offers. Teens from the nineties, fans of the original trilogy, could very well breathe concentrated nostalgia but few will have the time and the patience to successfully wrestle with the difficulty curve of the experience they cannot easily share with their young children. I had tried to play the game with my seven-year-old niece and she ended up crying out of pure frustration. In her mind, Crash and the gang are probably filed in the “seriously no fun” folder.

Crash Bandicoot 4 desperately needs a very easy setting in order to inspire and captivate the next generation of players because nostalgia could work only once as a sales drive. It’s either that or Crash Bandicoot 5: We Ran Out of Time and Failed the Activision Shareholders. It’s a very good game by any and all technical criteria, but it needs much more flexibility and openness in order to ignite the spark of the Crash Bandicoot renaissance.