Blockbuster franchises are notoriously resistant to change. And yet, they must evolve or project the impression of evolving, lest people get bored. There is also a small matter of progressively rising development costs that can lead to serious streamlining and pulling on the opposite side of innovation. Massive publishers, such as Ubisoft, with several blockbuster franchise trains under its corporate umbrella, must strive to balance those forces. But as much as they try, some overlap is inevitable. 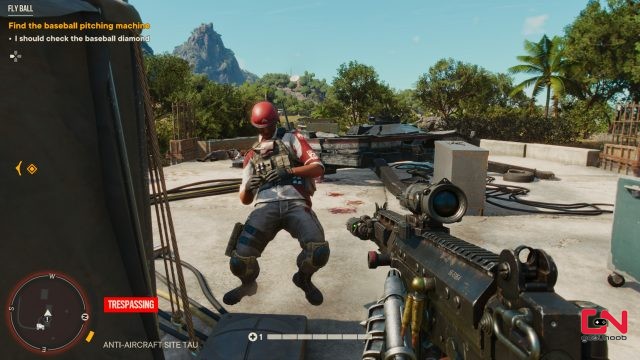 This year’s Far Cry and Assassin’s Creed reached out and touched each other like never before. Both are gargantuan, content-rich open worlds with linear campaigns and an unbelievable amount of optional content. Differences between eras and gameplay perspectives aside, these two games represent the same school of thinking and execution. Compared to previous iterations, Far Cry 6 further increases the amount of stuff offered to the player, creating an experience that is almost overwhelming at times. There is no point in complaining about “bloat”, as their customers obviously want that plentiful bounty. They consciously pick the games that will provide the best investment/engagement ratio. In that regard, for better or worse, Ubisoft’s big open worlds offer significant value for money.

Far Cry 6 is the first game in the series that casts genuine celebrity in the role of primary villain. Giancarlo Esposito, widely known as Gustavo Fring from Breaking Bad and Better Call Saul, is pretty solid as Antón Castillo, the sinister ruler of Yara. This fictional island nation in the Caribbean representing Cuba in everything but the name. Plagued by civil unrest for the better part of the last century, Yara now struggles under the boot of a fascist dictator. Their chief resource is Viviro, a chemically altered tobacco used in cancer therapy. Viviro is getting exploited in a manner that benefits the ruling family and their goons. Worse yet, that exploitation has a massively detrimental impact on the health of the population. Naturally, rebellion ensues, and you take the pivotal part in the armed struggle for liberación. 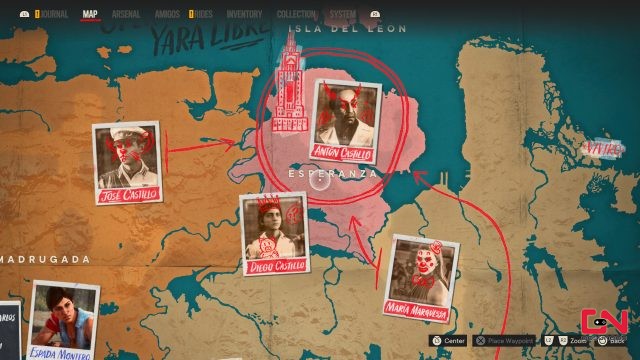 On the one hand, Far Cry 6 dabbles in historically heavy stuff such as Latin-American dictatorships, jungle guerillas, and mass graves. You know, the things you might have seen in movies such as Salvador (1986, directed by Oliver Stone); On the other hand, it waters all of that down with some unbridled ridiculousness like self-reviving pet combat crocodile or maniacal rooster with fiery talons that murder soldiers by the dozen. Injecting a healthy dose of goofiness is a good idea as it cushions the worst thematical aspects of the game. Far Cry 6 also has the most extensive cast of characters of all FC games to date. Some of them are pretty annoying (by design), but others are believable and vibrant. Their struggles are real, and the shitty situation that they are trying to change is plausible.

The Revolution Will Not Be Televised

To depose Antón Castillo and free the people, you will need to complete three massive storylines located in the main provinces of Yara. If you played Far Cry 5, you know the drill – pick the part of the map you feel like exploring and dive in. You can, of course, freely jump from one storyline to the other, waddling through the game as you see fit. If that’s your cup of tea and you have willing friends, you can engage in co-op. At all times, the game will tempt you to sidetrack and enjoy optional activities that are beyond abundant here. 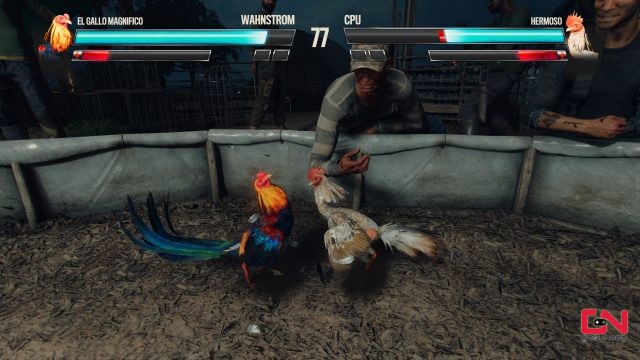 You can race, fish, hunt for treasure or animals, do the side quests or special operations, liberate army outposts, or randomly roam in search of resources, weapons, charms, or equipment. Devs even implemented the passive missions we saw for the first time in Assassin’s Creed: Brotherhood. If you have enough “banditos” and leaders, you can dispatch them to missions that can yield a nice resource influx. Those missions aren’t entirely passive, though. You will need to decide between several tactical options, affecting their outcome.

Metal, gasoline, medicine, glass, scraps… Resources are the factor that cleverly extends the amount of time you’ll spend with this game as they permeate most in-game logistics. You will need resources to build the base facilities that provide various benefits, unlock weapon add-ons and make a temporary investment in Bandito missions. Sometimes you’ll feel like an extra in a prolonged episode of (Latino)American Pickers, endlessly sniffing around for valuable stuff. It’s a distraction, cleverly designed to get the grip of your attention and never let it go. 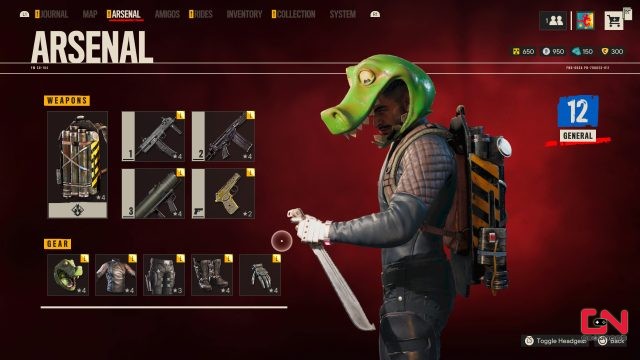 The concept of usable loot is also massively expanded. The arsenal of weapons, divided into several tiers, is enormous, and that’s not including the unique pieces that usually offer some attractive gimmick. Far Cry 6 has armor sets with various specializations, customizable vehicles, and so much more. The central piece of your equipment is Supremo, a combat backpack that comes in several “flavors”. Most Supremos are offering some (slowly replenishing) tactical utility such as rocket salvo, emp charge, healing, etc.

Far Cry 6 suffers from a constant dichotomy. On one side it tackles some gruesome topics of exploitation, dictatorship, revolution, and true human suffering. You will come across many scenes of mass graves. Your machete-kill animations will be visceral to the point of flinching each time you dispose of surprisingly gender-equal members of the Yaran army. Far Cry, as a franchise, prides itself on the insanity of its bad guys and we’ve come to expect some level of madness in the game’s setting. 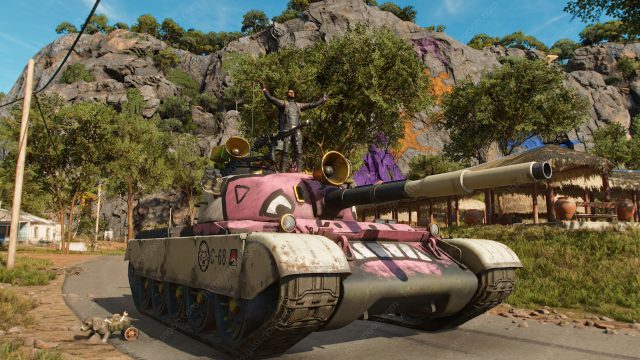 On the other hand, you’ll be paragliding out of a helicopter you just used to destroy the tanks on the ground while wearing a croc head and accompanied by your disabled pet dachshund that will rip and tear at your enemies as soon as you land. Game’s world is so very well built and colorful and the sheer number of options for you to play with is what makes it a fun experience. This combination of expected Far Cry tropes and a new level of freedom and silliness in gameplay shines the most in coop sessions with your buddies. You can truly let your inner chaos loose in Far Cry 6..

It’s hard not to appreciate and enjoy everything Far Cry 6 has to offer. The game is full of content that will last you a long time. Ubisoft promises weekly free updates, and, of course, there is a Season Pass for the most dedicated players out there. Both fans of the franchise as well as open world and FPS aficionados will be able to enjoy themselves in Yara.