Being more engaging, more polished, and far more cleverly designed than any AAA game from 2020, this indie atomic bomb is the stellar triumph of the small and determined team’s unbridled creativity. Free from troubles pertinent to most big studios, often drowning in a soup of compartmentalization and suffering from bad management, the tight-knit squad of Supergiant games gave Superimportant lesson to every game dev out there. Stay focused, don’t overreach like a megalomaniac, and don’t involve investors in deciding about the launch date. A particular gang of crafty Poles once knew that lesson by heart… 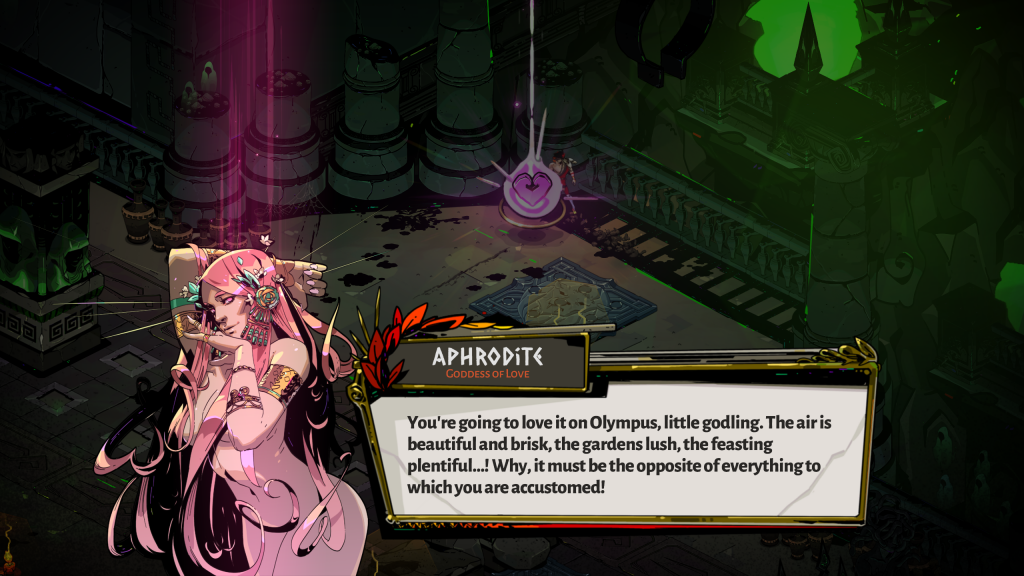 How many games these days are perfect and bug-free out of the box, offering stress-free enjoyment from the get-go? Well, Hades is! Continuing Bastion, Transistor, and Pyre’s tradition, Hades was fine tuned until the team felt that it deserved to be stamped with 1.0. The PC version of the game greatly benefitted from the early access period, so a portion of accolades is due to the testers that tried to break its complex systems every step of the way.

Hades is a Rogue-lite game starring rebellious progeny of ancient Greek god, which is the major recurring theme in Greek Mythology. Young Zagreus, son of Hades, the god of the dead and king of the Underworld, is fed up with his bleak homeland and decides to escape to the surface and beyond, to Mount Olympus. His grumpy father is having none of it, cleverly forgetting that he too rebelled and defeated his daddy, Cronus the Titan, for which was elevated to godhood of the deceased. Zagreus is young, naïve, and poorly equipped for the challenges ahead, but he compensates for all that with sheer will, wit, and persistence. The only way out is up. 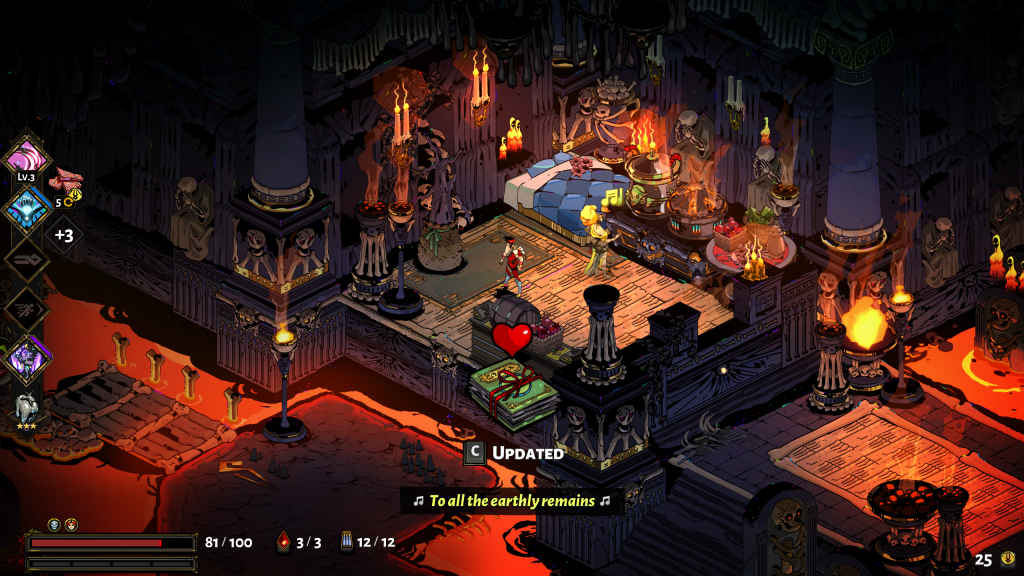 To break free, Zagreus needs to navigate procedurally generated and ever-changing regions of Hades, defeating hordes of the damned that crawl around, sniffing for the unruly young prince. Zagreus gets help from the Olympian gods, reaching him by placing their specific boons, special upgrades to attacks dependent on the weapon he carries. You start the adventure with Stygius, the ancient sword with short reach but vicious bite, but you’ll soon unlock spear, bow and arrows, throwable shield in style of Steve Rogers, power fists, and even fantasy submachine run with a built-in grenade launcher. Each weapon attacks in a unique way, and you’ll eventually decide which is best suited for your style of play. Apart from weapon-related attacks, you have the inherent ability to use throwable magical crystals that deals massive damage. They can be augmented with Olympian powers, which are procedurally deployed with each dungeon reset. 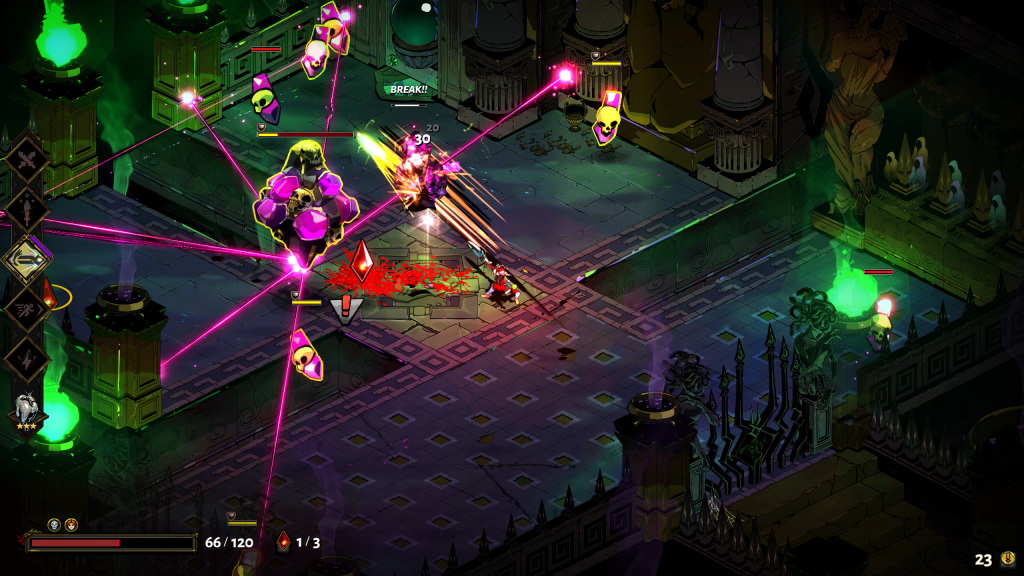 All of this means that you can acquire hundreds or more battle configurations during your runs and that your preference represents only half of the combat puzzle. The rest of the pieces are random, and you will need to learn to adapt to survive. This semi-unpredictability forces you to perma-vigilance: you’ll stay sharp and focused in each escape attempt, or you’ll perish without achieving any progress.

After you die, which is pretty much inevitable, you will be resurrected in the pool of blood at the entrance of your father’s palace. There you can hang out with the old Hades, who will mostly mock you for repeated failed escape attempts, and several other characters that root out for you and offer helpful advice, like Achilles and Nyx. The essential room in the palace is your messy bedroom with the magical mirror that lets you level up by spending resources accumulated in previous attempts. Progression is slow, methodical but inevitable, and each subsequent run gets a bit easier, but never easy. 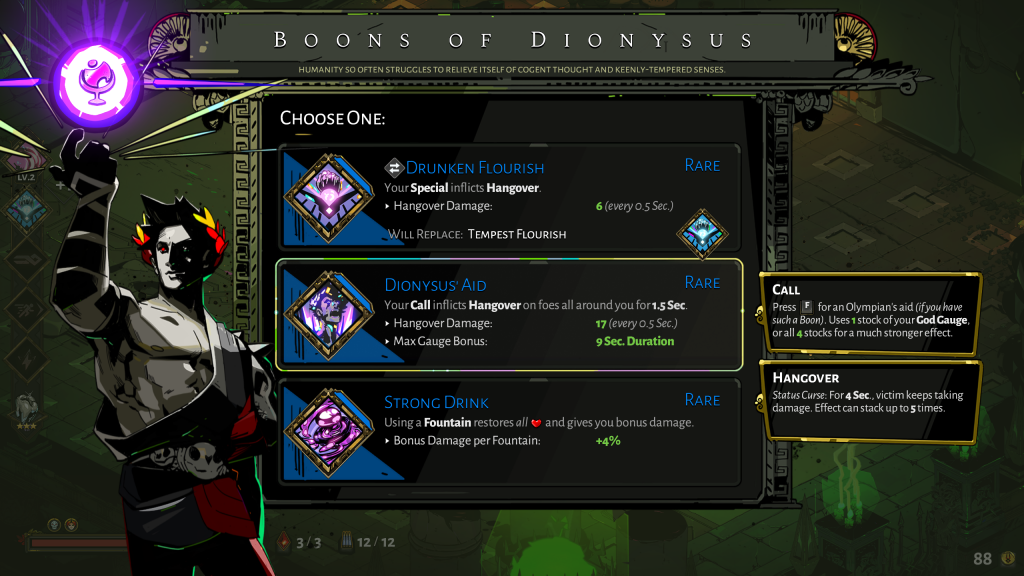 You may eventually burn out due to the lack of progress in later stages (some of the bosses are reeeealy nasty SOBs). If that happens, you can activate “God” mode in options and plow through the game like a fiery-footed deity you are. I hate that this option even exists because of persistent temptation in the back of my skull, but you might feel the complete opposite. 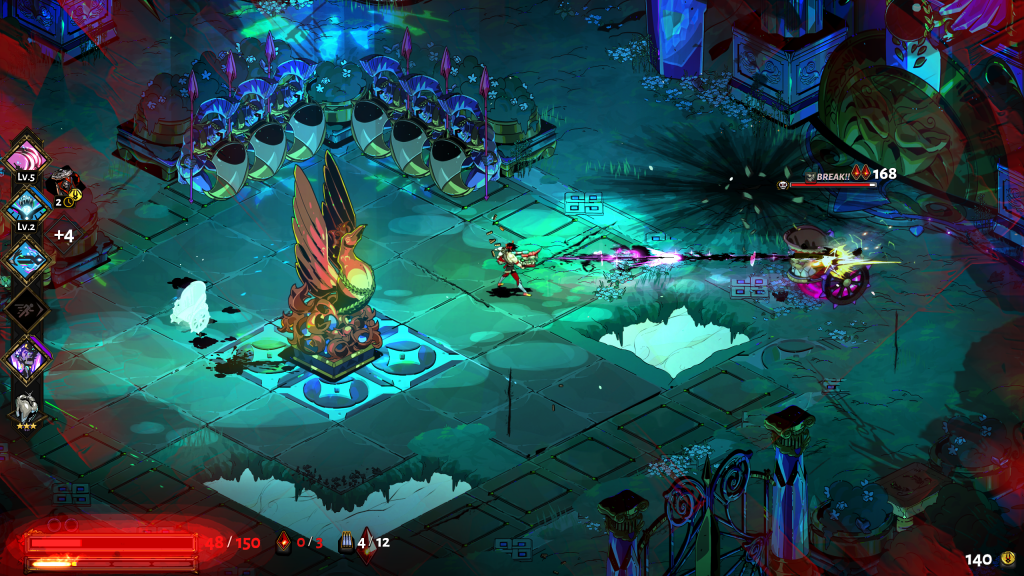 Hades is the game that you probably never forget not because of superb gameplay but absolutely amazing characters. There is some excellent writing in this game, reflected mainly in dialogues between Zagreus and numerous Gods, deities, fallen heroes, and villains you will encounter. Voice acting perfectly matches the brilliant writing, creating an irresistible, mega-charming amalgam of wit inspired by myth. I couldn’t find any repetition from start to finish, which is a pretty big logistical undertaking even for the big studios out there. Hours of top quality voicework is not the only element of the production that stands out. Hades is also a thing of pure beauty as if not enough blessings are bestowed to it. The rooms, monsters, and heroes’ hand-drawn aesthetics are matched only by the speed and slickness of the combat effects. 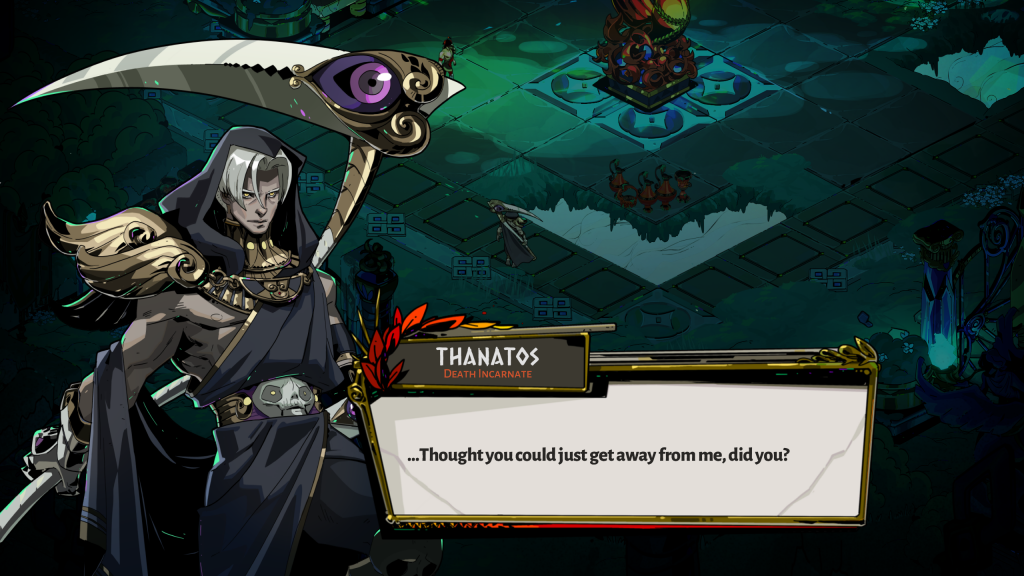 Power, precision, and persistence incarnated… Hades is a game like no other: it rewards you with a multitude of gifts apart from the good time, chief among them is the clever appreciation of your ever-evolving skill. Slowly mastering the game while realizing that, except for “God mode” cheat, there is no alternative to slowly getting (really) good made me reminisce of my time with Dark Souls. Different games, same great sentiment. Hades made me sweat razorblades and fist bump my pet iguana after each challenge defeated. Hades molded me into a better player. Give it a chance, and you might reap the same benefits.

NEXT POSTChronos: Before the Ashes Review – Soulsborne Simplified