Almost everything about this strange hybrid game defies convention. Chronos: Before the Ashes is a PC/console port of Oculus VR exclusive title which combined simplified Soulsborne combat with puzzles and existed as a prequel to Remnant: From the Ashes, a looter-shooter game placed in the same weird universe. It feels as if the developers were trying to test precisely how specific and niche can they get and still make their game publishable by a major label (THQ Nordic). 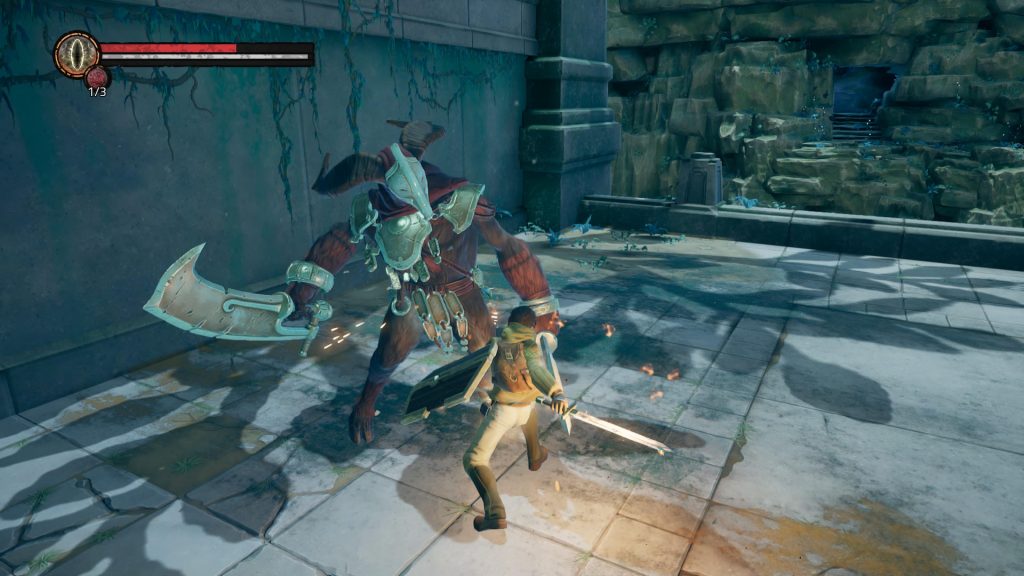 Chronos: Before the Ashes is a game about effort, aging, and dragon-slaying in the post-apocalyptic future. Civilization perished due to Black Mesa-esque experiments with inter-dimensional travel – the things that poured from Beyond, led by a mighty dragon, reduced humankind to bits, and those bits further devolved over the ages as technology slowly became myth. But the ember of the human spirit is still not wholly extinguished.

The game begins when an eighteen-year boy or girl, selectee of the local shaman lady, is quickly briefed about the history of the world and set on the perilous path of saving it. The young champion is set to exploit the fact that strange dimension-hopping waystones awake once a year, enabling a lone hero to travel beyond our world and try to find and slay the fabled dragon who orchestrated our collective demise. Every time you die in that strange land, you’ll age for one year and continue the adventure from the nearest waystone with full HP, replenished health consumables, and face streaked with few extra wrinkles, and later, gray hairs. The consequences of aging aren’t purely cosmetic, but we’ll elaborate on that a bit later. 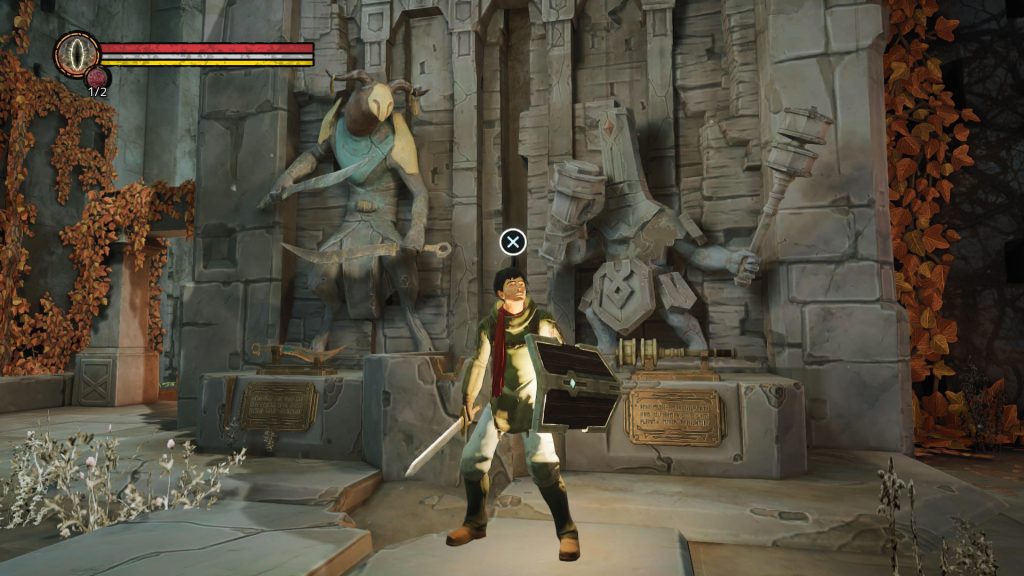 Chronos is a game with VR roots, apparent from the clean aesthetics and relatively simple texturing work and geometry needed to preserve the acceptable framerate when things get hectic. By removing the necessity for the Oculus VR headset, developers targeted a much broader audience, some of which will inevitably deduce from the start that Chronos is far too simple and ugly to be worth their time. That would be a rookie mistake. 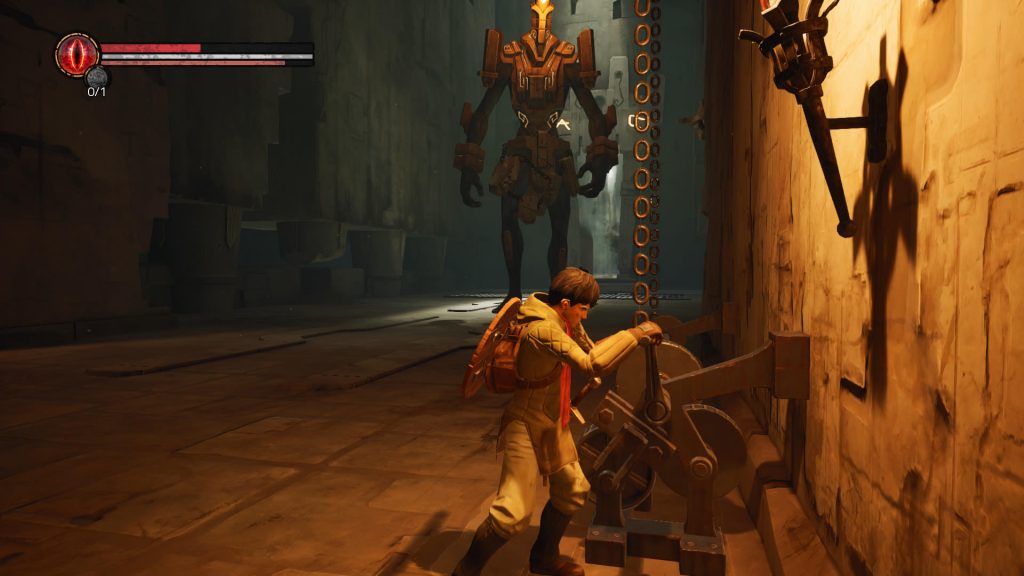 You see, the game is the very definition of slow-burn stuff riddled with hidden charms. The world-building is very effective, and zones are full of surprises, paths to be opened, and puzzles to be solved. The world is interconnected like a lite variant of Lordran and dotted with the waystones that enable instant teleportation in and around it, including the research complex in our Earth where initial portals were opened. The game’s adventure aspect will remind you of the golden nineties when combing the gameworld for items and combining them for advancing the story was the dominant motive. In that aspect, Chronos reminded me of Dark Earth, a forgotten classic from 1997. (Kalisto Entertainment/MicroProse) that is nowadays lost even to the archeologists of GOG. 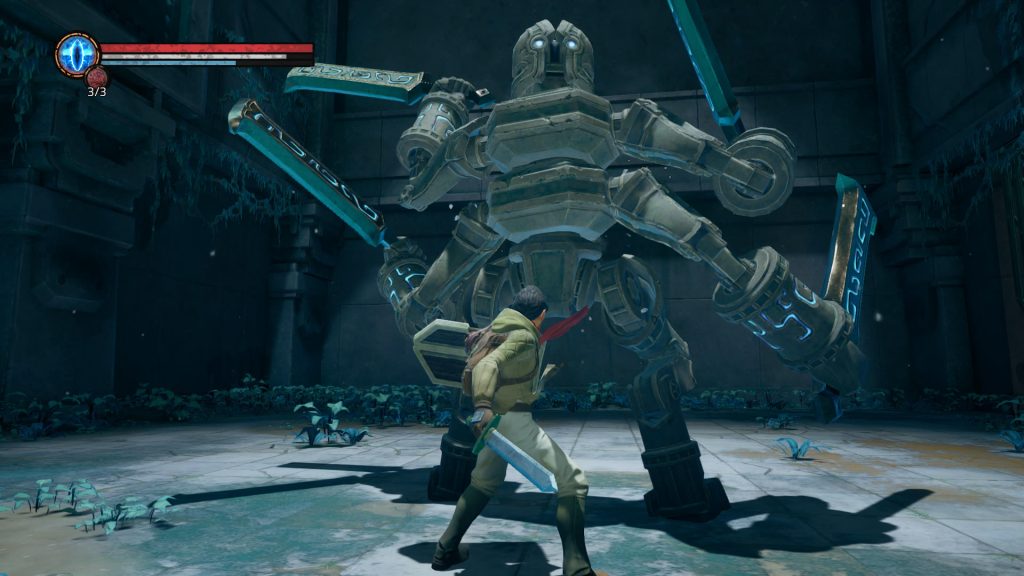 Combat is less than ideal, though. It feels like they took the best bits from Dark Souls and diluted it for the broad audience. Using the shield and various 1H melee weapons, you will block, swing, and dodge around creatures, trying to exploit one obvious flaw that everyone opposing you has. The main difference is the fact that swings don’t deplete stamina, so you can pound the mobs relentlessly provided you don’t miss, or they don’t counterattack. This makes the game fairly easy, even when playing on a harder difficulty, as you can effortlessly stunlock a lot of creeps, especially while using a fast weapon like a sword or flail. Dodges and blocking are using stamina, but most mobs will offer generous leeway for repositioning, so you could evade many attacks by merely moving out of the way. 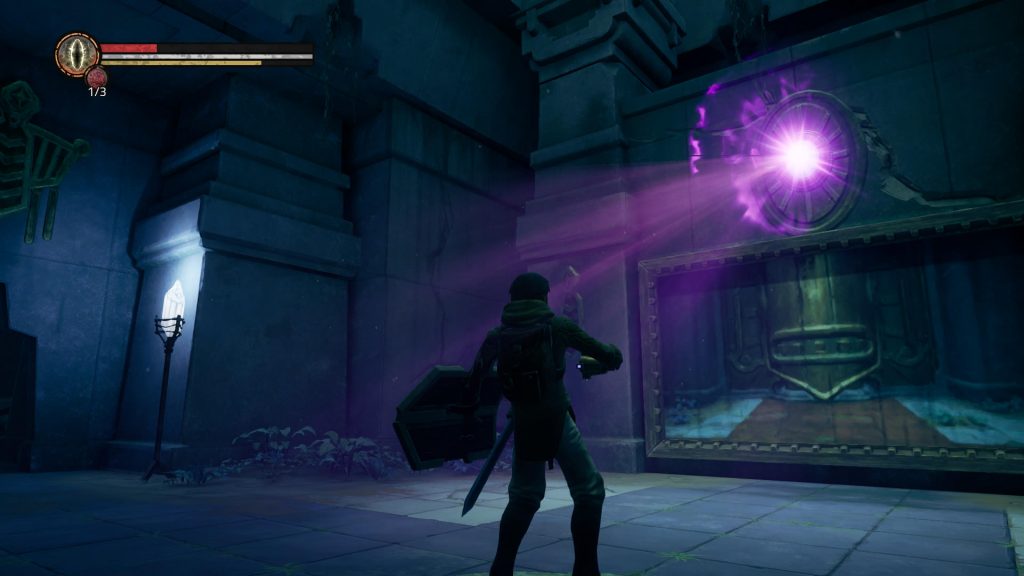 Customization of your character is even simpler than combat. There is no armor that you can wear: you will finish the game in the same old everyday clothes you had started it; weapons can be augmented in five linear damage tiers using a single type of resource, and there are only a few shields you can use (none can be upgraded). You can use active parry with the shield, but it’s simply not needed for most encounters. Every time you level up, you can invest in raising strength, agility, arcane, and vitality. STR and AGI augment the melee weapons, vitality boosts your HP, but arcane is still a mystery for me, even after wiping the floor with the last boss. 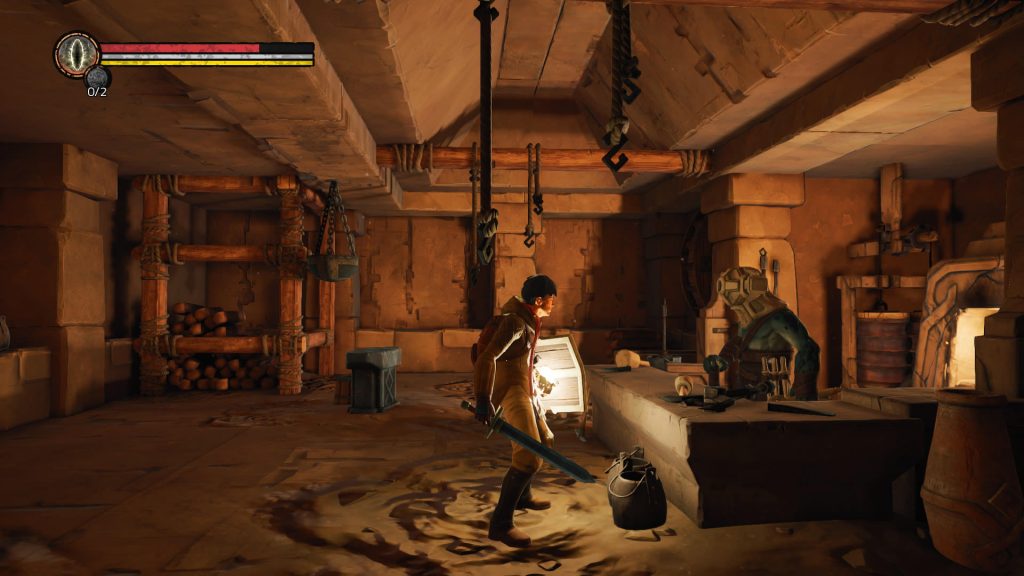 To explain the arcane, we must return to the concept of aging. When you are young, investing in STR and AGI costs 1 point, but arcane ability costs double; after you grow old and wise, the concept is reversed, and you will pay double for physical stats, but arcane gets cheap. In theory, this would enable the smooth transition from melee-focused youngster to spell casting elder, but I managed to complete the game in my late forties and never got around to play Gandalf the Grey. I suppose this is by design, as the average player who didn’t forge himself in the fires of Lost Izalith is expected to die a lot more than a seasoned Soulsborne vet.

Chronos: Before the Ashes is full of subtle (and not so subtle) nods to the Dark Souls games. You will see the obvious references in the environmental and enemy designs, most notably in the quest zone behind a picture that works like the Painted World of Ariamis or heavily armored grunts reminiscent of the LEGO version of Havel the Rock. There are even subtler references visible only to true connoisseurs of original Soulsborne games. 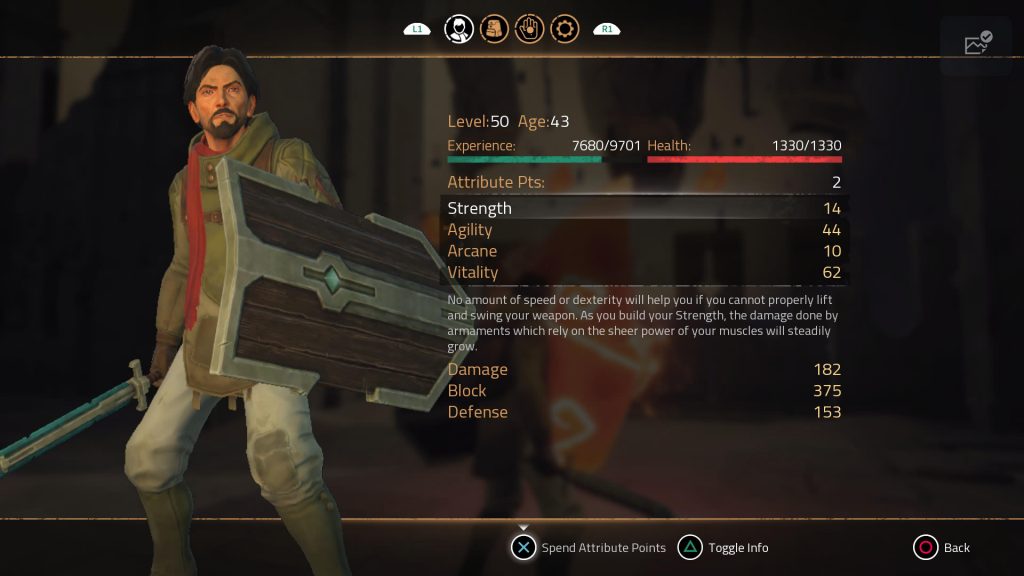 If you have 30 USD/EUR to spare, you could do a lot worse than Chronos: Before the Ashes. The game is not even close to ideal, but it is quite charming in its own, somewhat clumsy way. If you give it a little time, it will grow on you, and you will happily ignore its flaws.