Second World War is the most widely exploited conflict in the history of the media. It provides inexhaustible inspiration for novelists, movie, and game-makers alike, but only games can offer fresh perspective and outlook bereft of problematic historical revisionism. Although wargames often enable players to rewrite history, that „revisionism“ is insulated and local, showing not the statement nor manifesto but individual truth derived from the outcome of the player’s efforts. Many games focus on the tactical or strategy aspect of WWII, but Hearts of Iron by Paradox Interactive always went full Bernard „Monty“ Montgomery.The fourth game in the series is by now the most complete of them all, offering a staggeringly complex cocktail of politics, social and industrial engineering, and, of course, strategic warfare. 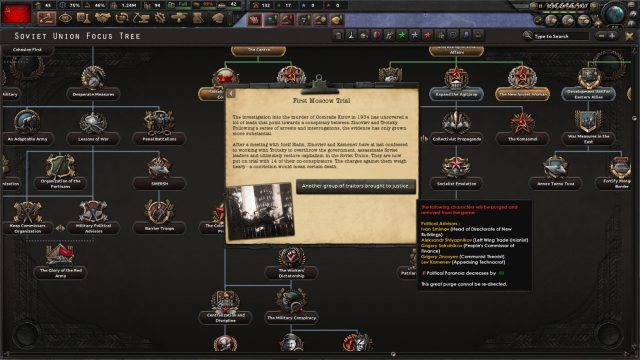 The cherry on the top of that experience comes in Hearts of Iron 4: No Step Back, the latest and greatest expansion that provides the most comprehensive simulation of the wartime USSR. The biggest country in the world was a part of the game from the beginning but in a semi-placeholder state. No Step Back introduces many changes in how the Soviet empire worked, behaved, struggled, and overcame the many challenges in the first half of the XX century. Well, not all. It avoids the ugliness of civil war, collectivization, and Ukrainian famine. Its earliest start is set for 1936, just before the final industrialization push and the first phase of Moscow trials.

Yes, the infamous Moscow trials. No Step Back doesn’t try to whitewash good old Ioseb Besarionis dze Jughashvili AKA Koba AKA Stalin. It places him front and center, implementing the concept of paranoia that plagued his decision-making and led to disastrous purges.

Don’t make him mad. You wouldn’t like him mad 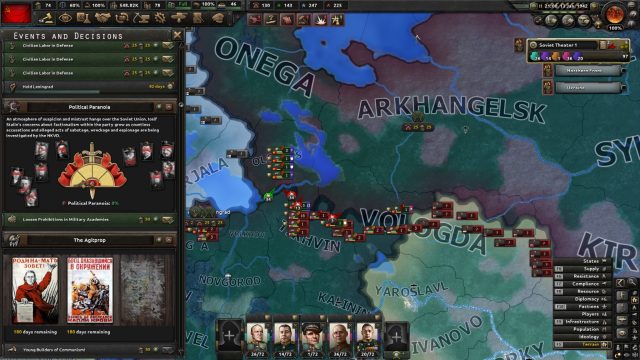 Paranoia works as a destabilizing factor in internal politics, rising unexpectedly and randomly, triggering purge events after reaching a certain threshold. Stalin’s mood swings often meant the difference between life and death to people from his immediate circle. Sometimes, the repercussions were USSR-wide.

The game offsets paranoia buildup by sometimes offering the choice – get rid of the perceived „saboteurs/wreckers“ and suffer a country-wide debuff, or ignore the impulse but build up more paranoia, risking triggering the purge that can deprive the country of governing or military talent. The system is relatively complex and offers means of expunging itself by going along with the flow. By selecting specific national focuses, you can expand the Moscow trials, eventually unlocking the option to assassinate Leon Trotsky in Mexico and eradicate the perceived „Trotskyist plot“. The paranoia system thus leaves the game for good, enabling you to breathe and prepare for the Barbarossa. 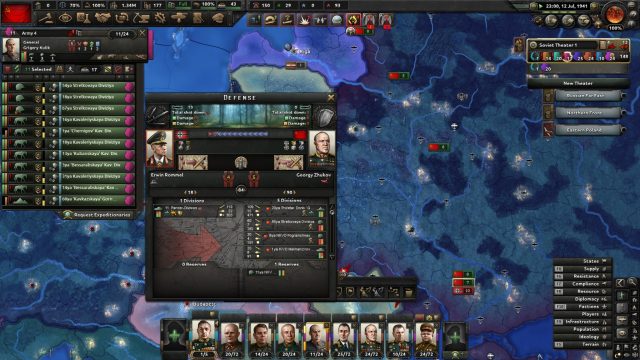 The real beauty of the game is that Barbarossa is entirely optional. Germany might find primary targets elsewhere if you deselect „historical focus“ before you begin the game, leaving you in peace. Another viable option is USSR without Stalin. You can opt for a different faction of the communist party, going full Trotsky and triggering another civil war. Options don’t stop there, as you can decide that the Right opposition, personified by Nikolai Bukharin, is the ultimate option. Each option branch further, presenting you with a host of different possibilities for governing the USSR and exporting the revolution abroad. This is fascinating stuff, never before explored in a video game.

The national focus tree is the real meat of the expansion. It’s by far the biggest in the game, offering plenty of (conflicting) options. It has more than three hundred nodes, which can be intimidating at first. Polish and Baltic states’ national focuses are also updated, providing the means of reacting or resisting the clash of the titans that’s about to roll over them. 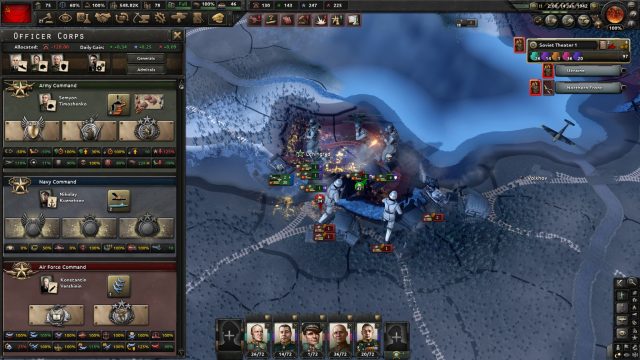 Let us focus on warfare for a bit. No Step Back introduces Army Officer Corps and Army Spirits system, two significant new additions for fine-tuning your offensive and defensive doctrines. Army Officer Corps provides staffing and tactic postings, enabling trickle-down bonuses to the corresponding branch of the armed forces. Army Spirits further expands upon that, going beyond staff choices to implement combat doctrines. Using all that in correlation with the custom divisions you had designed and trained gives you unprecedented freedom to profile your military.

The Supply system is reworked from the ground up, and now it’s segmented into the chain of supply dumps. It still depends on infrastructure, but now it’s easier to spot the bottlenecks and fix them. Apart from the basic infrastructure bonus of each province, an integral part of it is the level of railroad going through it. Right now, the supply system seems finely tuned to USSR. If you play as the German Reich, it’s very difficult to run out of supplies while invading Russia.

Amphibious assaults benefit from artificial harbors you can build in naval dockyards. Mulberry harbors were essential for the operation Overlord, providing supplies for the freshly landed troops. Without those, prolonged engagements such as the battle for Caen wouldn’t be possible. 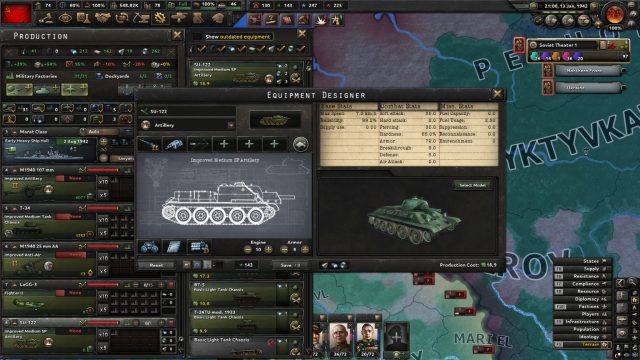 Great new additions to the game are equipment designer and railway guns. Taking a cue from the ship design introduced in Man the Guns expansion, No Step Back enables you to design your tanks, assault guns, and other vehicles. Depending on researched technologies and industrial capacity, you can reeeealy go wild here. Want to create the ultimate tank destroyer that would make Jagdtiger meow and cover? You can do that here with a few clicks.

Suppose your appetite for violence is still not satiated… If you wish to emulate Erich von Manstein’s smashing of fortress Sevastopol with giant Schwerer Gustav railway gun, you are in luck. Railway guns are a great new addition to the game, providing mighty combat bonuses for any attacker facing an entrenched enemy and fixed fortifications. The downside is the necessity to move those guns using the existing railway network. You won’t be able to deploy them everywhere you please, but they have a fairly good range to compensate for that limitation.

Hearts of Iron 4: No Step Back offers, by far and wide, the most comprehensive simulation of the wartime USSR. During the last 40+ years, there was an untold number of serious wargames that tackled the Eastern front. This one, however, stands head and shoulders above all. Hail to the king, baby.

PREVIOUS POSTHow to Catch Aerodactyl in Pokemon Go, Aerodactyl Too High to Catch

NEXT POSTHow to Set Traps in Sea of Thieves