It seems that the Life is Strange series is destined to forever waddle in its puddle of mediocrity. What started as an interesting take on adventure games back in 2015 is now an increasingly bland example of repetition. While this verdict may not be the opinion of the die-hard fans, the concept is now showing clear signs of aging. 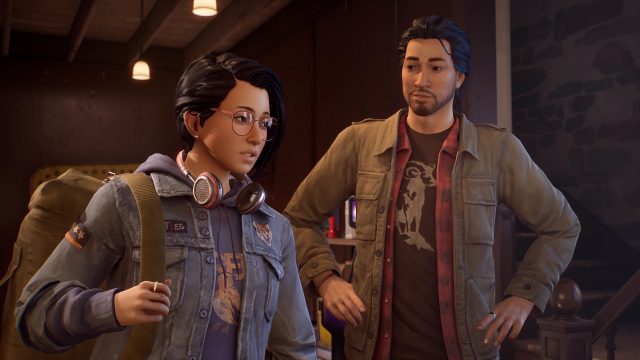 Like other LIS games, True Colors stands on top of three main pillars: small-town mystery, angsty teen drama stuffed with paranormal elements, and the Netflix version of Psychology 101. Alex Chen, the protagonist of True Colors, is a 21-year-old Asian-American girl who just got out of the foster home hell in Portland. From there, she went to reunite with her estranged older brother Gabe in Haven Springs, Colorado.

It’s so easy to laugh

Our heroine is your typical feisty goth Gen-Z hipster with superpowers that the series is known for. This time, there is no temporal rewinding and no telekinesis; Alex is an empath, someone with the capacity to understand or feel what another person is experiencing from within their frame of reference. While it may not seem like a big deal of a superpower, Alex’s empathy goes significantly further than your everyday empathetic friend. Alex Chen can see and feel people’s emotions and their root causes. If someone is overwhelmed by their feelings, Alex will inevitably start to feel the same. Once she focuses on people, she sees a colorful aura their emotions emit, revealing their… true colors (gasp!). Unlike the previous LiS protagonists, Alex is aware of her power, so it’s natural for her from the beginning. 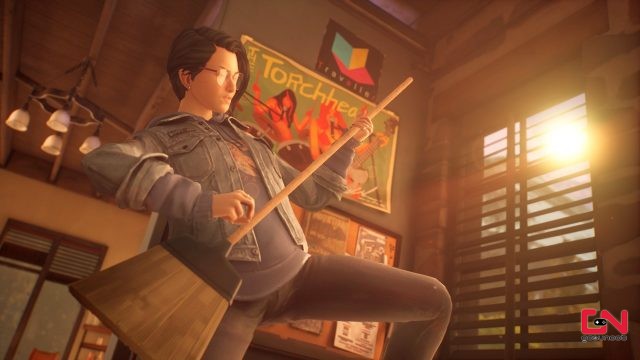 Haven Springs is a cute little mining town in Colorado, with picturesque scenery and a handful of charming characters. After the (heavily advertised) tragic events of the first chapter, it is up to Alex and her new friends to dig out the truth behind Gabe’s untimely death. She teams up with Ryan Lucan, the local ranger kid, and Steph Gingrich, who works at the record store, and is a series veteran from the Before the Storm. Predictably, Alex will uncover more than just the clues about Gabe’s death. As it unfolds, their investigation aspires to dive deep into the circumstances of the tragic accident and the other troubles of both Haven Springs residents and our unlikely heroine.

It’s so easy to hate

Instead of exploring many of its potential strengths, LIS: TC relies too much on what is, objectively, its weakness. Several characters’ astronomical potential is wasted on side stories with little or no impact on the main narrative. For instance, the case of Eleanor Lethe, a charming old florist who has Alzheimer’s (in Greek mythology, Lethe is the personification of oblivion, and the daughter of Eris, who represents strife). The sequence where you help her carry out a mundane task remains the most disturbing and well-executed part of the game. This happens relatively early in the game, only for the tone to dial back to the lazy Netflix teen drama type. This, along with a nervous breakdown of Gabe’s girlfriend Charlotte later in the game, is where True Colors shines. Elsewhere, it focuses on speeding up the already thin story. 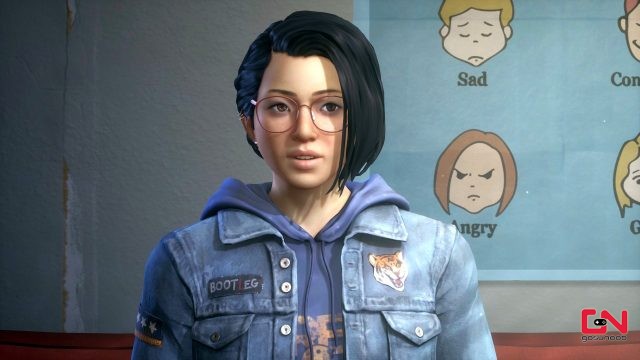 As you search for clues about your investigation and talk to people, you will also uncover more of the problems with the story. The game seems to love shoving exposition down your throat. To add insult to injury, LIS: TC spreads its narrative too thin and fills the time with meaningless events, save for a couple of sparkling moments. For example, when the squad goes LARP-ing to cheer up Charlotte’s son Ethan. It is only then that Alex Chen truly feels like the part of the gang in Haven Springs, even if the game is hell-bent on telling you she already was.

It takes guts to be gentle and kind

That is the crux of the issues here. Things in Haven Springs are the way they are because the game is so eager to tell you so. The cute and homey town quickly starts to feel like an extensive set for a streaming soap opera directed at preteens. It even has an in-game social network and automated SMS-ing to tell you the story. Instead of taking part in it, the game forces you to observe the narrative.

Most characters are well-written, except, maybe, Alex. She becomes pretty likable only around the fourth chapter (or fifth). Her unnecessary sarcasm and unfunny quips about small-town life come off as cold and unempathetic. Super empath, my ass. 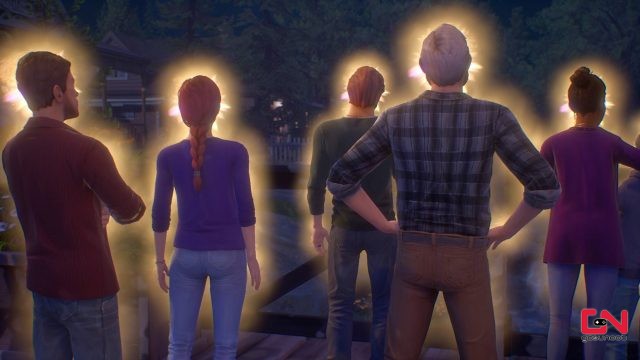 Much like the countless teen dramas it resembles, LIS: TC has many tropes and clichés that suffocate any thoughtfully conceived message. Combine that with cringe-worthy dialogs, and you got yourselves a recipe for inducing eye rolls.

These kinds of adventures rely on their writing, and that has failed here. The script wants to sell itself as extraordinary while being slightly below the threshold of ordinary. Yeah, LIS: TC is moving and sincere if you are new to this exciting literacy thing. The pacing is also off – nothing big happens until the end, and the only thing that choices seem to affect is the romance option. The game manages to feel both too slow and too rushed at the same time. That has to be an achievement. 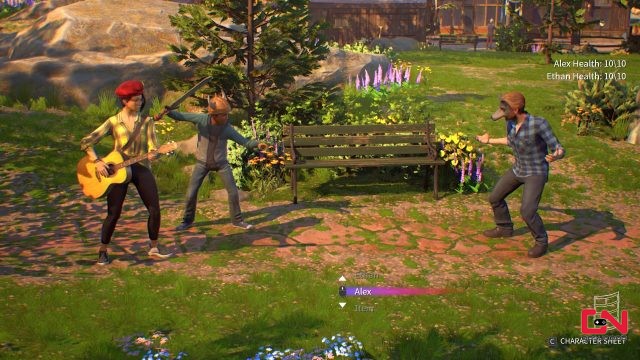 However problematic, the True Colors can be enjoyable on occasion. Sure, it will not blow your socks off, but there’s a moment or two to enjoy here. Do not scratch too deep beneath the surface, though, or its shortcomings will soon become too obvious. The same goes for the visuals – as long as you’re not spending too much time in close-ups with the decade-old textures, you will enjoy it.