If you don’t know who the heck is Miles Morales, we don’t blame you – the guy was introduced in 2011. as a replacement for late Peter Parker, an… Wait, Peter is dead? When did that happen? Original Spider-Man perished in one of Marvel’s giga-confusing comic timelines. Still, since no one there ever actually dies, he resurfaced in other forms of licensed entertainment, most notably, Marvel Cinematic Universe (MCU) movies. It’s all mildly annoying for the average media consumer. Unless you are experiencing Marvel through all available entertainment forms, you probably will never have a complete picture of mixed realities, parallel worlds and numerous friendly neighborhood human arachnids that inhabit them. 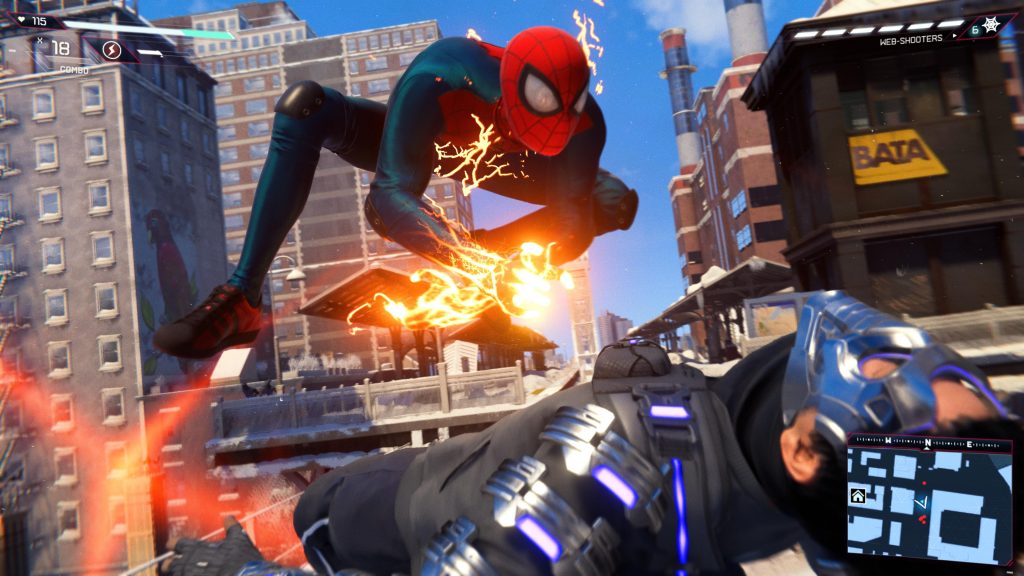 A case in point for confusion is that Peter is not dead in „our“ Miles Morales timeline – instead, he plays his mentor’s role. Miles is still new to this Spider business – you might know all the details if you had played Marvel’s Spider-Man (2018), PlayStation 4 exclusive that brought Miles Morales and Doc Ock origin stories. We would definitely recommend playing that game before diving into MM. Also, watching Spider-Man: Into the Spider-Verse, which won Oscar for Best animated feature in 2019, couldn’t hurt. 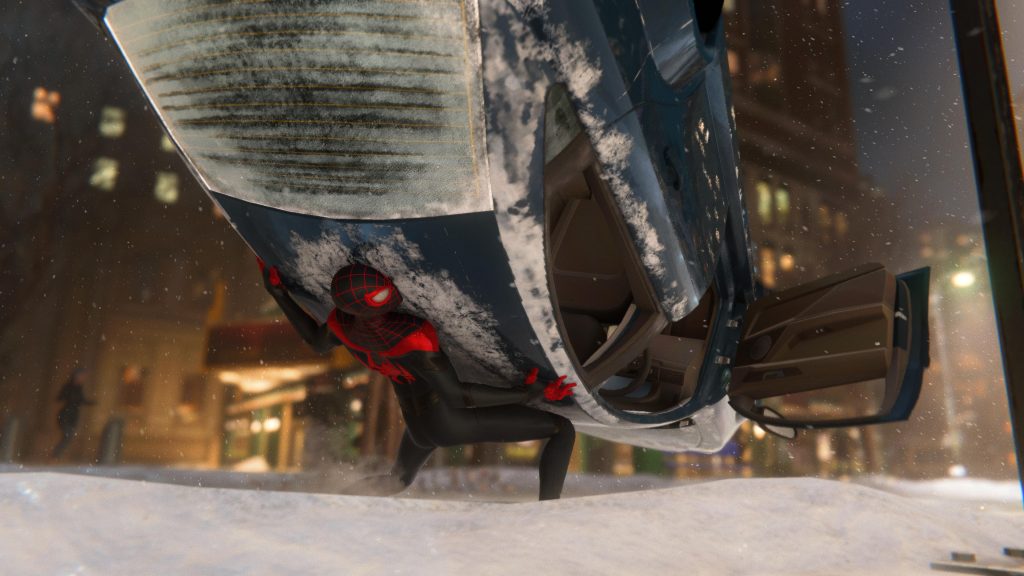 Marvel’s Spider-Man: Miles Morales is one of four launch first-party titles for Sony PlayStation 5 (also available for PlayStation 4). The game is significantly shorter than the previous one, at least considering the main storyline. It was most likely initially conceived as a DLC and expanded into a full game due to COVID-19 induced delays, which threatened the rest of the launch lineup for PS5. That’s why it carries „low“ price tag of 49,99 USD, peanuts compared to 69,99 USD, the new standard price for some first party SONY titles such as Demon’s Souls Remastered. AAA gaming is fast becoming quite an expensive hobby, or maybe SONY has antiqued views about it. It remains to be seen if Microsoft will profit from that controversy with the Xbox Game Pass. 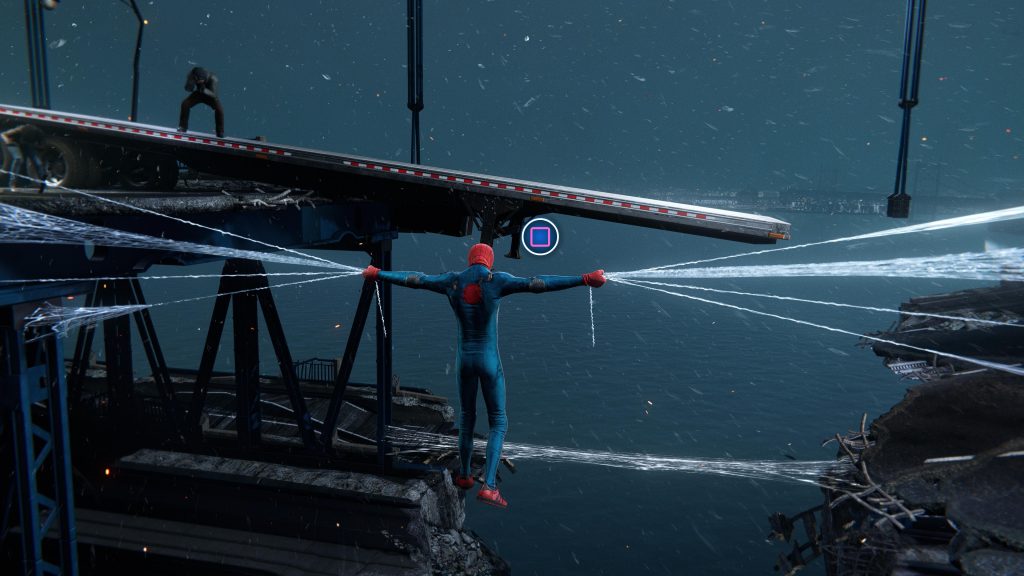 But, we digress. Miles Morales, a young Black/Latino nerd whose policeman father died heroically in the line of duty, is slowly learning the ropes of being his own version of Spider-Man. When Peter Parker departs for the vacation trip to Europe, Miles is left solely in charge of New York’s security and well being. His home and primary area of operation is Harlem, a borough selected by Roxxon corporation as a test-bed for a new type of safe and clean energy. Experimental power plants utilizing the “Nuform” compound are reportedly very safe, at least according to Roxxon charismatic, environmentally conscious (wink wing, nudge nudge) young CEO. 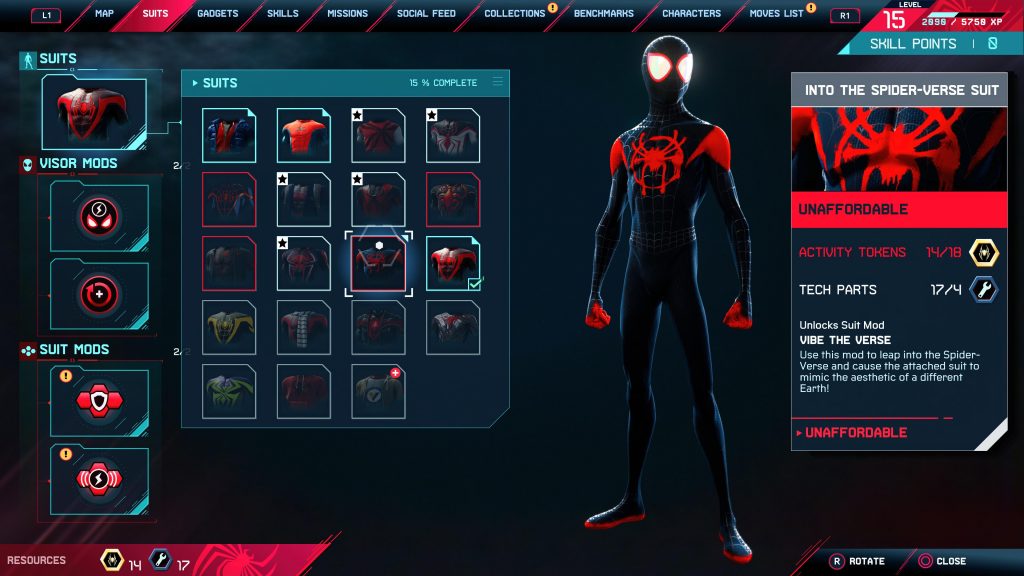 Someone smart once said that every Star Trek episode in existence is based on one of four templates, stuffed with different flavored filler and filmed in the first take. The plot of Marvel’s Spider-Man: Miles Morales draws inspiration from an even shallower pool of inspiration: it’s an absolute cliche, probably constructed with Marvel Automatic Plotline Generator (MAPG) software developed in 1984. for Spectrum 48K on some parallel Earth. The sheer, banal predictability of everything, including the characters and threat to New York, is outdone only by the absolute silliness of the roles of everyone you meet. We wish to avoid going into spoiler territory here. Still, it’s safe to say that you’ll be able to instantly deduce the entire plotline, every transparent “twist” from start to finish, provided you don’t fall asleep on the wheel (or rather, web) after the first 30 minutes of this compressed tedium.

Even if the story is dull and predictable AF, the whole package is somewhat saved by spectacular, over-the-top action. Miles Morales is Spider-Man 2.0, a new and improved version of a web crawler with the ability to turn invisible and use the inherent bio-electricity to augment his punches. Combat pieces are mardi gras of pyrotechnics and epilepsy-inducing, aural/visual mega-mayhem designed to showcase the immense power of PlayStation 5. We suspect that this demonstration of the power of its GPU and its SSD speed is the main reason for this game’s existence, as those are only features worth remembering. 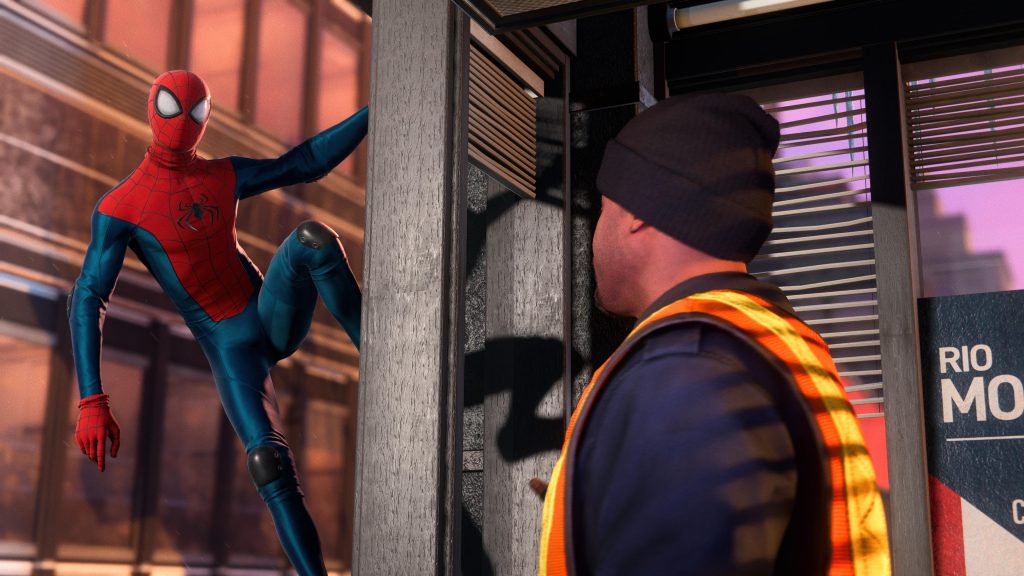 Apart from the main storyline, there are numerous side activities designed to extend this shallow experience. Thanks to your nerdy sidekick, you now have a smartphone app that enables concerned citizens to request help from Spider-Man. It is a somewhat glorified way of spamming you with procedurally generated missions that you will be inclined to tackle because all suit and gear upgrades have cost in activity (and tech) tokens. You earn those with almost any side activity, quest, time, or skill trial, which are mostly the same as in the previous game. There is one notable and admirable exception – sound sampling. Like his father and uncle, Miles is an amateur composer who utilizes and combines environmental sounds in his pieces or „beats“. Sampling micro-quests requires that you re-trace your father’s footsteps and record one particular sequence of sounds, thus learning an essential lesson in life’s balance. Or something. It requires a slight bit of imagination and sleuthism, but there are automatic hints if the game decides that you aren’t fast enough. Those auto-hints are almost as annoying as a suggestion that you could lower the difficulty after repeated failure in some games, our number One gripe in developer’s pandering to modern gamers. Almost. 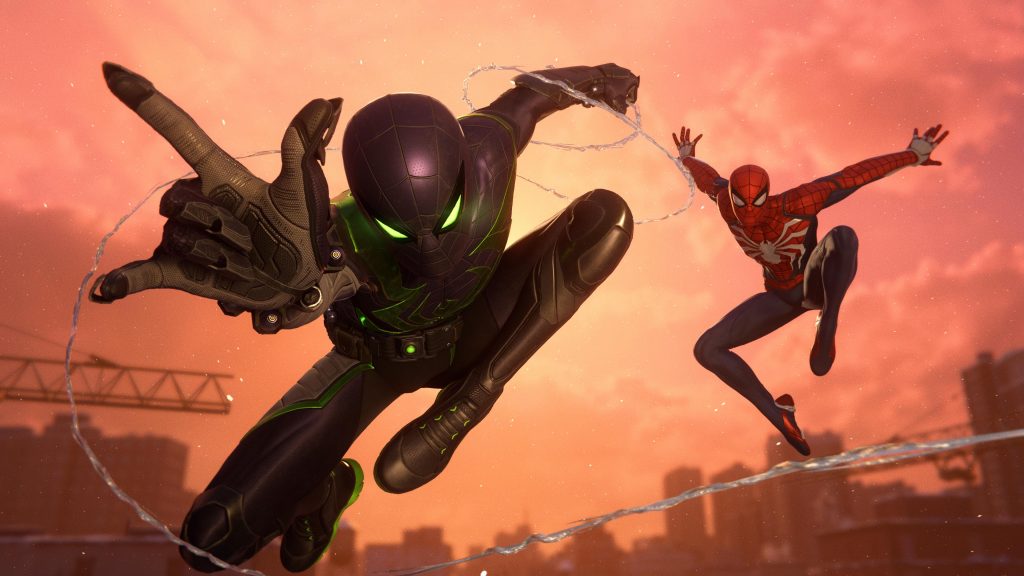 So, does the good still outweighs the bad? Yeah, but not by a large margin. Sure, the action is explosive, web-swinging is impressive and exciting, but the dull and tedious plot is a much stronger force than those two combined. You are likely to forget everything about this game less than a week after completion, which is a rather unfortunate side effect of every piece of entertainment designed by the committee.