Crepelgate Fort is one of the locations in Assassin’s Creed Valhalla. It is situated in the northwestern corner of Lunden. You’ll find an ability book there, along with a nickel ingot and two chests. The ingot is in an ornate locked chest, and you’ll have to find the key before opening it. This guide will show you all wealth locations in Crepelgate Fort in AC Valhalla.

The ability book is hidden in the building next to the tower, in the northwest of the fortress. Look for an opening at the bottom of the tower, and use it to enter the building. Move the shelf to reveal a hole, then drop down and you’ll find the book of knowledge on a pedestal. It’ll unlock the Man’s Best Friend ability, which allows you to summon a wolf to aid you in battle.

Where to find key?

The key to the ingot chest is on the square with the cages, in the same place where one of the regular material chests is. An enemy has it, so you’ll have to steal it or kill him to get it. 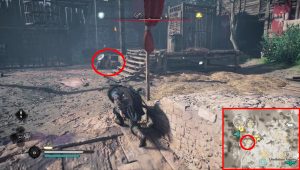 Once you have the key, head east until you find a pit. Don’t just jump in – it’s filled with snakes. Deal with them using your bow and arrows, then drop down and unlock the chest to get the ingot. 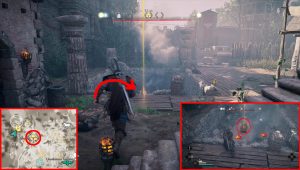 All that’s left after that is the final chest, which is in a building in the northeast. It’s the one with the hay cart in front of it. There’s a door that’s been blocked up with stones and rubble there, and a cart full of red pots next to it. Shoot the cart to blow a hole in the wall, then head inside to find the chest.