When One Punch Man came out, it disrupted the anime scene with its unique blend of humor and gore. It was just a matter of time when we would see someone create a game based on the guy that is a hero just for fun. Bandai Namco was the natural choice; they’ve made many successful adaptations of popular anime and manga series. After several great Dragon Ball games, expectations were high. 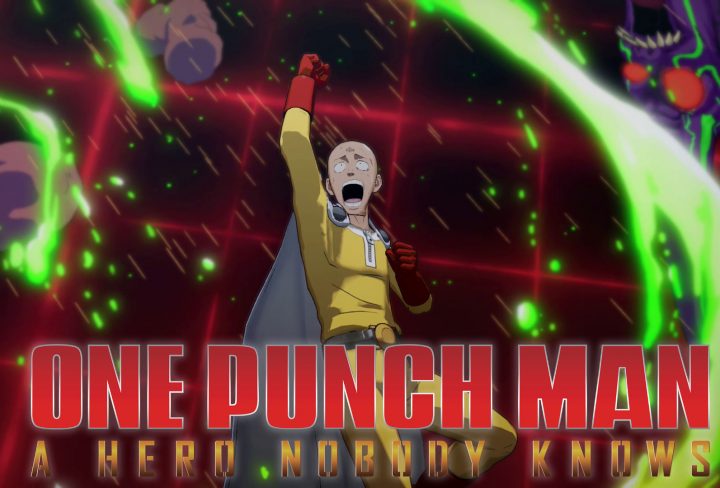 The beginning of the game promises to deliver on those expectations, because you start with a fantastic character creator. It lets you modify many aspects of your hero, with the highlight being the various accessories that you can attach to all parts of your body. Rotating and fine-tuning their position can really create a character that will perfectly fit with the crazy designs in the anime. The best part is that you can change your appearance at any time throughout the game as you unlock additional customization options.

The game’s main story follows the first season of the show. Your goal is to increase your hero rank. You will do so by doing side quests, Hero Association Branch missions and Association HQ missions. Most of these will, naturally, make you fight various monsters. Association HQ and branch missions are grinding missions to help you level your character and rank up. Side missions are there to introduce you to various heroes and take you through mini stories with them. This will also unlock these heroes for team battles and PvP. Unfortunately, most of these side missions are pretty dull. They are mostly fetch quests with poorly-written dialogue, and they feel like a chore. Only rarely will they tell a good story or bring a smile to your face. I caught myself enjoying the grinding quests more, since there is no dialogue and you go straight to fighting. Still, if you’re a fan of the anime, you will enjoy meeting all those characters. (from both the first and second season). This does not seem to make up for the repetitiveness of the tasks.

One Punch Man: A Hero Nobody Knows is an arena fighter. You have several basic attacks, dodges and blocks that are supplemented by your chosen fighting style. You unlock fighting styles by progressing through the story and doing side missions for various heroes. You can then unlock special moves by learning them through side quest activities from each of the heroes that practice that specific style. This gives variation to the fighting and, once you are bored with fighting like Tank-top Crew, you can easily switch to Genos’ mechanical style or Blizzard Bunch’s psychic attacks. Each style has its own advantages and disadvantages, so you should be able to find the one that suits you the best.

Fights require you to approach each opponent with a good plan and tactics. Button-mashing will only work against the easiest opponents. You will have to time your defenses just right and plan your moves so they don’t miss or get interrupted. All the special moves that you’ve seen in the show are present, and they are quite spectacular when they land. This was the best part of the fighting for me. On the other hand, as you level up your character’s stats and make them stronger, the fights against lower-level enemies become a dull grind. You will really have to learn how to fight if you want to defeat other players and tough monsters. There’s a definite skill gap between truly mastering the game and having a chance to beat stronger enemies and your average player, who will really struggle.

The arenas themselves felt underwhelming after a while. Most of them look uninspired. Each fight can have random events spawn that can either help you or your opponent. These events can also put you in a great disadvantage or just straight-up kill you (I am looking at you, meteor shower). After a while, you start mostly ignoring these events and focusing on doing good combos and blocks. The arenas are bearable, but I can see quite a lot of room for improvement in their graphical interpretation and overall game mechanics.

The original twist in this game is that you will have other heroes join you halfway through the fight. You can then switch to the new hero and his / her fighting style if you feel that will help defeat that particular monster. This system was implemented because of how absolutely overpowered Saitama is. Whenever he joins the fight, you can just one-punch the enemy to oblivion. Having Saitama arrive after you’ve been struggling with some monster for the past five minutes can be extremely satisfying. The great thing about this system is that often you will get characters created by other players. More times than not, the game will summon someone from your friend list, and their character come to your help. This really improves the social aspect of the game.

If you enable online play, you will see other people’s characters run around the city doing their own thing. This is a great way to see other players’ heroes and how they customized them (you will see some truly unique characters). You will also be able to befriend them or just communicate with them through emotes and basic sentences. This made the world feel more alive and dynamic. 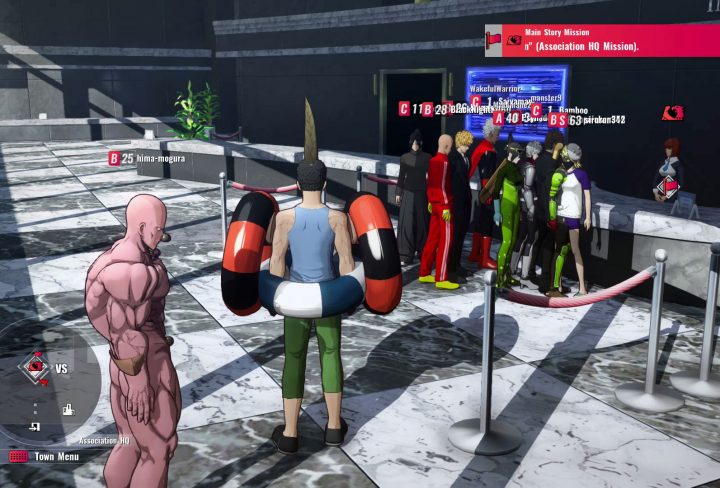 On the technical side, the game does not reach some of the other anime adaptations we have seen in recent years. At first, it all looks and works fine, but as you get to play more, you start noticing that things could have been much better. Non-player characters will not load in time and will just pop up in front of you. Although the graphics are decent, they are nowhere near the quality of what we’ve seen in Dragon Ball Z: Kakarot. The lip-syncing is horribly done. The music gets repetitive real fast. Voice-overs, both Japanese and English, are only present for the most important main story missions and it feels very unnatural. You constantly have the feeling that this is the bare minimum needed to call it a finished product and has been done so much better elsewhere.

The worst thing are the loading times and how the game loads things. I’ve played the PS4 version of the game on PS4 Pro, and the game loads after each cutscene and scene change. This makes the most important scenes in the game, when you fight the biggest monsters from the show, frustrating and completely lose their pacing. You arrive to fight Carnage Kabuto and have a cinematic cutscene, followed by a one-minute loading screen to start the fight. After the timer expires, you get a loading screen. Now we have the Saitama cutscene. Another loading screen that takes 30 seconds (that feel like a lifetime). The fight as Saitama against Carnage Kabuto lasts for 5 seconds because, you know, one punch! Another loading screen to get another cutscene. Most of the time, these pivotal moments felt like they were comprised of as many loading screens as there were fights and story. 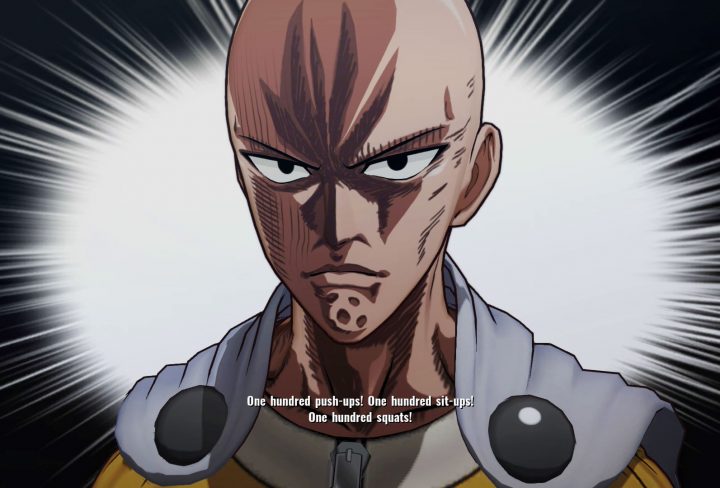 One Punch Man: A Hero Nobody Knows has a good set of features and delivers on most of them. Its problem is that most of those features feel like they were just barely done. As you play the game, you start noticing more and more that things could have been done better and have been done better in other fighting games and anime adaptations. The only feature that stands out in the crowd is the customization system. Aside from a few true laugh-out-loud moments, the game fails to rise above average, and that’s a shame, because it is based on a show that did just that.

NEXT POSTDivision 2 Rikers Chest Locations in Warlords of New York