Lots of times, successful „cute“ games comfortably sail by the combined power of cuteness and gameplay, their devs consciously treating the question of technical evolution as something costly and not really necessary. Nintendo made a global empire following that star, firing the volleys of sweet and simple (shaded) prom queens riding one-trick turtles, always compensating for the low-powered hardware and promoting that compromise as a badge of honor. We frankly need something better than that, if for nothing else, than to prove that you can have the cake and eat it too. We need a prom queen who is also a nuclear scientist; We need Ratchet & Clank: Rift Apart, a game that makes zero compromises whatsoever, proudly reminding everyone that there is a powerful reason for the switch to the new generation of hardware (pardon the pun). 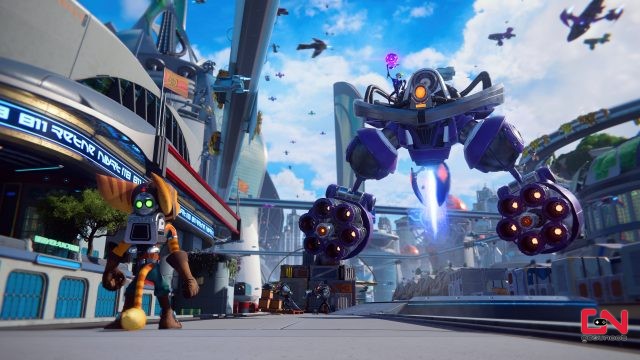 One unavoidable fact related to Ratchet & Clank: Rift Apart is that it is probably the most beautiful game in existence. I mean that in the absolute sense, regardless of genre, platform, or any other attribute. This is THE peak of visual fidelity in gaming, K2 of impeccable graphics, a real triumph of the fused might of master design and computational power. What better way to sell everything else it has to offer than enchant the player with visuals even Pixar would drool over?

At the same time, Ratchet & Clank: Rift Apart does not try to reinvent itself as something no one expects. At its core, it’s still a silly shooting 3D platformer we have loved since the debut on PlayStation 2 nineteen years ago. It successfully avoided the trap of becoming serious while growing up, only its toys and wardrobe became more expensive. 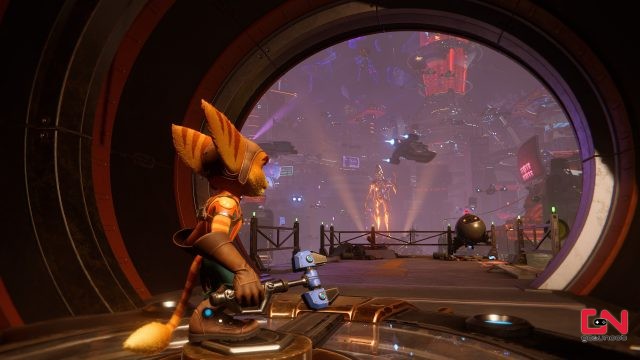 That Rift in the title is both the narrative hook and the chief reason for the PlayStation 5 exclusivity. The story is all about dimensional hopping, instantaneous warping through portals to different dimensions, righting the wrongs, and kicking (mostly) robotic butts. Ratchet’s old nemesis, Doctor Nefarious, had stolen and abused the Dimensionator, thingamajig that enables said portalling, forcing our indomitable Lombax and his backpack droid to give the multidimensional chase. In parallel dimensions, our heroes will meet their counterparts who often hijack the whole show. Rivet, the female Lombax is the sweeter and more passionate version of Ratchet, and Kit is the Clank’s counterpart with an explosive secret. 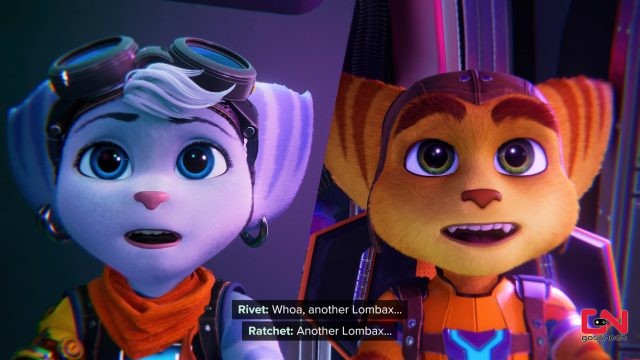 The technical aspect of dimensional warping is even more exciting than its place in the story. Ultra-fast switching between levels with different geometry was heavily promoted by Sony as the chief benefit of fast SSD in PlayStation 5, and in practice, it works even better than advertised. It’s a real, working technical marvel of 3D engineering, made possible with uncompromising vision regarding platform availability – Rift Apart will never be ported to PlayStation 4 or PC (at least not in the foreseeable future) because it is organically tuned to the PS5 hardware. We need more games like this one as the real progress is possible only with the strict, exclusive focus – I’m sure that Horizon: Forbidden West will be cool, but I’m also positive that it would be far, far more technically impressive if not being designed in parallel for the console from 2013. 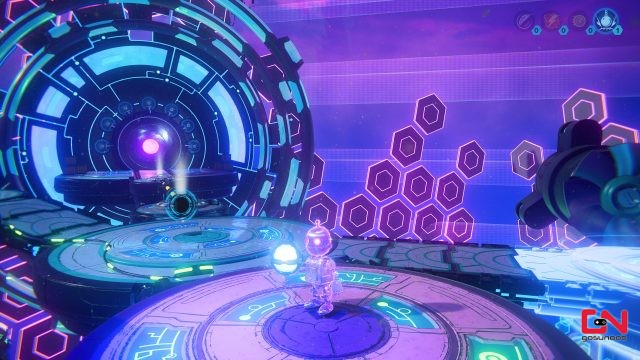 Ratchet & Clank: Rift Apart never takes itself too seriously. It goofs around with cartoonish plot and villains that serve as a backdrop for the frantic action you’ll get to experience from the start. Perspective shifts between Ratchett and Rivet, tying the two protagonists into one narrative. Most of the action in core levels revolves around shooting and, to a lesser extent, platforming, and there are two other activities starring the droidic helpers. Simpler and more action-orientated is the cleansing of infected computers, which you’ll perform as Glitch, anxious micro-droid specialized for obliterating viruses. Second, more interesting activity is the arcadish puzzle starring Clank or Kit, in which you construct the pathway for the ghostly “images” of your quantum-parallel robotic selves (or something). It’s similar to 3D Lemmings and entirely optional, so you can’t get stuck here if you are unable or unwilling to solve it. 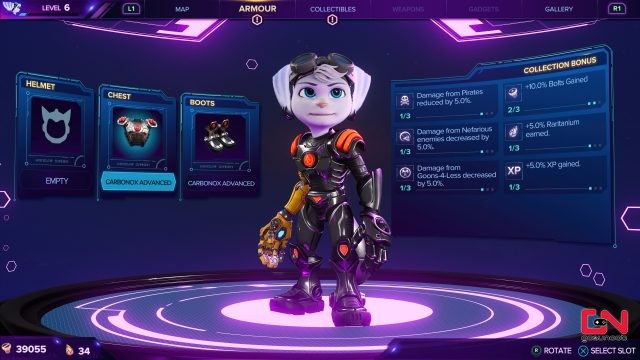 Weapons are the highlight of this impressive game, and apart from a few old favorites, most are brand new. There is an upgrade system in place tied to usage on each weapon which unlocks the possibility to invest specific resources for purchasing upgrade nodes. Simply put, the more you use one particular weapon, the more powerful it could get. Ammunition is limited but readily available in crates that regularly spawn in combat zones, so you can’t really end up dry.

Contrary to a great many games marketed for children but made difficult even for the experienced adults (we are looking at you, Crash Bandicoot 4), Ratchet & Clank: Rift Apart can comfortably be enjoyed by PEGI 7 audience. Combat is fun and easy, occasional trick platforming segments are slightly more challenging but manageable, and only the puzzles could become a problem, but they can be skipped without consequences. 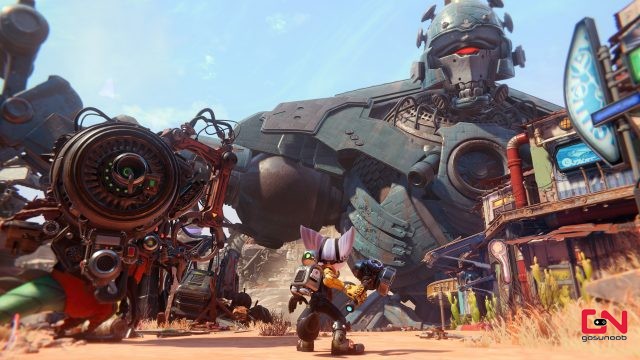 If you own a PlayStation 5, there is no way you would miss this one. Ratchet & Clank: Rift Apart is an essential purchase and probable classic in the making. It really is that good, and it definitely should be played by everyone.