Midsummer Island adventure in Genshin impact has entered its second phase and you will be tasked with investigating a mysterious device. After you’ve been introduced to Golden Apple Archipelago and have discovered the area by removing the fog you now get a second part of the adventure. Klee is on its quest to defeat Dodo-king. She recruits help from Jean, Barbara and you. Mysterious device will show up in the water and you have to investigate them. We got stuck at this step and thought we help others like us. You’ll learn how to investigate the mysterious device in Genshin Impact for the Midsummer Island Adventure event. 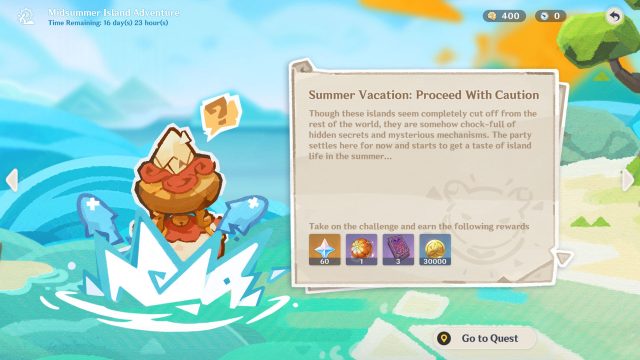 Go to the Midsummer Island Adventure event page and then go into event details to reveal the second step. It will give you a quest to go to the Golden apple archipelago. Once there you have to wait until the next morning between 8am and 10am. Jean, Barbara and Klee will start a conversation with you. Klee explains that mysterious devices appeared in the ocean and they look like buoys. You will get the next quest step that requests you to confirm your combat readiness. To complete it talk to Klee, Jean and Barbara. You’ll now get the request to investigate the mysterious device. 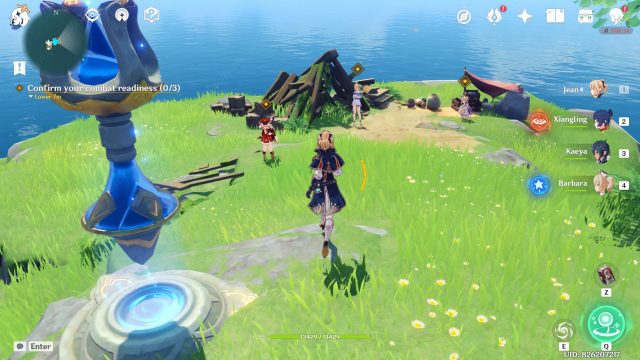 Go to a nearby waverider summoning point and start sailing. I’ve tried going near each of the buoys, but that did not investigate them. I even tried climbing them and jumping on them. It didn’t work. When in doubt shoot! Pressing the left mouse button will shoot your waverider’s cannon. Hit the mysterious devices a couple of time. That should destroy them. This “investigates” them as well in the broadest sense of the word. After destroying all three narrow devices you will get the next quest step. 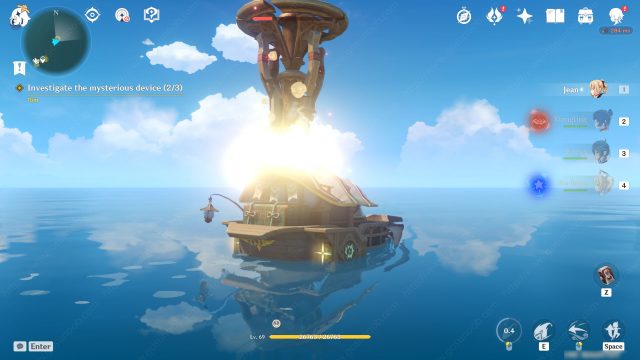 You will now see a new set of islands rising from the water. Investigating the center of the new islands will reveal the possible location of the Dodo-king. You will also be able to do a new challenge to get materials for the special event shop. There are also new Echoing Conches to be found.